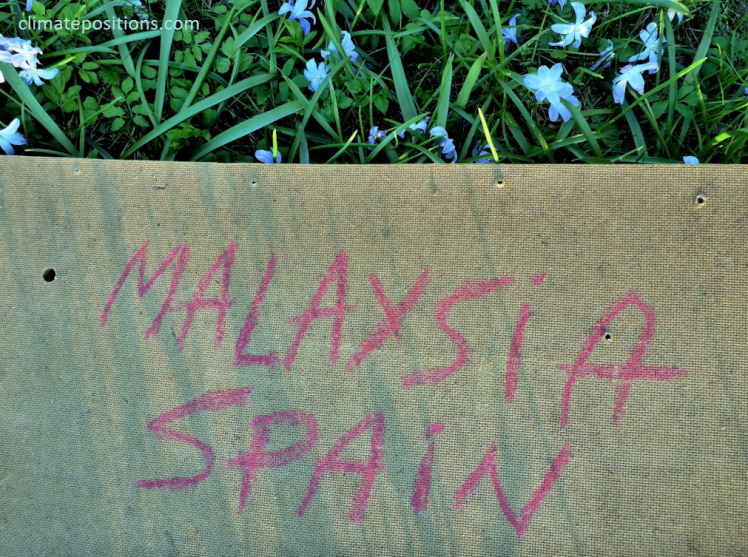 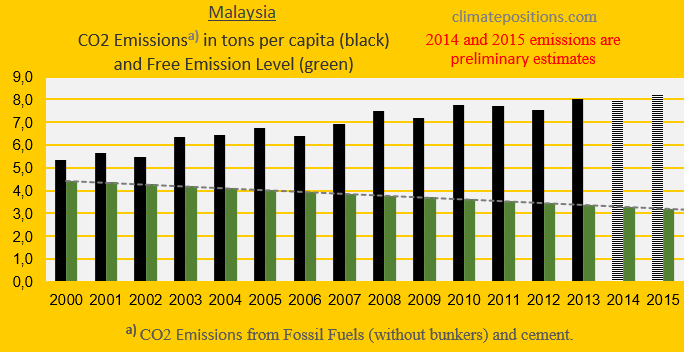 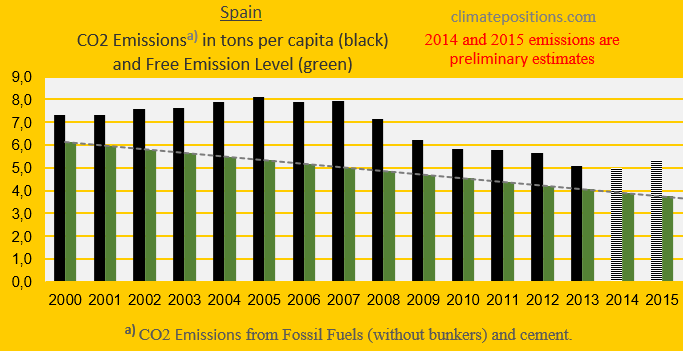 The next two diagrams show CO2 Emissions in tons per capita, in decades. Malaysia must reduce emissions by 39% by 2020, compared to 1990s, while Spain must reduce by nearly 49%. The grey bars are world emissions average. 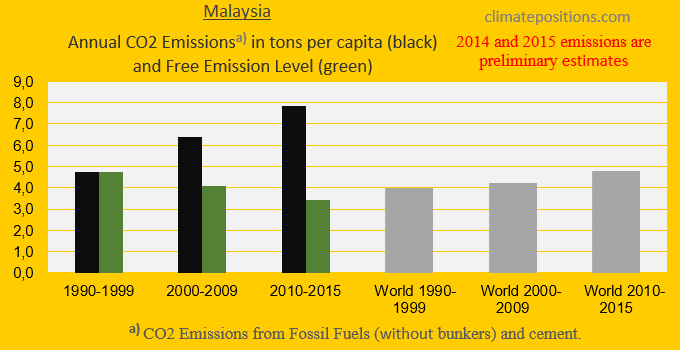 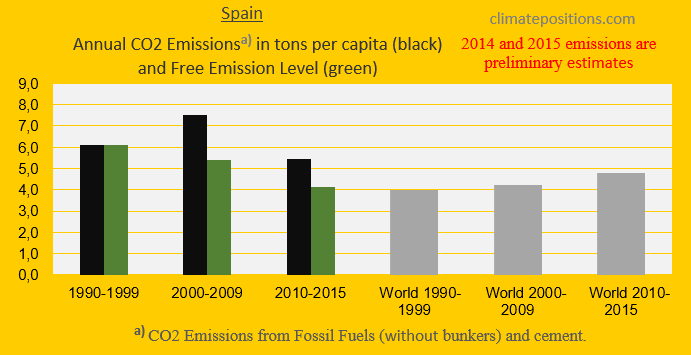 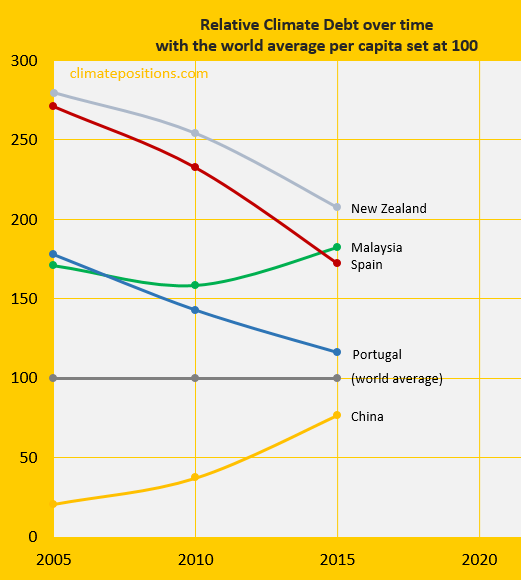 The diagram below shows the per capita GDP(ppp-$) of the same five countries and the world average. The wealth of Spain was 28% higher than Malaysia’s, in 2015. 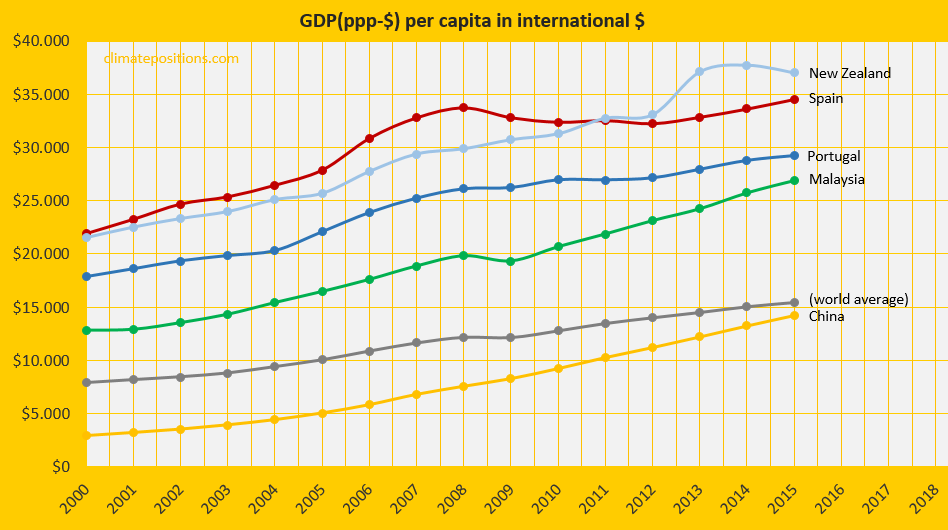 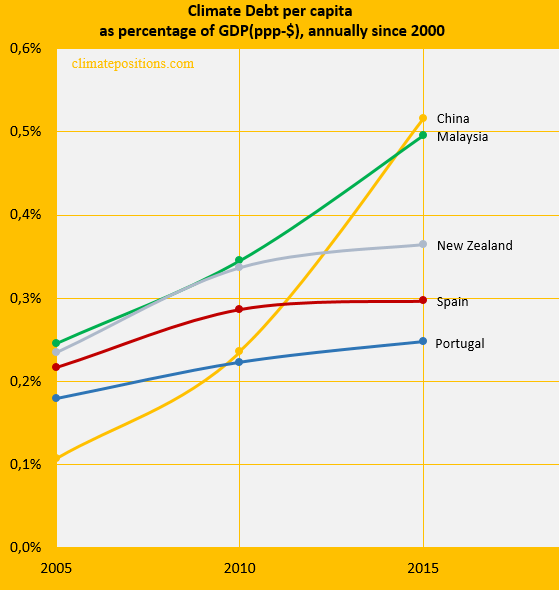 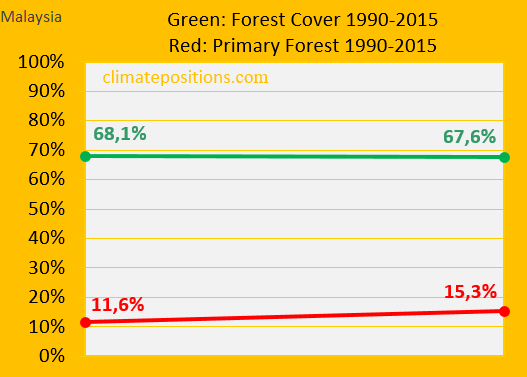 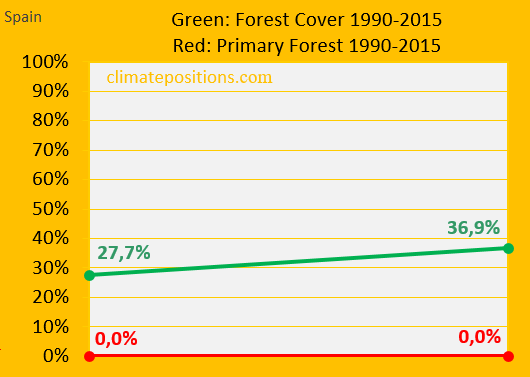 The relative Environmental Performance over time of Malaysia, Spain and China, with the world’s average set at 100, is shown below. The ‘Environmental Performance Index’ published January 2016 (note that the data-year is set at 2014 in the diagram below) ranks Malaysia 63rd among 180 countries (see ‘Details‘), while Spain ranks 6th (see ‘Details‘).