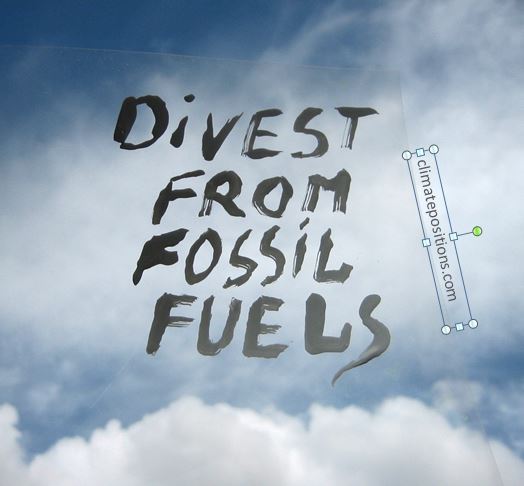 The estimated reserves of oil, gas and coal underground will, if extracted and burned, release 3,700-7,100 Gigatons CO2 (billion tons). However, only 550-1,270 Gigatons CO2 can be burned before 2050, since the United Nations has decided (!?) to keep the rise in temperature below 2°C. If the UN plan is followed, then only 8%-34% of the estimated reserves can be extracted and burned over the next 40 years. Many scientists believe that this assessment is overly optimistic; read this ‘article‘. Subject to uncertainties, this is the basic challenge faced by the world leaders, the Fossil Fuel Companies and mankind. Given the huge investment costs of search and extraction of Fossil Fuels one would expect the search to fade out, but this doesn’t seem to be the case.

‘The Carbon Underground 200’ has identified the 100 largest public coal companies, and the 100 largest public oil and gas companies, based on estimates of the potential CO2 Emissions. In 2013 the total reported fossil fuel reserves of the 200 companies would, if extracted and burned, release 546 Gigatons of CO2 – and the reported volume has increased by 8.4% since 2010. The 200 Fossil Fuel Companies are listed below with the largest CO2-pollution potential first. Note that the 200 companies are publicly traded (investable) and only represent a small portion (17% has been suggested) of the “proven” fossil fuel reserves worldwide. The remaining reserves are considered less regulated and reported.

Since the “proven” reserves of fossil fuel, when burned, far exceed the volume of CO2 the earth can endure the next 40 years, one can conclude that investments in Fossil Fuel Companies are, either: 1) Unprofitable, or: 2) Morally shady. If you compare the listed Fossil Fuel Companies with the Climate Contributions per capita of their country of origin (see the country ranking ‘here’), you will find numerous climate-destructive alliances. An international campaign started by ‘350.org’ wisely argues for divestment from Fossil Fuel Companies – the focus of the campaign is pension funds, foundations, universities, insurance companies, etc. Read this ‘Article‘.

Search on hundreds of company’s websites, general info, sustainability and social responsibility (CSR) ‘her’. Use the search box in the upper right corner (search the entire company name or part of the name).

Article in The Guardian about the fossil fuel divestment campaign: http://www.theguardian.com/environment/2013/oct/08/campaign-against-fossil-fuel-growing

Other articles about the divestment movement (University of Wisconsin): http://www.uwosh.edu/es/climate-change/divestment/other-articles-about-divestment