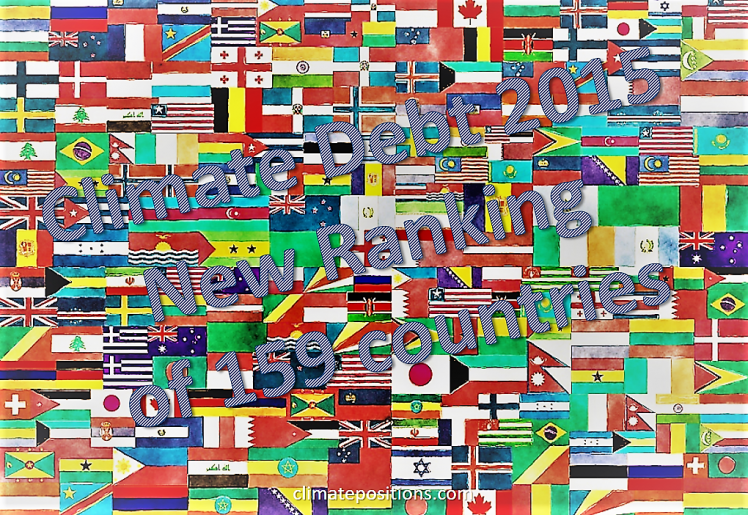 The table below of the 10 largest CO2 emitters (representing 70% of the global emissions in 2015) shows the national shares of the global Climate Debt in 2015 and 2010. China, Russia and Saudi Arabia stand out with extremely harmful developments, while the United States still has by far the largest Climate Debt. See the latest ‘Ranking’ of 159 countries.[Some figures in this article were corrected 22/5 2017]

The climate change performance of the United States is summarized in the table below. The growth in Climate Debt is slower than the world average (the large share is decreasing). The corresponding key-figures of all 159 countries are available in the menu ‘Calculation (Excel)‘.

Sources of the eleven ‘Indicators’ in ClimatePositions are available in the menu: ‘Calculations / Sources and Links‘.

Illustration with flags (from ‘pixabay‘) is by Claus Andersen 2016.