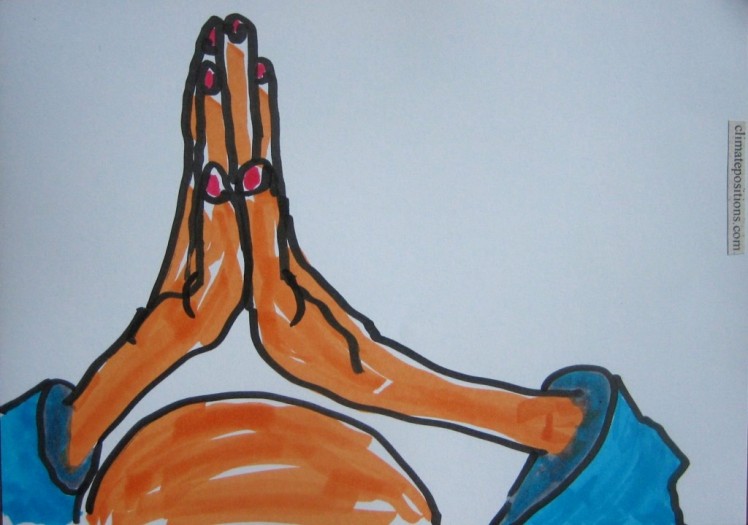 The trends in the table seem too uncertain to draw safe conclusions. The percentage of Christians tends to decrease along with increasing climate debt – opposite the Residual Group (with a large share of non-religious). But is this coincidence? The study below of selected countries might provide some answers.

33% of the people on Earth are Christians (Roman Catholic 17%, Protestant 6%, Orthodox 4% and Anglican 1%). Rank 4-10 of the worst performing countries in Climate Positions 2010 have large Christian percentages: Trinidad and Tobacco (66%), Australia (67%), United States (78%), Canada (69%), Netherlands (51%) and Belgium (64%). The last 5 are considered Full Democracies. 11 out of the 20 worst climate performing countries have Christian majorities and together the 11 countries accounts for 53% of the climate debt worldwide (in ClimatePositions 2010). Conversely, the 7 richest Contribution Free countries have large Christian percentages: Lithuania (90%), Gabon (77%), Romania (100%), Costa Rica (91%), Macedonia (59%), Colombia 93%) and Peru (93%). These examples suggest that Christianity is unprepared for the global damages caused by fossil burning.

23% of the people on Earth are Muslims. The 3 authoritarian regimes Qatar, Kuwait and United Arab Emirates are 68%, 74% and 77% Muslims and they were 1st, 2nd, and 4th worst performing countries among 145 in Climate Positions 2010. How 30-50 tons of emitted CO2 per capita annually are compatible with Islam requires lots of explaining. The authoritarian regimes Oman and Saudi Arabia with 86% and 93% Muslims were 11th and 12th on the list. Azerbaijan, Albania and Morocco with 80%, 97% and 100% Muslims were Contribution Free in 2010 (many poorer Muslim countries could be added). These examples suggest that Islam is unprepared for the global damages caused by fossil burning.

14% of the people on Earth are Hindus. Only 2 out of the 80 included countries have majorities of Hindus and they are both Contribution Free: Nepal (81%) and India (80%). 2 of the 4 worst performing countries have relatively large percentages of Hindus: Qatar (14%) and Trinidad and Tobacco (23%). Conclusions seem very weak.

7% of the people on Earth are Buddhists. Only 3 out of the 80 included countries have majorities of Buddhists and they are all Contribution Free: Bhutan (75%), Sri Lanka (69%) and Mongolia (55%). 3 of the 20 worst performing countries have relatively large percentages of Buddhists: Singapore (34%), South Korea (23%) and Japan (36%). Conclusions seem very weak.

² The Residual Group include terms as unaffiliated, none-religious and atheists.

Info on the 50 countries with the highest percentage of atheists ‘here‘.