During COP15 in Copenhagen in 2009, the horrifying truth dawned on me: the rich countries which are largely responsible for the climate change, will not contribute to a binding global climate agreement. Shortly after the summit, I began my search for knowledge and attempt to place the national moral responsibility for the collapse of common sense in the world community. Before COP19 in Warsaw in 2013 the site climatepositions.com was presented. (Claus Andersen, 2013)

Since 2013 several changes of calculation methods and Indicators have been made, however, the original concept of a fair Climate Damage Pricing or Climate Debt worldvide is unchanged.

The diagrams below illustrates the calculation approach since January 2022. New indicator is Biodiversity Loss, which replaces Ecological Footprint, Environmental Performance and Forest Cover (and Primary Forest). These changes favor some countries as compared to others. Also, the general level of accumulated Climate Debt has been reduced to around half (the level of Climate Debt worldwide is not science based). 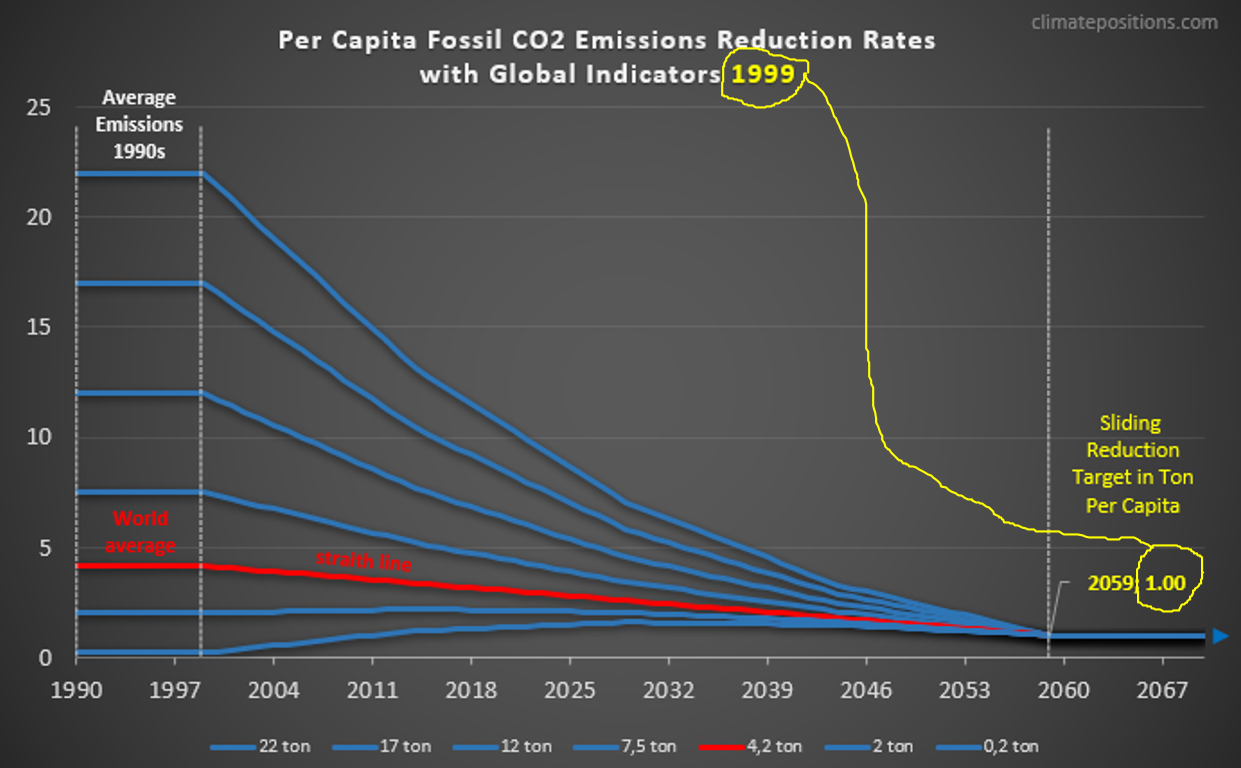 The impact of the indicators Biodiversity Loss and Nuclear Power+ are illustrated with two screenshots of Germany from the Calculation (Excel).

The screenshot below shows some key figures from the Calculation (Excel).

The yellow bubble is only relevant for countries with Emissions far below Free Level. In this scenario a large part of the unused Free Level is canselled.

The green bubble shows the percent of Biodiversity Loss (the source emphasizes that the inventory is still only a Beta version with gaps). In the calculation Biodiversity Loss lowers the Free Level (the green line) and thus increases the Climate Debt.

The red bubble indicates the trend of Nuclear Power generation before, and after, 2000, as share of the Fossil CO2 Emissions, calculated as if the Nuclear Power was generated with burning natural gas. The main problem with Nuclear Power is the unsolved problem with storage of the radioactive waste. 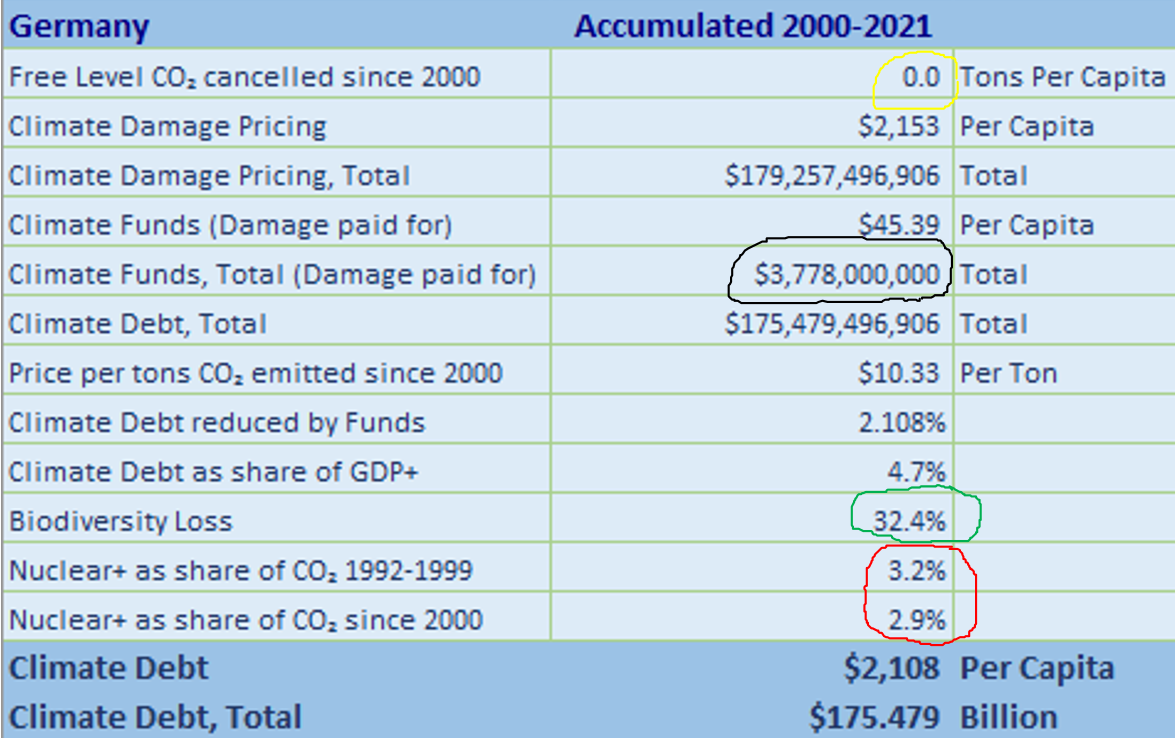