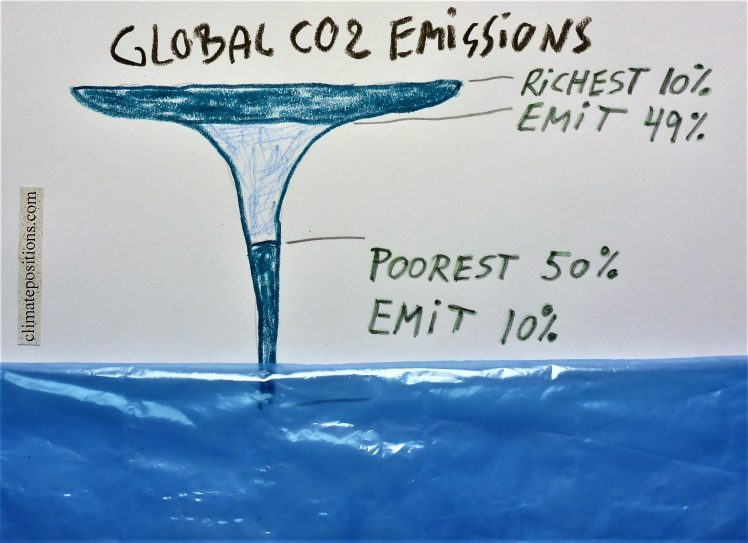 The next two diagrams show China’s the United States’ CO2 Emissions in tons per capita, in decades. The grey bars are world emissions average. 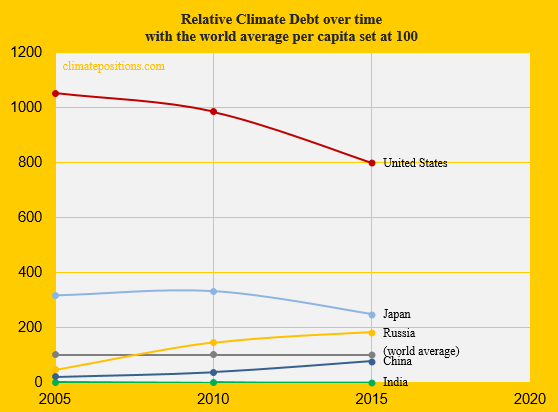 The diagram below shows the per capita GDP(ppp-$) of the same five countries and the world average. The wealth of China is just below world average, while the wealth of the United States is four times the one of China.

Among 144 countries with data on GINI coefficient² (wealth inequality) in ClimatePositions, 45 countries have Climate Debts exceeding $500 per capita – and within this country-group, China ranks 6th on inequality (only South Africa, Chile, Venezuela, Malaysia and Israel have more inequality), while the United States ranks 8th (Russia ranks 7th and Japan 29th). In other words, China and the United States belong to a small group of countries with both high climate change impact and large wealth inequality. The 45 countries account for 72% of the global CO2 Emissions from Fossil Fuels and cement, and 87% of the global Climate Debt.

According to the report ‘Extreme Carbon Inequality‘ (pdf 14 pages, 2015), from Oxfam³, the poorest half of the global population are responsible for only around 10% of total global carbon emissions attributed to individual consumption, while around 50% of the emissions can be attributed to the richest 10% of people around the world. The findings suggest that the average per capita carbon footprints of the 10% richest is 11 times as high as the poorest half of the population, and 60 times as high as the poorest 10%. Furthermore, the average carbon footprint of the richest 1%, globally, could be 175 times that of the poorest 10%. Read also this ‘Article in The Guardian‘.

Consequently, poor people around the planet, also in rich countries like the United States, have the moral right to demand redistribution of prosperity (from the rich to the poor) due to loss and damages of global warming … generally speaking.

The next diagram (below) shows Climate Debt of the five countries calculated as percentage of GDP(ppp-$), annually since 2000. See the updated ‘Ranking’. 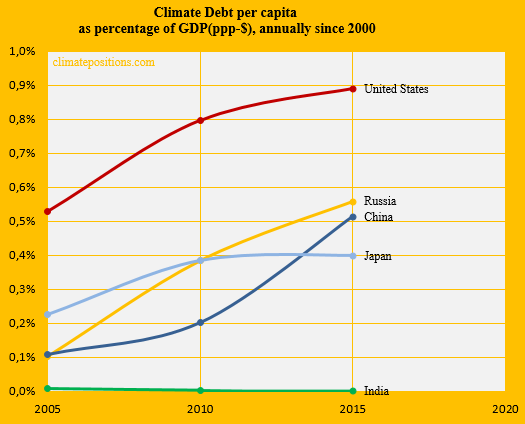 The next diagram shows the relative per capita Ecological Footprint without the carbon footprint, of China, the United States and India, with an average country set at 100. China’s footprint is below world average and considerably smaller than the one of the United States. 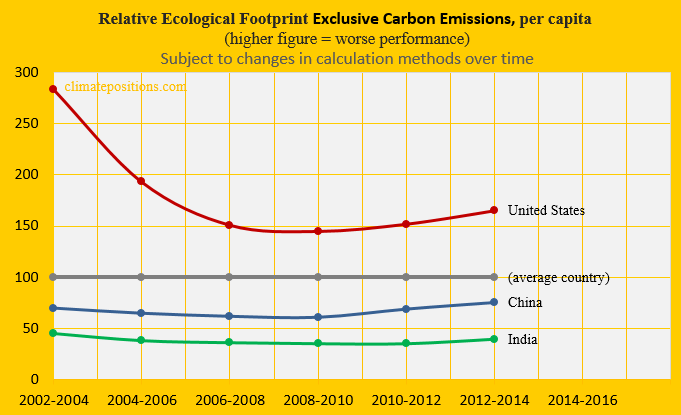 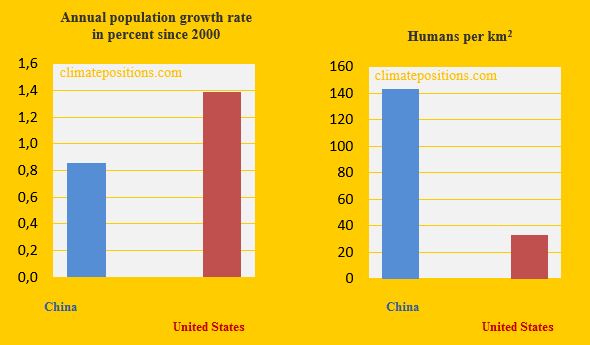 ³’Oxfam‘ is an international confederation of 18 organizations networked together in more than 90 countries, as part of a global movement for change, to build a future free from the injustice of poverty.

GINI coefficient by country is from ‘Wikipedia’.

Drawing by Claus Andersen, 2016 (the original diagram is from the report ‘Extreme Carbon Inequality‘).