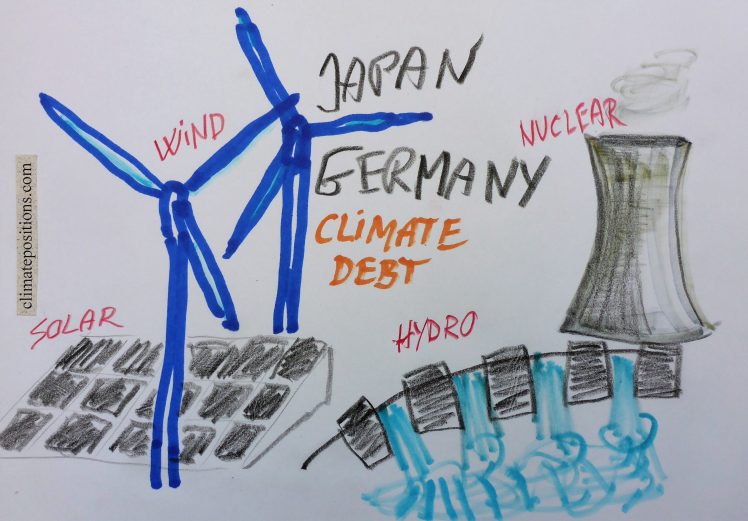 The next two diagrams show Japan’s and Germany’s CO2 Emissions in tons per capita, in decades. The grey bars are world emissions average. 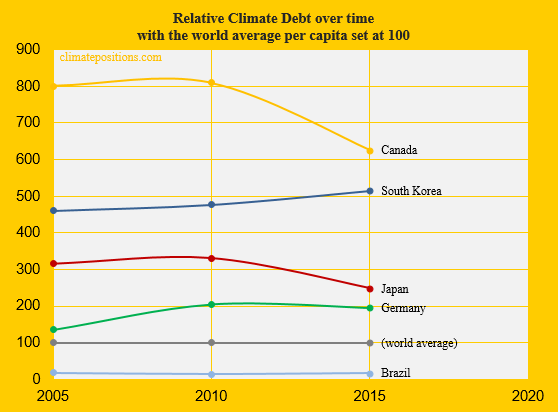 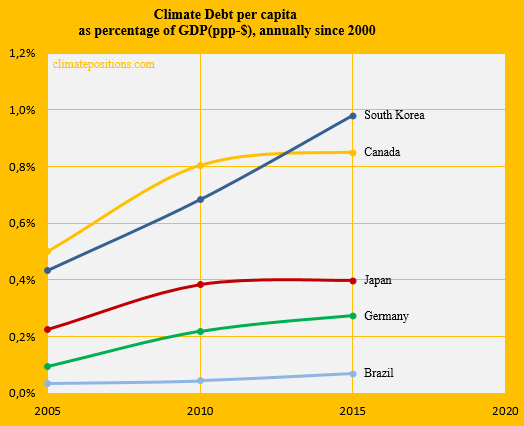 The next diagram shows the relative per capita Ecological Footprint without the carbon footprint of Japan, Germany and South Korea, with an average country set at 100. Japan’s footprint is below world average and considerably smaller than Germany’s. 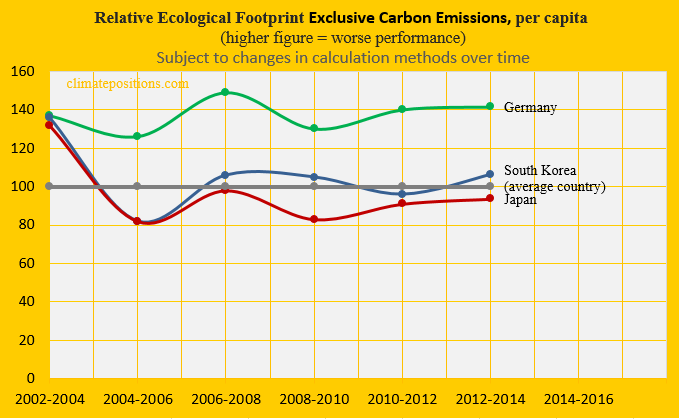 Japan’s renewable-share of the total Primary Energy consumption increased by 1.6%, while Germany’s increased by 3.0%.

The per capita Nuclear Power generation 2000-2015 is shown below. In 2006, Japan and Germany were the world’s 3rd and 4th biggest Nuclear generators (in 2015 the rankings were 27th and 7th, respectively). In the calculation of Climate Debt, Nuclear Power must be phased out similar to Fossil Fuels (calculated as if Nuclear Power was generated by oil).

Finally, the table below shows four key values of the five countries, in the calculation of national Climate Debts in ClimatePositions.