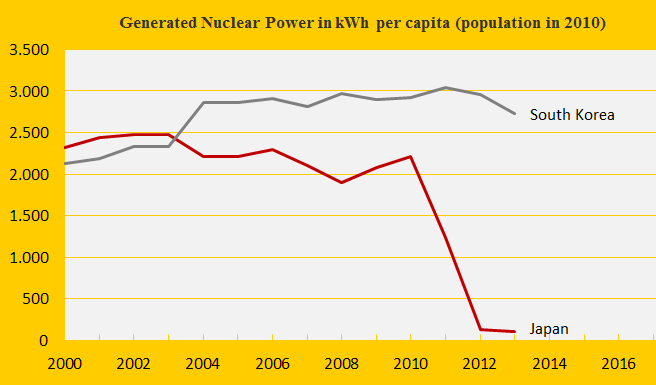 The two diagrams below show Japan’s and South Korea’s CO2 Emissions per capita in decades. The green bars show the Contribution Free Level and the grey bars are the world average. Japan has failed to reduce emissions since the 1990s while South Korea has increased emissions catastrophically.

CO2 Emissions annually since 2000 are shown in the diagrams below. The Japanese CO2 cutbacks after the global financial crisis in 2008 have been succeeded by equivalent increases. South Korea seems to have abandoned all climate ambitions after the crashed climate summit in Copenhagen in 2009 (COP15). 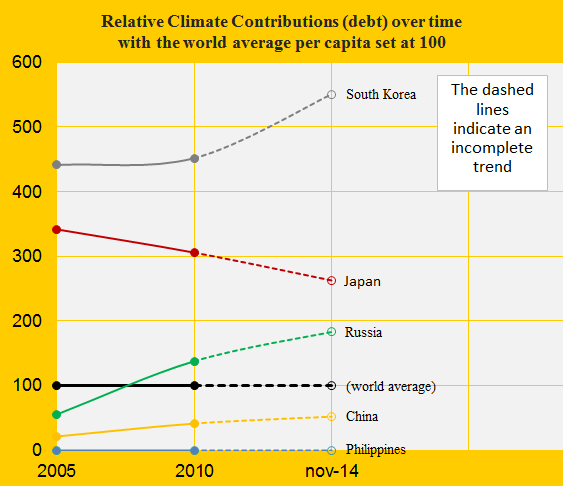 The next diagram shows the GDP(ppp-$) per capita of Japan, South Korea, China, Russia, the Philippines and the world average. Since 2009, the growth rates for Japan and South Korea were similar – which emphasizes the latter’s worse climate change performance (compiled in the last diagram). 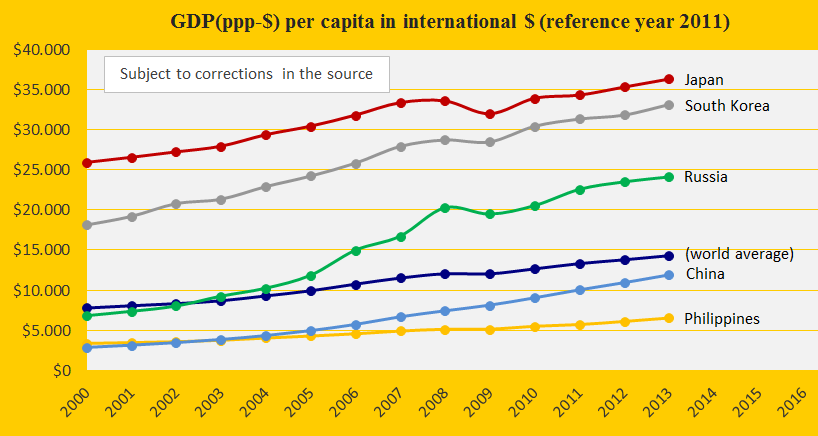 The last diagram (below) shows the accumulated Climate Contributions (climate debt) as percentages of the GDP(ppp-$) annually since 2000. Japan stands out with a deflected rate of increase, while South Korea, Russia and China continue in the irresponsible black track. 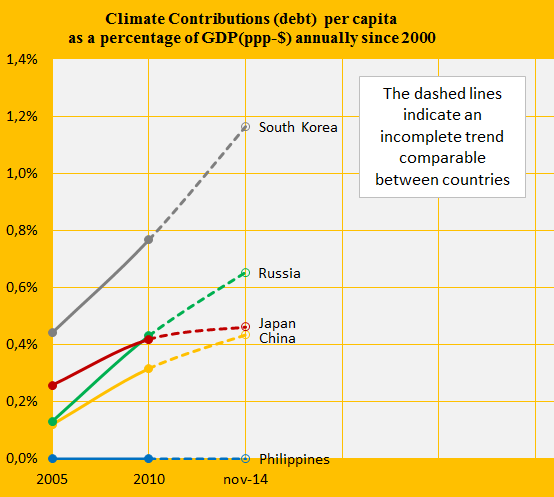 Among the trends that count positive for Japan and negative for South Korea are the indicators of the highly biodiverse Primary Forests. Japans Primary Forests has increased from 10.7% of the total area in 2000 to 12.6% in 2010 while South Korea’s has decreased from 42.9% to 29.7% (data of total Forest Cover is available ‘here’).