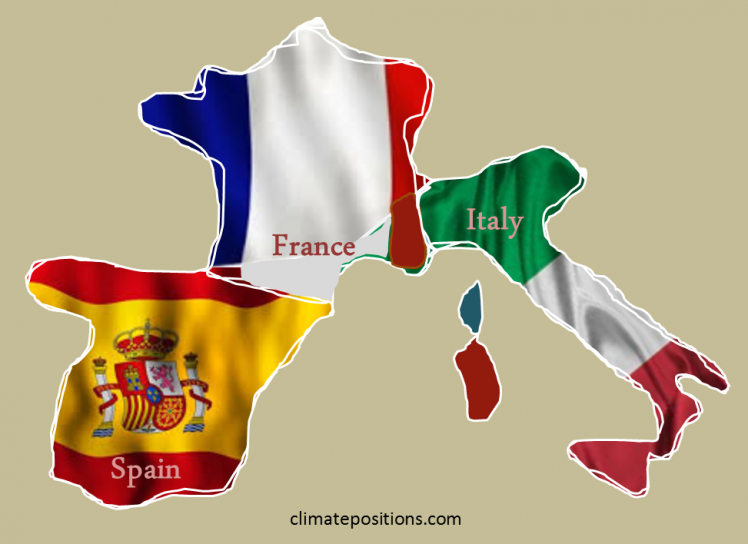 The three diagrams below show the CO2 Emissions per capita in decades of Spain, France and Italy in comparison with the world average (the grey bars). The green bars show the Contribution Free Level in ClimatePositions – the free level is determined by CO2 Emissions in 1990s and a number of continuously updated ‘indicators’.

The next three diagrams show the CO2 Emissions per capita 2000-2013 (2013-emissions are preliminary estimates). The total amounts of CO2 Emissions exceeded per capita since 2000 are: Spain 34.0 tons, France 24.6 tons and Italy 19.4 tons. The exceeded emissions are the basis of the calculation of national Climate Debt.

The diagram below shows the relative Climate Debt per capita since 2005 of Spain, France, Italy, Portugal and Switzerland, with the world average set at 100. All except Switzerland have continuously decreased the gap to the world average (note that the global climate debt has increased dramatically). 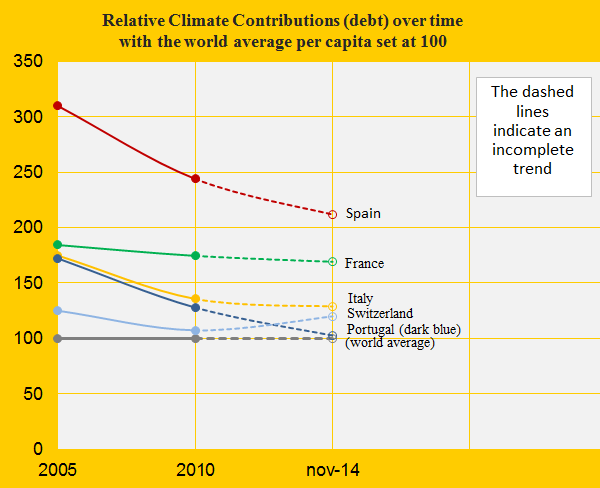 The GDP(ppp-$) per capita since 2000 of the same five countries, and the world average, is shown in the diagram below. Switzerland’s superior wealth is boosted by a so-called ‘tax haven‘ economy (unlike the others, Switzerland is not member of the European Union). 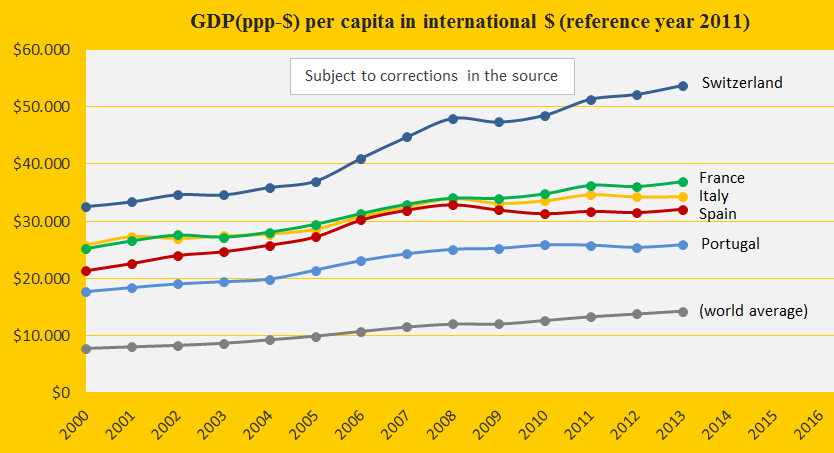 The Climate Debt calculated as percentages of the GDP(ppp-$) annually since 2000 are shown in the diagram below. Only Portugal has succeeded slowing down the growth rate considerably. See the ‘ranking’. 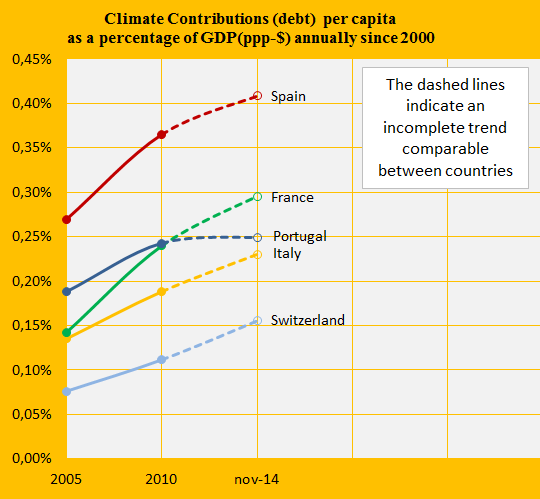 In ClimatePositions Nuclear Power generation must be reduced at the same rate as CO2 Emissions from fossil fuels (otherwise the Contribution Free Level is reduced, as in the case of France and Spain) – as it is, large quantities of dangerous radioactive nuclear waste is left for hundreds of generations to deal with in the future. 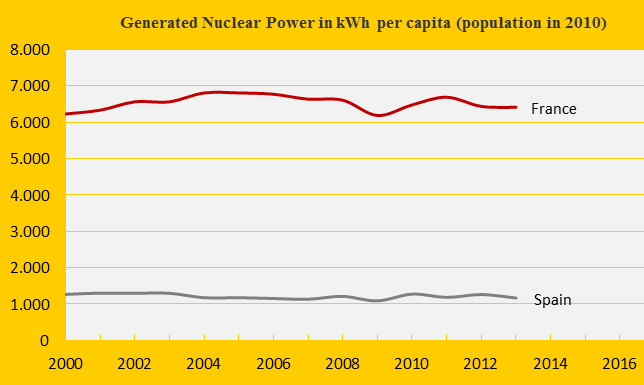 Image with countries and flags by Claus Andersen, 2015.