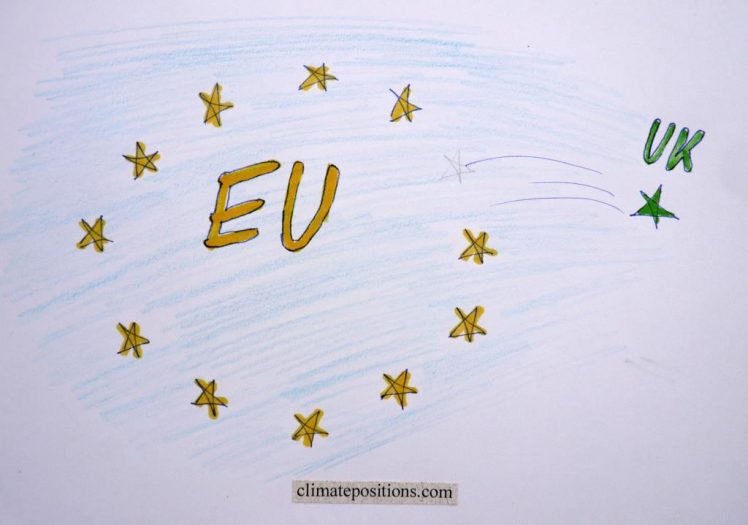 The first diagram (below) shows the per capita CO2 Emissions from fossil fuels (without bunker fuels) and cement production in decades in comparison with the world average. CO2 Emissions since 2012 are preliminary estimates. The green bars are the Contribution Free Level, determined by the level of CO2 Emissions in the 1990s and a number of continuously updated ‘Indicators‘. All years since 1974, the UK emitted 13% or 14% of the total emissions of todays ‘28 EU member states‘ (EU were responsible for 9% of the global CO2 Emissions in 2014). Note that historic CO2 Emissions prior to the millennium is not taken into account (with regard to the exceedance), when calculating the national Climate Debts in ClimatePositions. 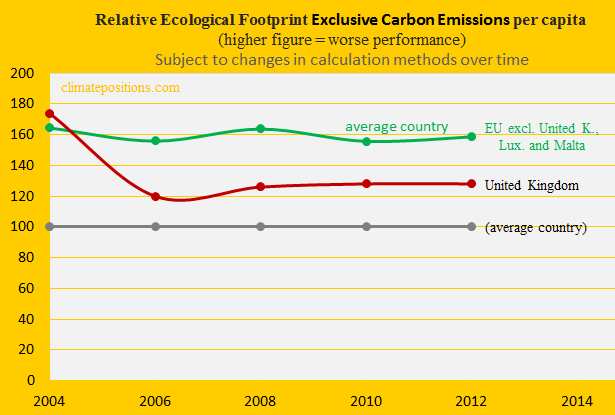 The diagram below shows the per capita Climate Debt since 2005, of UK and an average EU member (excluding UK, Luxembourg and Malta), with the world average set at 100. Since COP15 in Copenhagen in 2009, the UK has performed significantly better than the rest of the EU (on average). 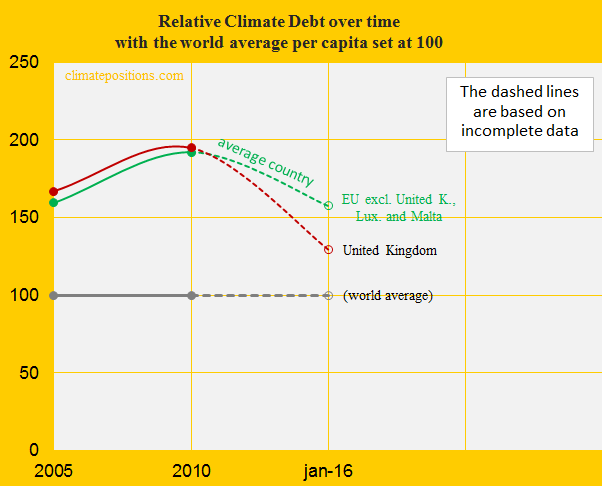 In 2014 the UK was the 22nd wealthiest country among 148 with full data in ClimatePositions. The diagram below shows the development since 2000, in comparison with an average EU member (excluding UK, Luxembourg and Malta) and the world average. 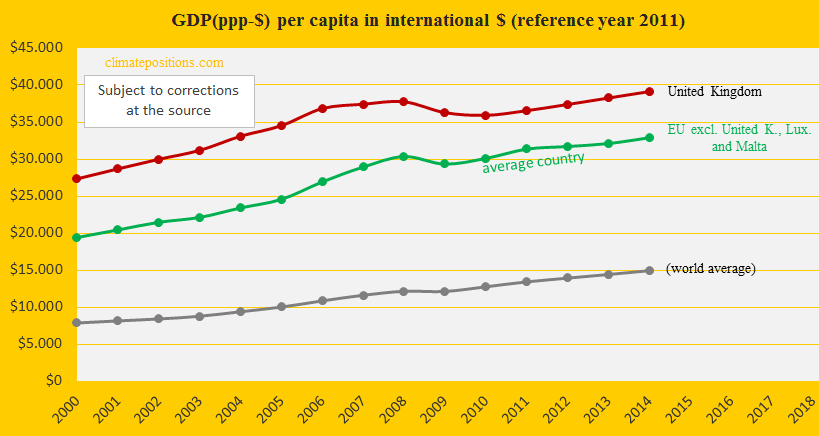 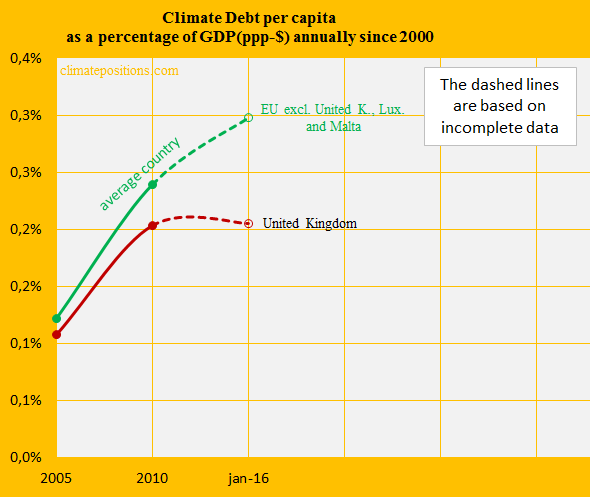 Data on energy consumption and production is from ‘U.S. Energy Information Administration (EIA)’.