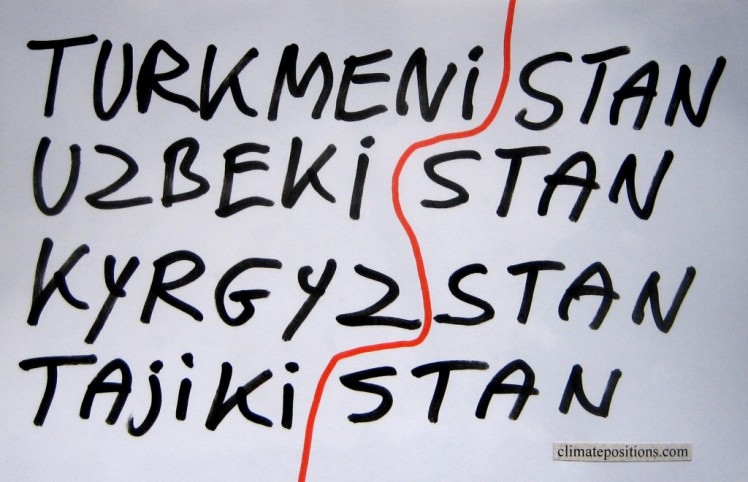 The four diagrams below show the CO2 Emissions per capita in decades of Turkmenistan, Uzbekistan, Kyrgyzstan and Tajikistan in comparison with the world average (the grey bars). The green bars show the Contribution Free Level in ClimatePositions – the Free Level is calculated on the basis of the level of CO2 Emissions in 1990s and a number of continuously updated ‘indicators‘. If the black bars exceed the green bars, on average, then the country has a Climate Debt.

The next four diagrams show the CO2 Emissions per capita 2000-2013 (2013-emissions are preliminary estimates). The Turkmen increase of emissions is in the champion’s league of climate destruction. 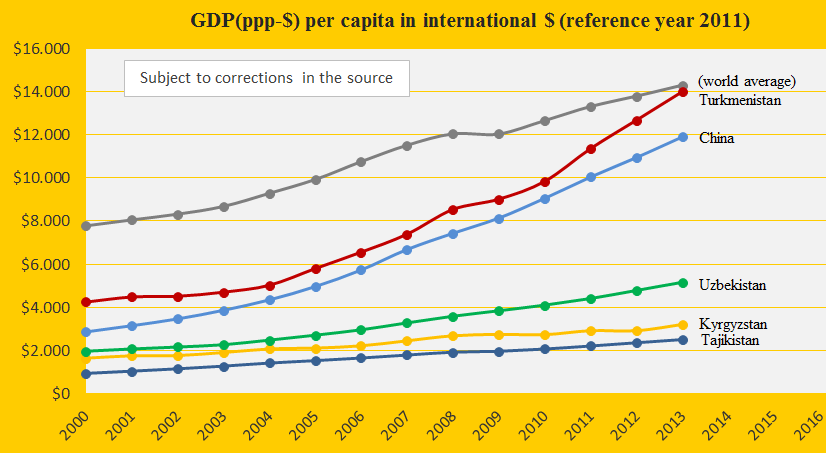 The last diagram shows the Climate Debt per capita as an percentage of GDP(ppp-$), annually since 2000, of Turkmenistan, Uzbekistan, China, Russia and Iran. The devastating Turkmen performance is ranked 10th among 147 countries and Uzbekistan is 55th. See the ‘ranking‘. 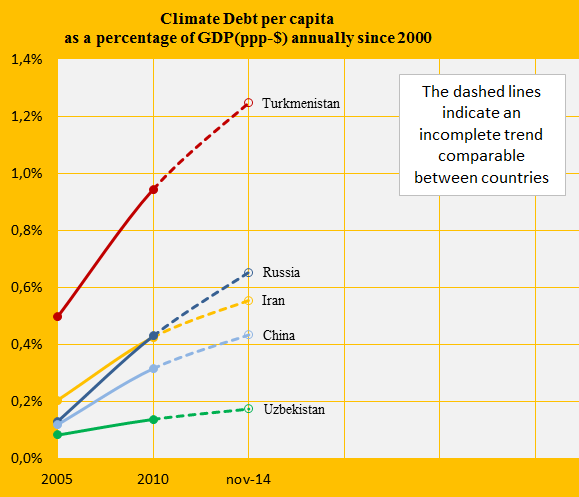 A hypothetical example: If a Global Climate Fund included only Turkmenistan, Uzbekistan, Kyrgyzstan and Tajikistan, and the first two paid their Climate Debt (in ClimatePositions) then the fund would hold $9.4 billion.