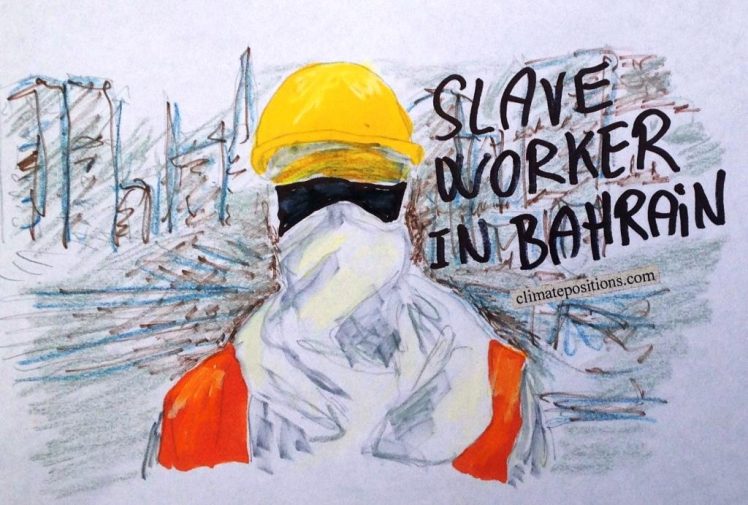 This in mind, the first diagram shows the per capita CO2 Emissions from fossil fuels (without bunker fuels) and cement production in decades in comparison with the world average. CO2 Emissions since 2012 are preliminary estimates. The green bars are the Contribution Free Level, determined by the level of CO2 Emissions in the 1990s and a number of continuously updated ‘Indicators’.

In 2014 Bahrain was the 13th wealthiest country among 148 with full data in ClimatePositions. The diagram below shows the development since 2000, in comparison with the major immigrant countries of India, Pakistan, Bangladesh, the Philippines and the world average. 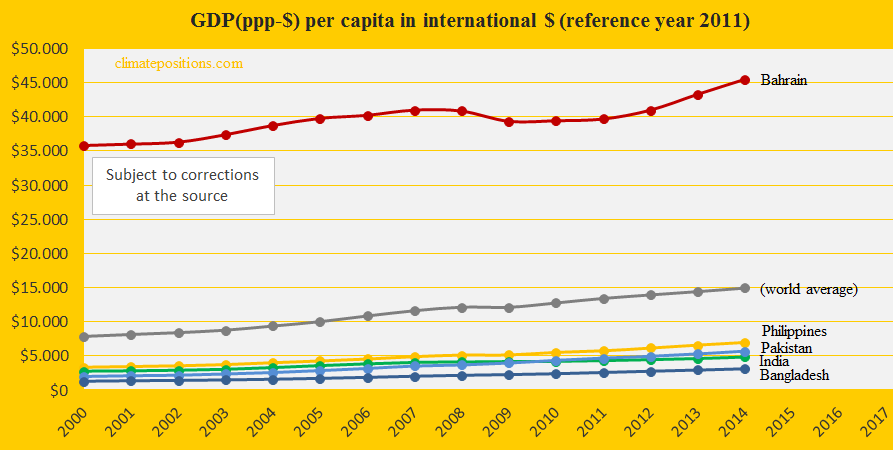 The last diagram shows Bahrain’s Climate Debt as share of GDP(ppp-$) annually since 2000, in comparison with the world’s four largest CO2 emitters China, the United States, India and Russia. The Bahraini increase rate since 2010 is the highest among these countries. See the ‘Ranking‘. 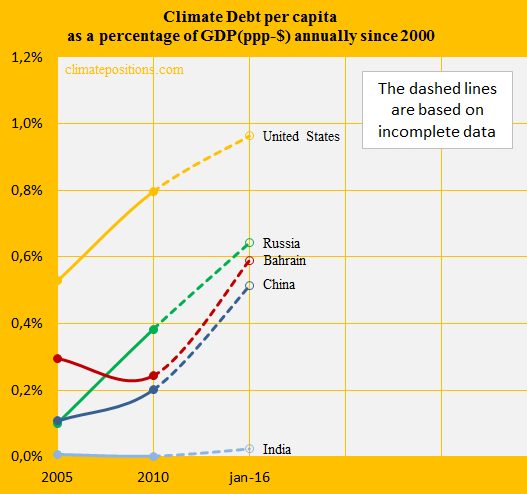 ¹Bahrain’s production of natural gas increased by 68% between 2006 and 2013. According to a 2015-study in the journal Nature around 61% of all known extractable gas reserves in Middle East (49% globally) and 38% of all known oil reserves (33% globally) will have to stay in ground beyond 2010 if global warming are to be limited to 2°C.

Due to massive immigration of workers the little island of Bahrain now has the world’s 3rd highest population density after Singapore and Monaco. Since oil accounts for around 60% of Bahrain’s export receipts and 70% of government revenues the expected fossil free future must be rather unappealing to the authoritarian Islamic Kingdom.