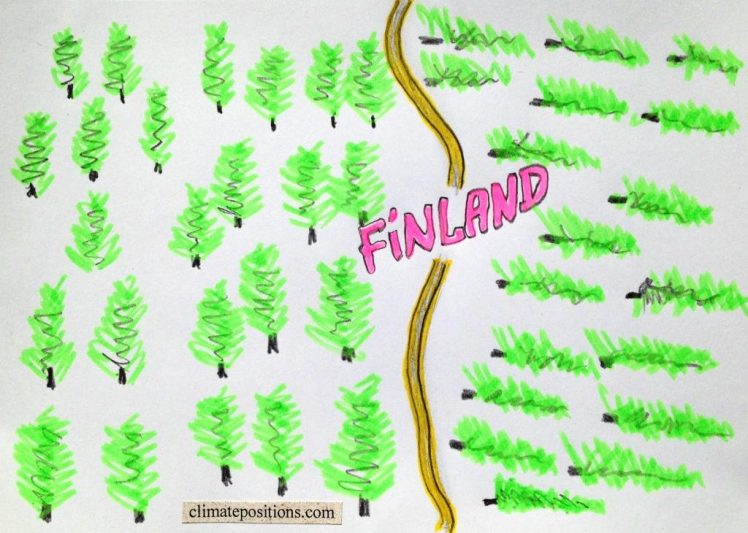 The first diagram shows Finland’s per capita CO2 Emissions from fossil fuels (without bunker fuels) and cement production in decades in comparison with the world average. CO2 Emissions since 2012 are preliminary estimates. From 10.7 tons emitted in the 1990s the level increased slightly to 10.8 tons on average between 2000 and 2014 (preliminary). The green bars are the Contribution Free Level in ClimatePositions, determined by the level of emissions in the 1990s and a number of continuously updated ‘Indicators’. 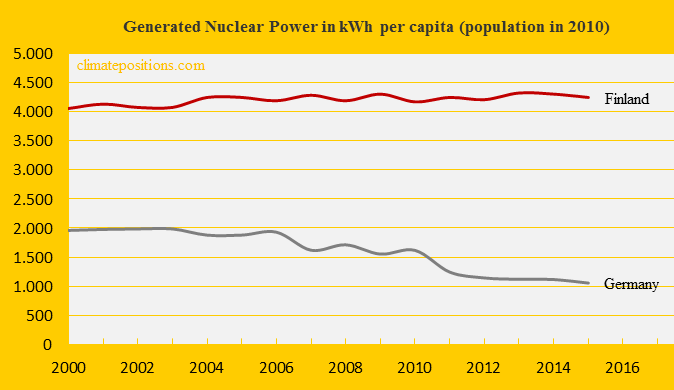 Although 73.1% of the Finnish land area is covered with forest only 0.7% (of the land area) is the precious Primary Forest. The diagram shows the stable development between 1990 and 2015. 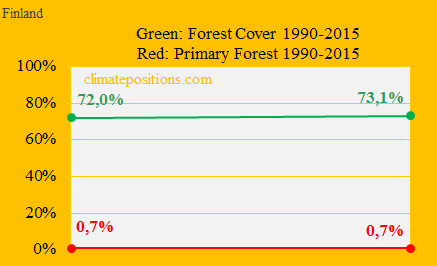 The relative Environmental Performance over time of Finland, Russia and Germany, with the world’s average set at 100, is shown below. The ‘Environmental Performance Index’ published January 2016 (data-year is set at 2014 in the diagram) ranked Finland 1st among 180 countries. Only on the indicators of “Forests” and to a lesser extent “Agriculture” the performance is notably poor. See more ‘Details on the Finnish performance’. 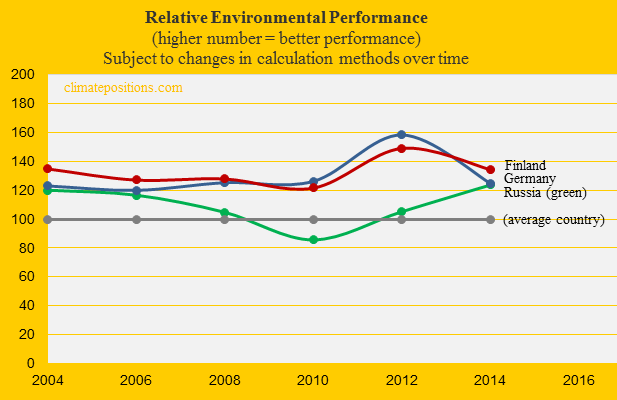 The next diagram shows the development of GDP(ppp-$) since 2000, in comparison with the same four countries and the world average. OECD’s ‘Economic Survey on Finland’ by January 2016 states: “The economy is weak and public debt is rising. Government spending as a share of GDP is the highest in the OECD. (..) Finland has been hit hard by several shocks, in addition to the global economic slowdown. Electronic exports, demand for paper and exports to Russia have collapsed.” 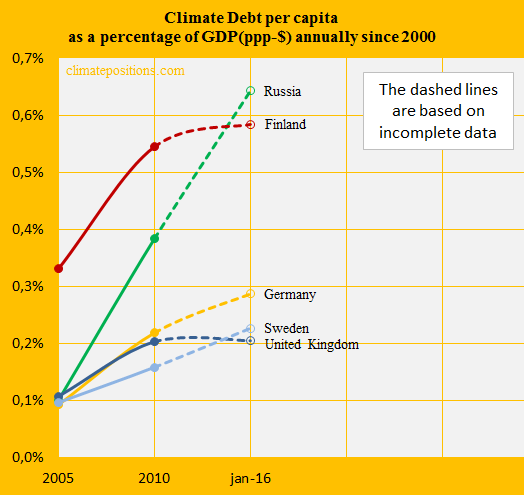