The diagram below show the GDP(ppp-$) per capita of an average country within the two country groups, Russia (the blue line) and the world average. Note that large and small countries count equally within the two country groups (however, this is not the case of the world average). The economic gab in favor of the EU countries (and Russia) has increased continuously during the period. However, this trend started before 2004 where only Greece had joined the EU. 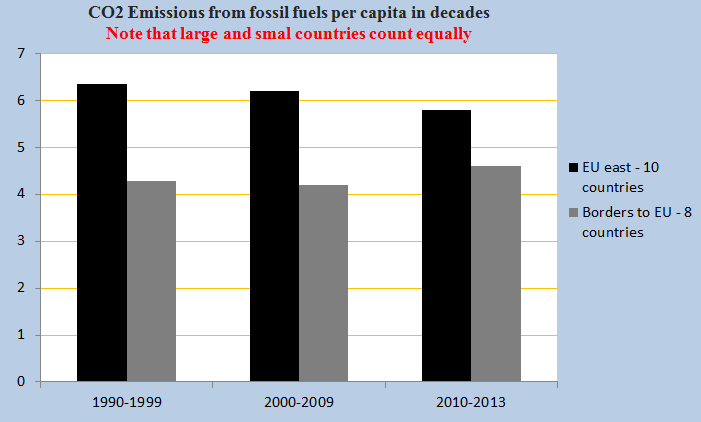 The diagram below shows the relative Environmental Performance of the two country groups and Russia, with the world average set at 100. The last few years the 10 EU countries have outpaced the others (at a rather low level of performance). 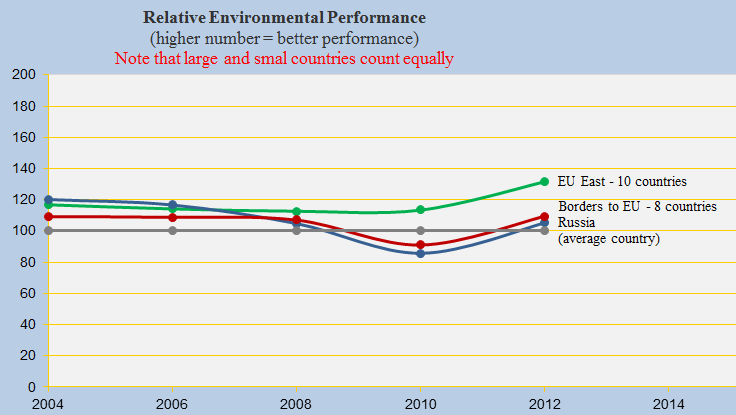 The last diagram shows the relative Climate Debt per capita of the two country groups and Russia, with the world average set at 100. The growth rate since 2010 of the 8 bordering countries is slightly higher than the one of the 10 EU countries – at a lower level of Climate Debt, though. Among the 18 countries only Albania and Moldova are Contribution Free. Russia’s increase rate is skyrocketing (read this ‘article‘). See the ‘Climate Debt per capita of 147 countries’. 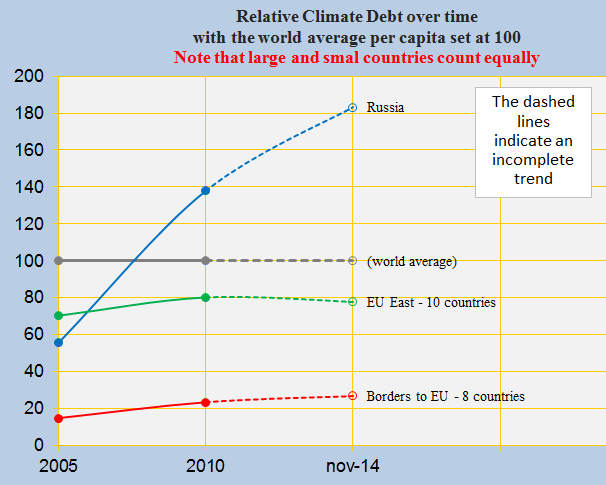