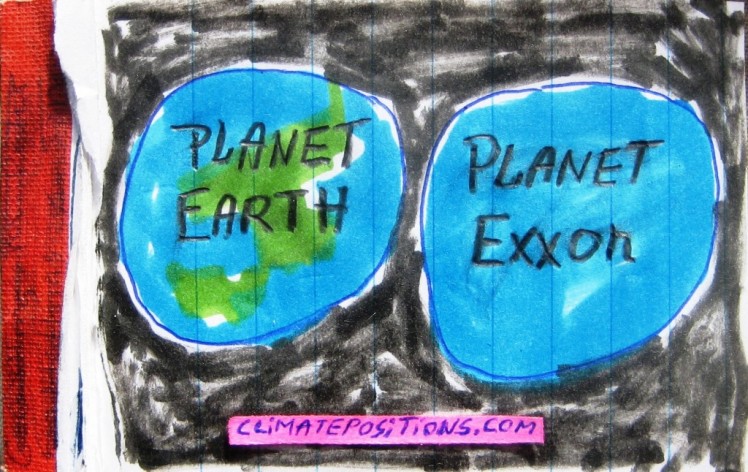 ExxonMobil’s forecast of CO2 Emissions from energy by 2040 is visualized in the diagram below (copied from the report). The emissions are divided into six country groups:

ExxonMobil expect global energy-related CO2 Emissions will rise by about 25% from 2010 to 2030 and then decline approximately 5% to 2040. Emissions from non-OECD countries is expected to rise by about 50% from 2010 to 2040 – but on per capita bases emissions in OECD countries will still be about double (in 2040) compared to non-OECD (in 2040). Three billion people are expected to rise into the middle class and at the same time people in nations with more advanced economies will continue to need energy to sustain their living standards and fuel economic growth – consequently, global energy demand is estimated to rise 35% by 2040. 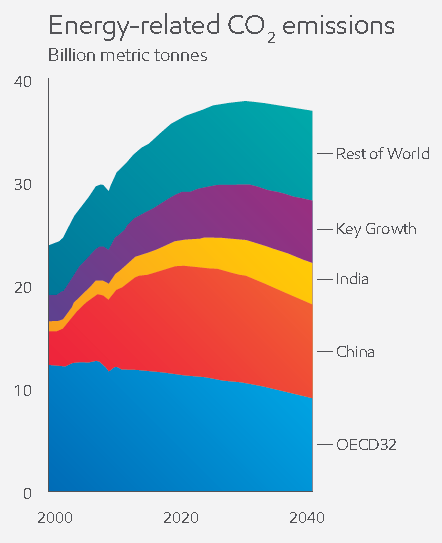 The pathway leading to Planet Exxon (with 20% increase of CO2 Emissions from fossil fuels by 2040 compared to 2010) is described in the report:

The ExxonMobil forecast of global electricity supply (by source of energy) 2010-2040 is visualized in the diagram below (copied from the report). Nearly unchanged supply from oil and coal through 2040 is ExxonMobil’s answer to the climate change disaster in progress. 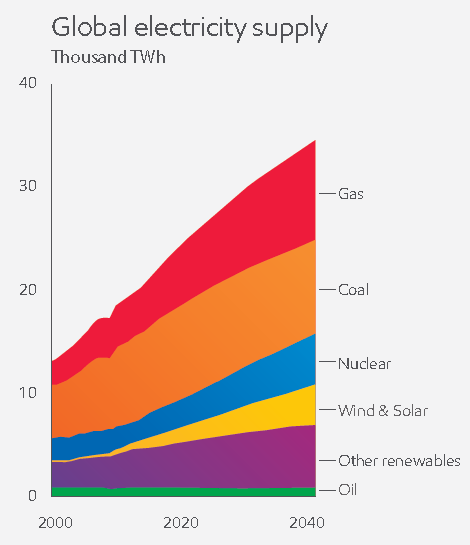 According to ExxonMobil Corporation governments can facilitate development, economic growth and environmental protection through policies that promote free trade and open markets – as well as innovation, private investment and general prosperity. To aid in long-term planning and investment, policy frameworks should be transparent and predictable, with general rules that are easy to understand and applied consistently. Sound regulatory and permitting processes are also important to facilitating Investment.

Read this article in Hoffington Post, Jan. 2015: ‘Carbon Counterattack: How Big Oil Is Responding to the Anti-Carbon Moment‘.