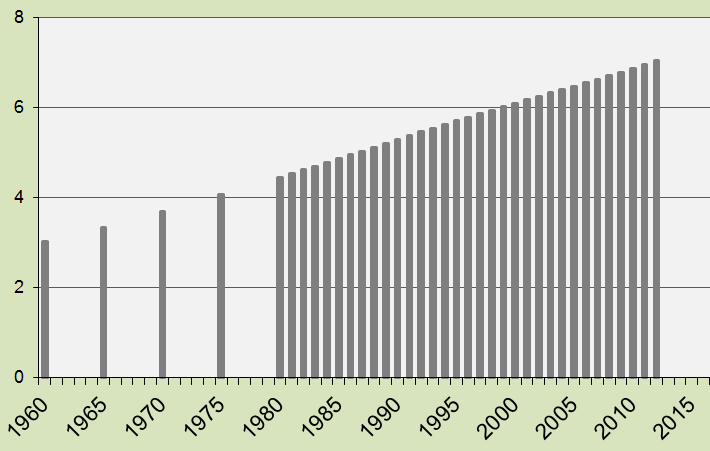 A hypothetical example: If the Global Population had stayed at the 1960 level until today, the target for national CO2 Emissions in ClimatePositions would have been 6.5 tons per capita in 2024, instead of the present 2.8 tons. In terms of Contributions it means that for example United States (the world’s second largest CO2 Emitter) would have saved 213 billion US$ in total Contribution (climate debt) in 2012.