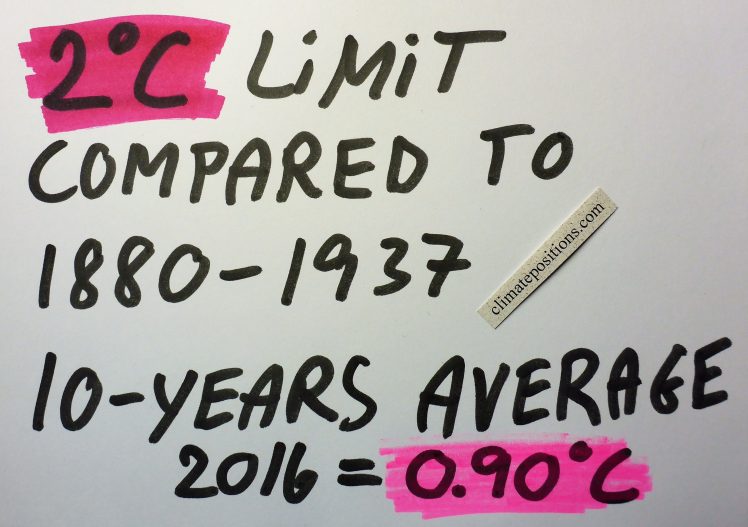 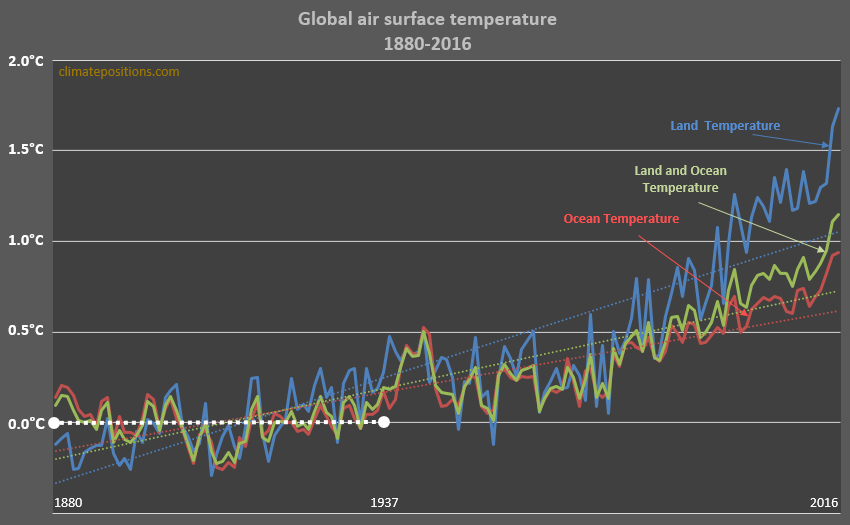 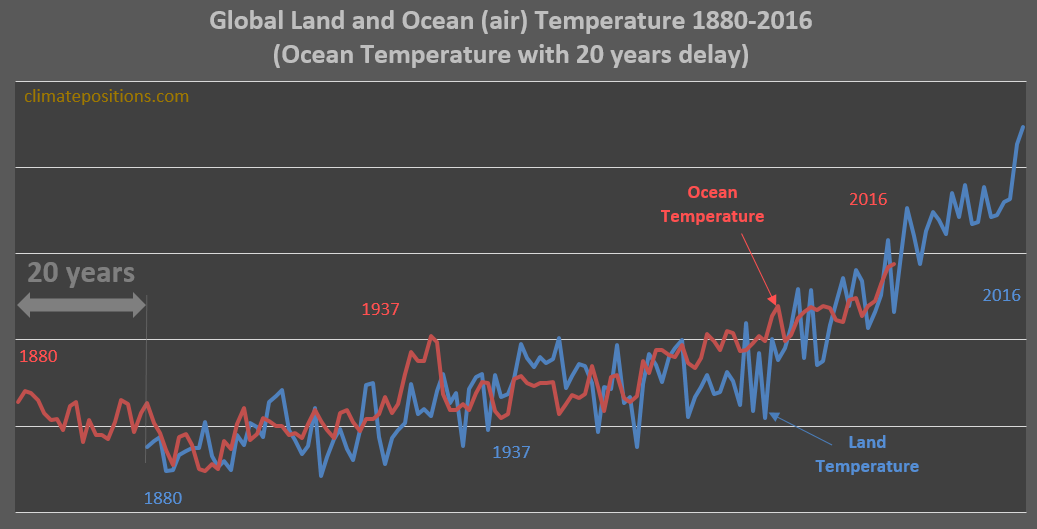 ‘The industrial revolution‘ happened between 1760 and 1840. Consequently, pre-industrial times ended around 1760. However, global temperature measurements began nearly a century later, between 1850 and 1880. “Pre-industrial levels” is thus undefined and open for scientific discussions.

A new ‘Study‘ published 2017, suggests that the period 1720-1800 is the most suitable choice of pre-industrial temperature. The study estimates the global average temperature during this period using a range of approaches based on observations, radiative forcing, global climate model simulations and proxy evidence. With great caution the conclusion is that the average global Land/Ocean Temperature 1720-1800 could have been around 0.68°C (±0.125°C) cooler than the period 1986-2005, or around 0.024°C (±0.125°C) cooler than the period 1880-1937 (the latter is calculated by me). In other words, baseline 1880-1937 could very well be close to pre-industrial temperature (and so could baseline 1880-1910).

A ‘Paper‘ published in Nature Climate Change in 2016 (read this ‘Article‘ from The Guardian) suggests that the Ocean Waters has absorbed around 90% of the excess heat generated by human consumption of Fossil Fuels. However, half of this increase has occurred in the past two decades. The diagram below shows the warming since 1955.

According to the study, todays temperature in the upper Ocean Waters is close to 0.5°C warmer than pre-industrial times, and that the deep-water temperature has increased by “several tenths of a degree” (meaning at least 0.2°C warmer, obviously with great uncertainty). The scientists found that 35% of the additional warmth, since pre-industrial times, is found at Ocean Waters depths below 700 meters, compared to 20% warmth only twenty years ago. 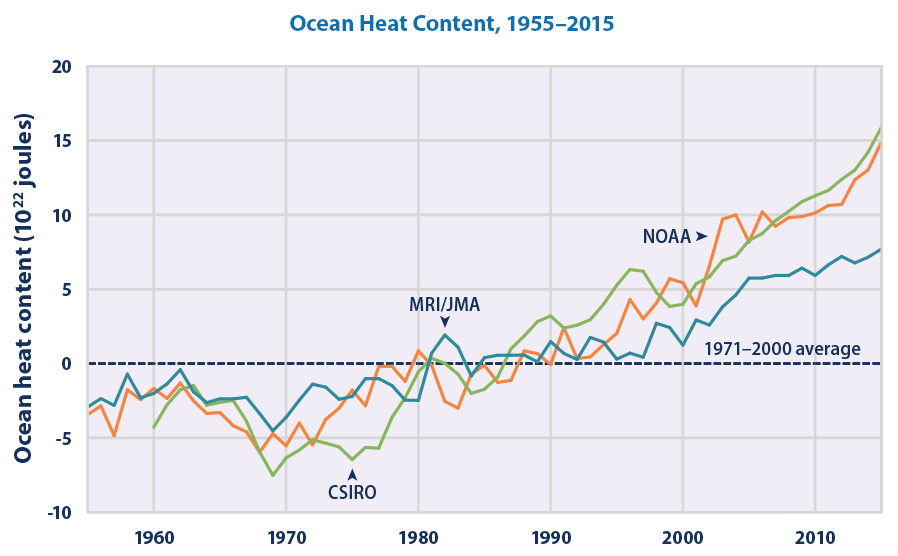