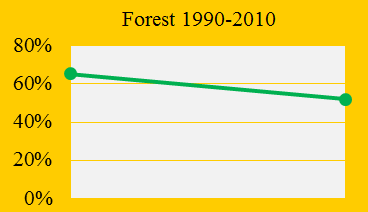 Indonesia has more than 17,000 islands of which approximately one third are inhabited. The national forests represent 10% of the world’s remaining tropical forests and they are the second largest in the world after the Brazilian. Indonesia is one of the five most species-rich countries in the world, with a high rate of endemic species. Twelve percent of all mammal species, 16% of reptile and amphibian species, and 17% of bird species are found on the islands. In other words, the rapid deforestation in Indonesia is a global disaster. Read more ‘here’.

The diagram below shows Indonesia’s Contribution (debt) per capita in 2000, 2005 and 2010 compared to the global average and the worse performing countries Australia, Malaysia and Thailand. All countries are from the same region. 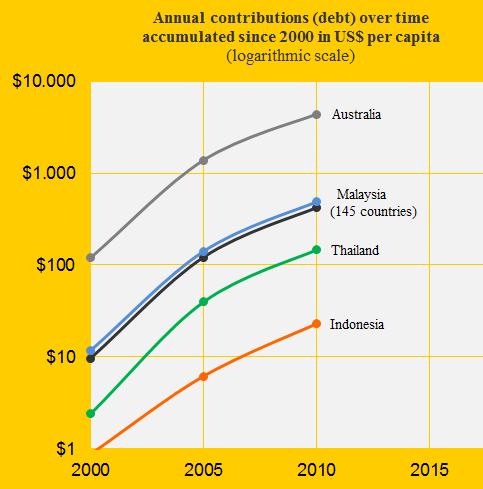