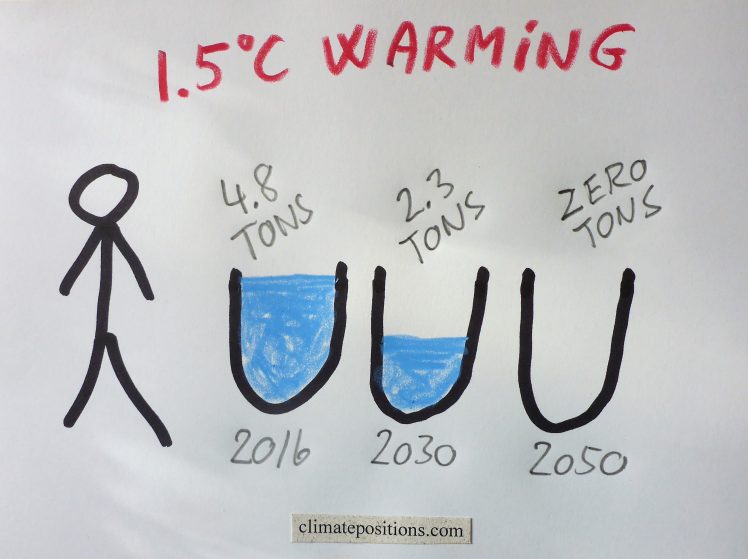 The required drastic 53% per capita CO2 reductions by 2030 of an average world citizen, should be perceived in the light of the fact that one fifth of the world’s population live in countries emitting less than one ton annually and that another fifth live in poor countries³ emitting more than one ton annually. Consequently, the per capita reductions will have to be considerably larger than 53% among the remaining countries. 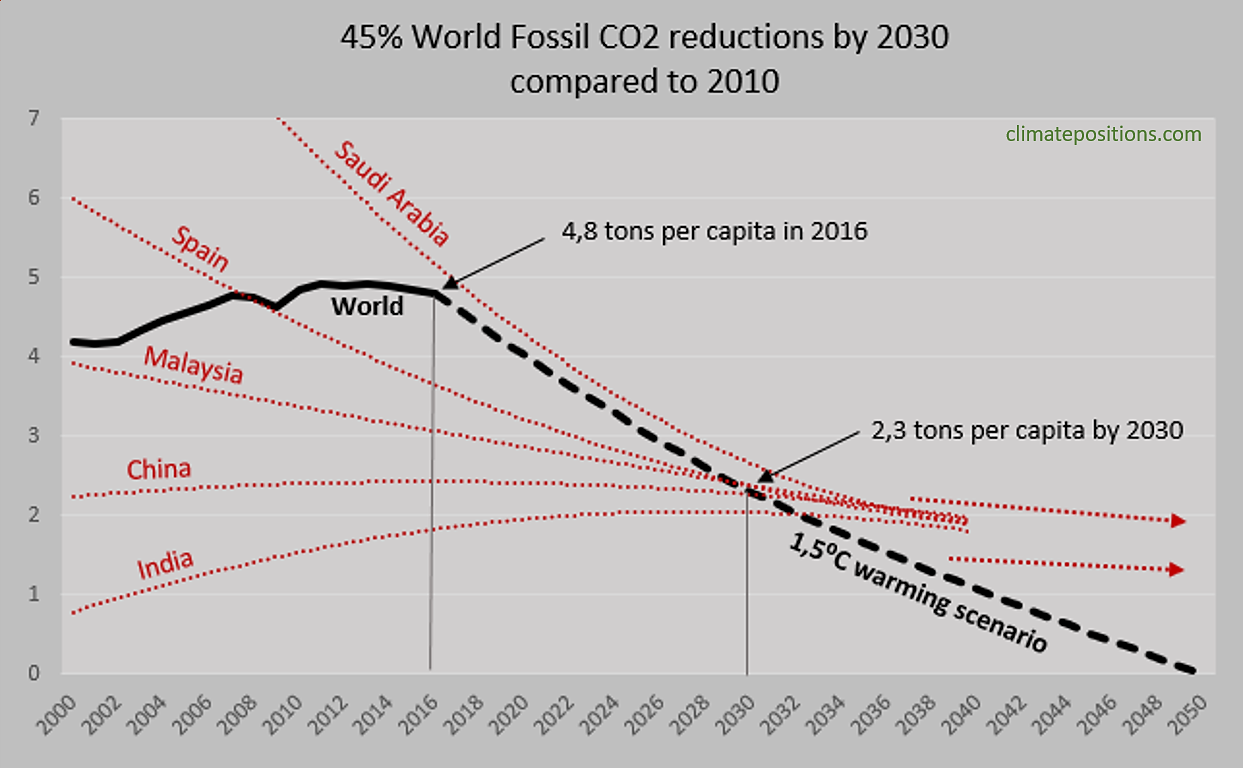 The approximate Climate Debt Free Fossil CO2 Emissions reduction-lines (red) of Saudi Arabia, Spain, Malaysia, China and India in ClimatePositions, are shown in the diagram for comparison. Since the future ‘Indicator-values‘ are unknown, the national reduction-lines are more illustrative than accurate. Note that ClimatePositions allows emissions of about 1.5 tons per capita on average passed 2050, whereas the IPCC Report requires net zero emissions by 2050.

²The IPCC Summary for Policymakers: “The report finds that limiting global warming to 1.5°C would require “rapid and far-reaching” transitions in land, energy, industry, buildings, transport, and cities. Global net human-caused emissions of carbon dioxide (CO2) would need to fall by about 45 percent from 2010 levels by 2030, reaching ‘net zero’ around 2050. This means that any remaining emissions would need to be balanced by removing CO2 from the air”.