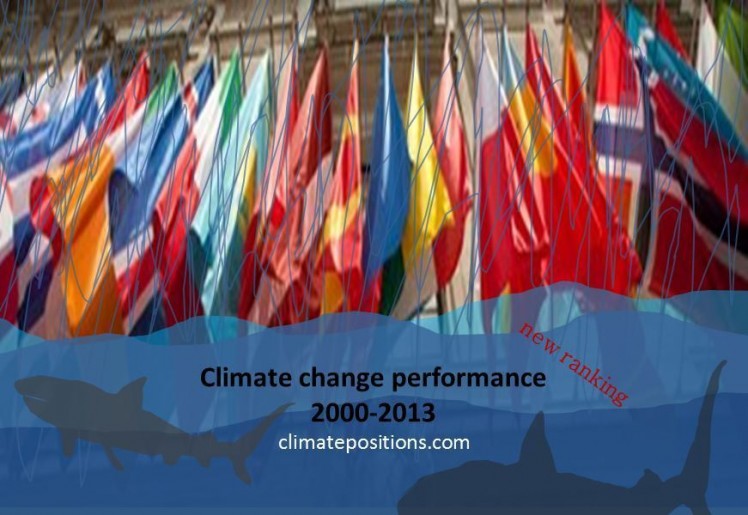 The table below shows the twelve largest CO2 emitters and their shares of the global Climate Contribution (climate debt) in 2010 and 2014. China, Russia, Saudi Arabia and South Korea stand out among the twelve with an extremely poisonous development. However, the United States still has by far the largest climate debt.

The climate change performance of the United Kingdom is summarized by the table below. The growth of climate debt is slower than the world average (the share is decreasing). If the United Kingdom paid the climate debt of $72.9 Billion (accumulated since 2000), to a fair Global Climate Fund, then all four figures would go to zero – and the enormous historical CO2 Emissions from before the 1990s would surely be forgotten. The corresponding key-figures for all 147 countries are available in the menu “Contributions”.

Sources of all eleven indicators in ClimatePositions are available ‘here‘.

Illustration with drawings (and flags from World Economic Forum 2011) is by Claus Andersen 2014.