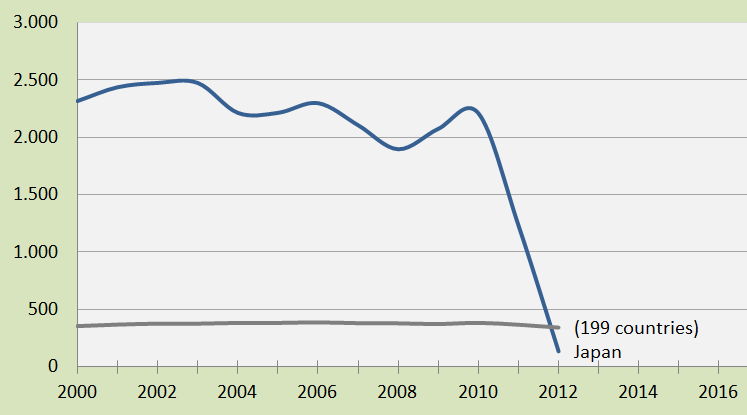 In ClimatePositions Japan’s shut down in Nuclear Power energy, provides future savings in the Climate Contribution (climate debt). The other indicators however, will affect the Contribution in opposite directions in a complex interaction.

A hypothetical example: If Japan’s Nuclear Power generation had been shut down definitively in 2000 (and all other indicators were unchanged since then) the spared Contribution would have been 41 billion US$ in 2011. This amount is equivalent to 0.5 tons of CO2 Emission (carbon dioxide) annually per capita.

Japan was the 18th worst performing country out of 145 in ClimatePositions in 2010 (see the menu “Contributions”).