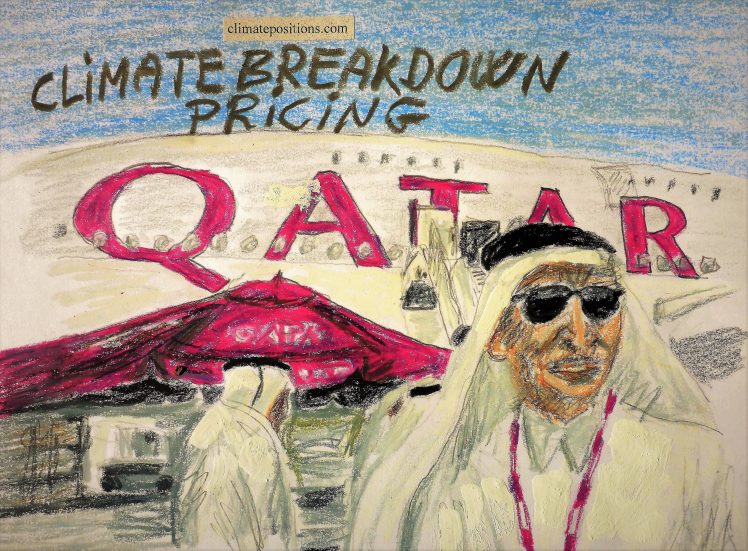 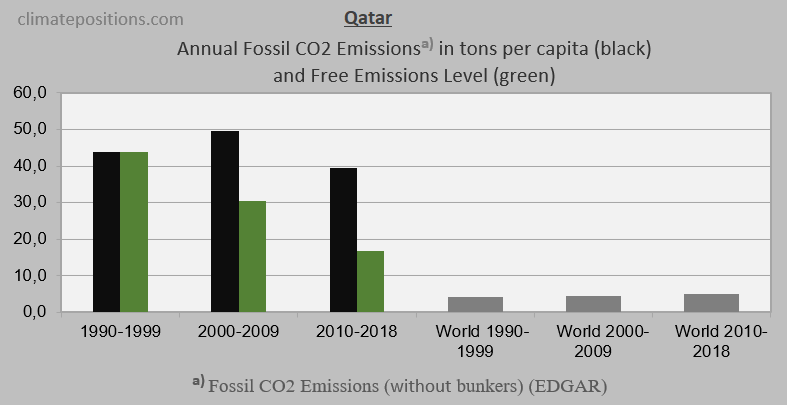 The third diagram shows the Climate Debt as ‘Share of global Climate Debt‘ in 2010, 2015 and 2020, of Qatar, Kuwait and United Arab Emirates.

The fourth diagram shows the ‘per capita Climate Debt‘ trends between 2010 and 2020, with World average set at 1, of Qatar, Kuwait, United Arab Emirates, Saudi Arabia, Bahrain and Oman. 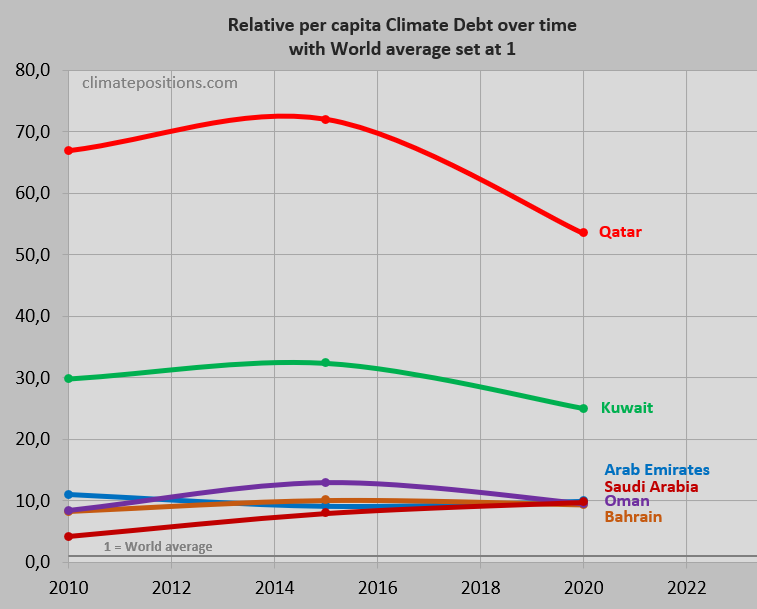 The next diagram shows per capita GDP(ppp-$) of the same six countries and World average. Qatar is the richest nation on the planet. 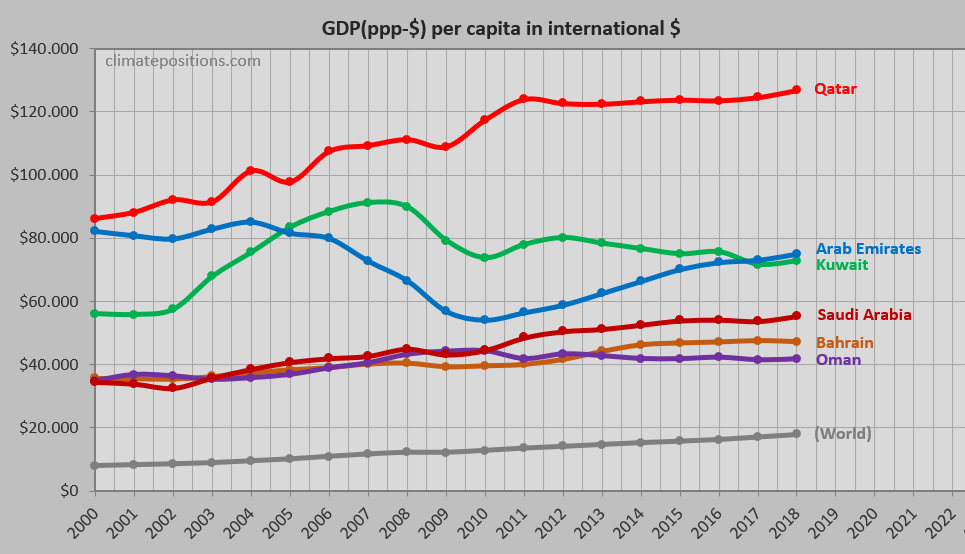 The last diagram shows the population growth annually 2000-2018 of Qatar, Kuwait and United Arab Emirates. The huge population growth of Qatar is mainly due to low-paid workforce immigration from Nepal, Turkey, Colombia, etc. In the context of Climate Breakdown Pricing the population-growth has reduced per capita Fossil CO2 Emissions and consequently the per capita Climate Debt. Had Qatar reduced its Population by 20%, since 2005, then the current per capita Climate Debt would be 29% higher (assuming unchanged GDP and other indicators).