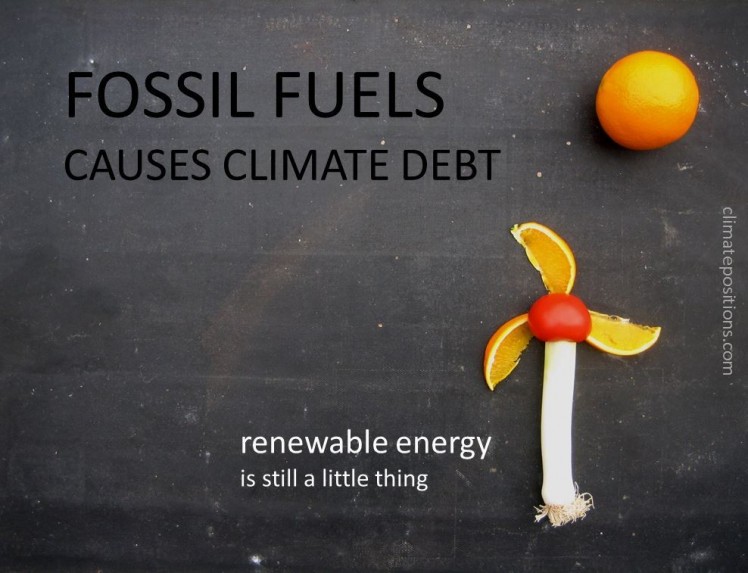 Values superior to the world average in each of the four categories are blue in the table. Note that the potentials of renewable energy are spread unevenly among countries and that the figures include exported electricity. Read the comments below the table.

If you look only at the increased share of renewable energy since 2000 (column 4) Estonia and Denmark stand out with 15% and 12% increase respectively. The eight countries with the largest Climate Debt per capita have renewable energy shares close to zero.