As shown in the diagram below the South Korean CO2 Emissions per capita has increased considerably since the 1990s (the black bars). In 2010-2011 the CO2 Emission level was more than three times the global average.

Most rich countries with large CO2 Emissions have a declining share of the global Climate Contribution due to emerging economies’ increasing Contributions (especially China) – but not South Korea. The diagram below illustrates this by comparing South Korea and Japan’s relative Contributions in 2000, 2005 and 2010 with the world average set at 0. 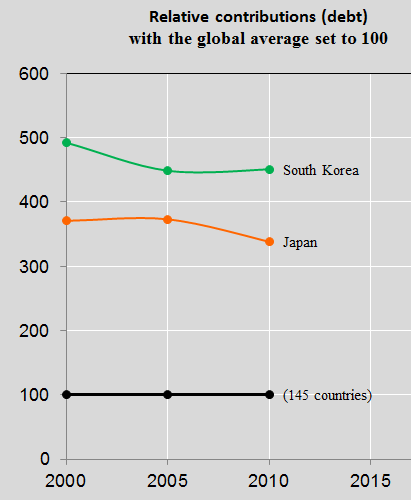 When it comes to generated Nuclear Power per capita South Korea and Japan are moving in opposite directions – see the diagram below. Had South Korea maintained the 2000 Nuclear Power level until today the saving would have been 5.2 billion US$. 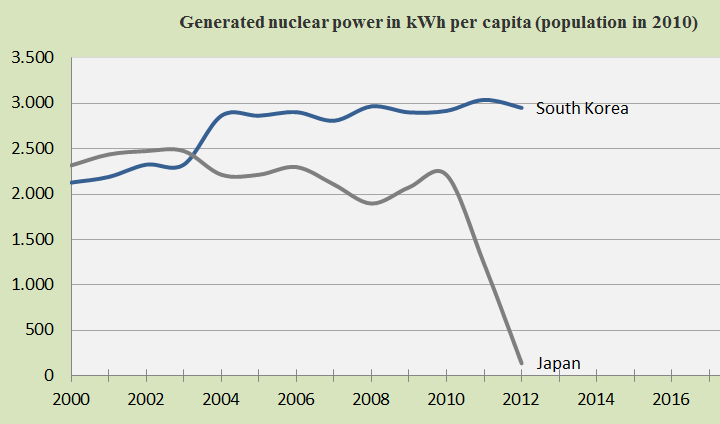