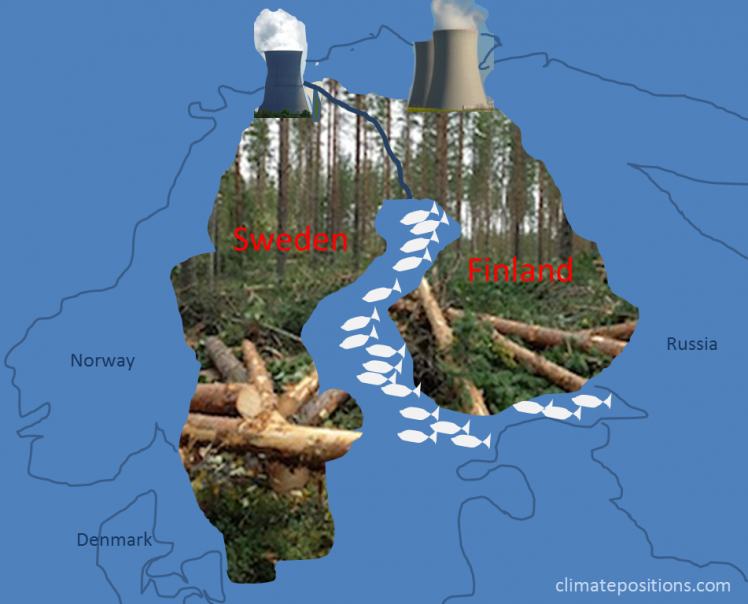 The two diagrams below show the CO2 Emissions per capita in decades of Finland and Sweden in comparison with the world average (the grey bars). The green bars show the Contribution Free Level in ClimatePositions – the free level is determined by CO2 Emissions in 1990s and a number of continuously updated ‘indicators’.

Sweden is the world’s largest per capita Nuclear Power generator and Finland is 3rd. The diagram below shows the per capita generation since 2000. In ClimatePositions Nuclear Power generation must be reduced at the same rate as CO2 Emissions from fossil fuels, because large quantities of dangerous radioactive nuclear waste are left for hundreds of generations to deal with in the future. 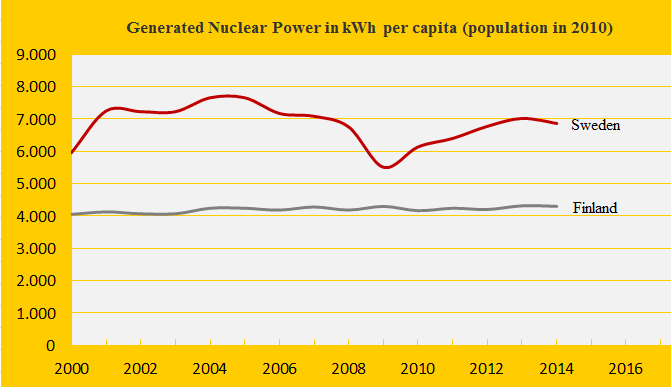 The GDP(ppp-$) per capita since 2000 of Finland, Sweden, Norway, Denmark, Russia and the world average, is shown in the diagram below. The superior Norwegian wealth is due to its large oil production. 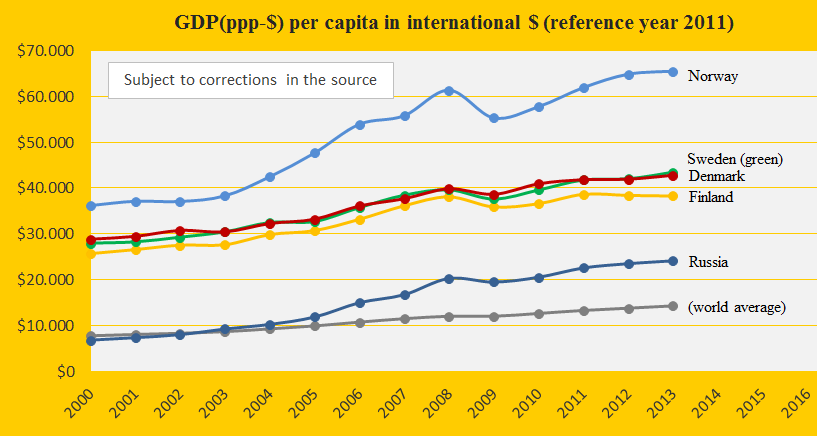 The Climate Debt calculated as percentages of the GDP(ppp-$) annually since 2000, of the same five countries, are shown in the diagram below. Calculated this way, Finland is the worst performing country among the Scandinavian countries. The performance of Putin’ Russia speaks for itself. See the ‘ranking’. 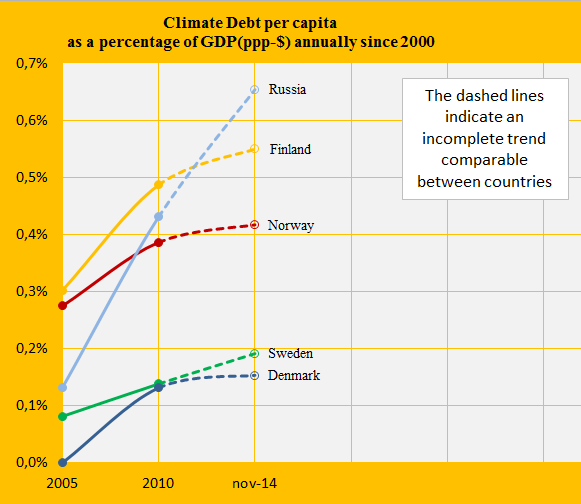 Among the 82 countries with Climate Debt in ClimatePositions, Finland has the largest proportion of Forest Cover (72.9% of the land area in 2010) and Sweden has the second largest proportion (68.7%). However, Finland has none of the precious Primary Forests and Sweden has only 4.9% of the land area (or 7.1% of the Forest Cover). Both Scandinavian countries have increases Forest Cover slightly since 1990 (however, only the change matters in the calculation of Climate Debt)..