Sweden with Nuclear Power and Norway with oilfields 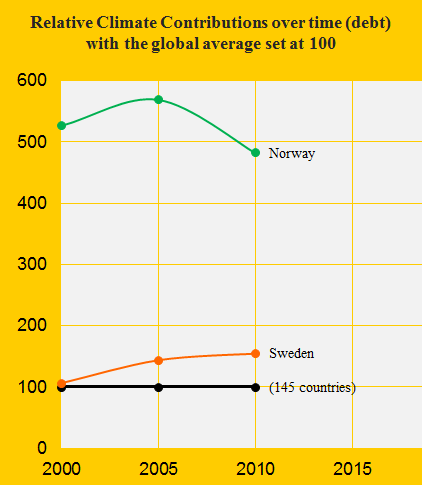 The Norwegian CO2 Emissions were 8.7 tons per capita in average in the 1990s and 9.3 tons in 2000-2011 (see the diagram below). The poor performance explains why Norway’s Climate Contribution (climate debt) in the latest update in ClimatePositions has accumulated to $13 billion since 2000 or $2,789 per capita. Read about the reputable Norwegian climate change financing ‘her’. 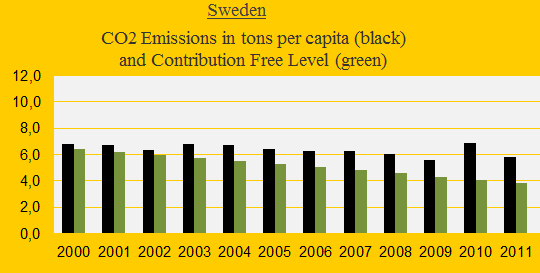 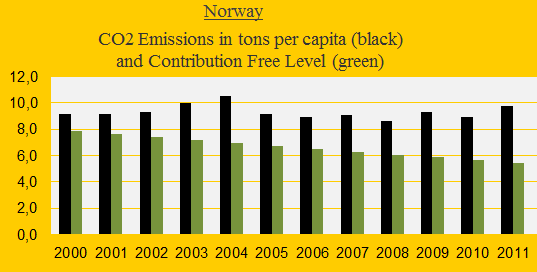 The Ecological Footprint (without CO2 Emissions) in Norway is the 7th largest in the world and Sweden is ranked 14. See the development since 2004 in the diagram below. A hypothetical example: An Ecological Footprint equivalent to the world’s average would reduce both countries’ Climate Contribution (debt) by $2 billion. 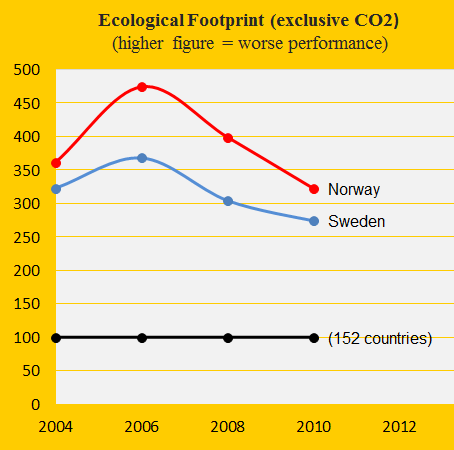 The diagram below shows the development in GDP(ppp-$) for the Scandinavian countries Norway, Sweden and Finland, plus United States and the world average. Norway makes big money from petroleum and its impact on climate change and the worsened conditions for generations to come. 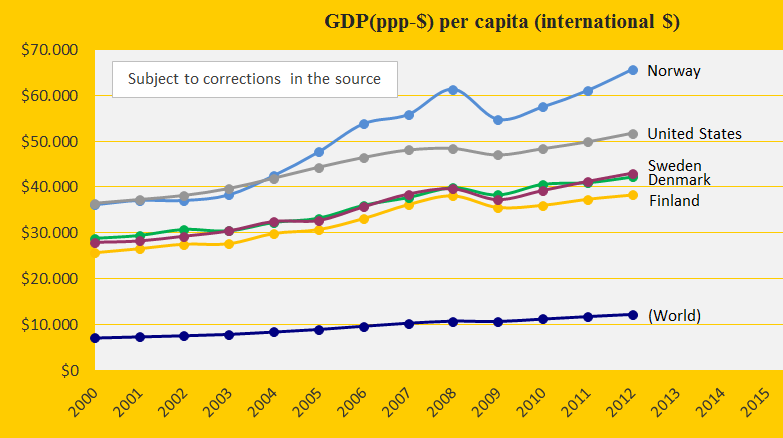 Had Sweden phased out the Nuclear Power generation since 2000 at the same rate as required for CO2 Emissions, the effect on the Climate Contribution (climate debt) would have been neutral (read more in the menue “Calculations/Indicators”). This is unfortunately not entirely the case (see the diagram below in comparison with Finland). The continuing high level of Nuclear Power generation costs Sweden $2 billion in ClimatePositions 2010. 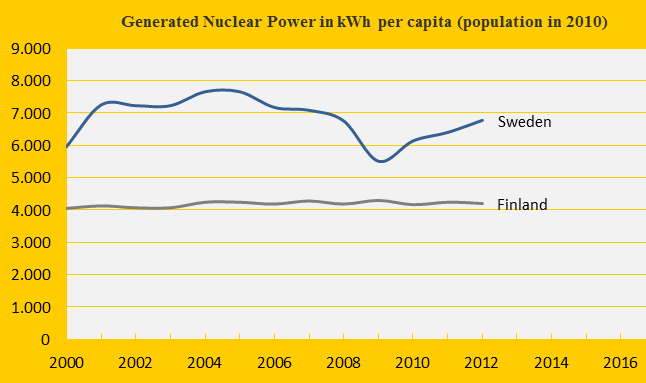 Both Norway and Sweden are stable and impressively ranked between 3 and 9 in Environmental Performance since 2006 (better than Finland and Denmark). The forest cover has increased slightly since 1990 in both countries and is now 33.1% in Norway and impressive 68.7% in Sweden (Finland has 73% forest and Denmark 13%).