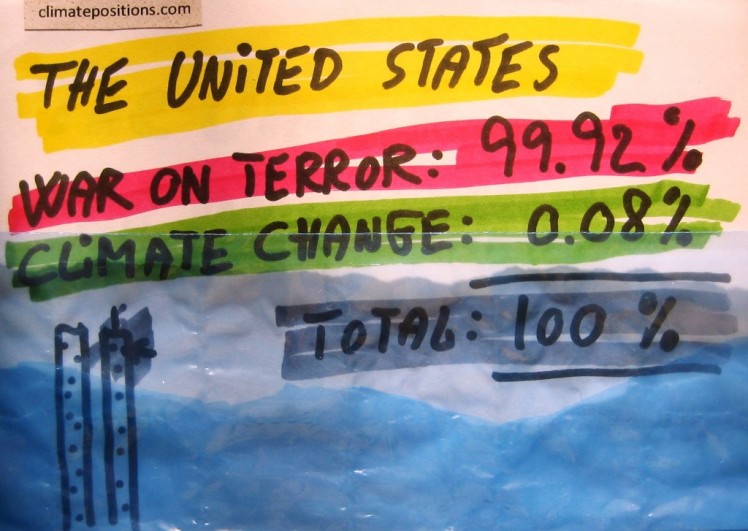 The United States’ has decided that the climate change problem must be addressed by voluntary national CO2 Emission targets, complemented with a global profit-based market (read more ‘here’). The recent John Kerry speech looks like a sympathetic separation from his imprudent nation which has led the global war on “climate-care” for decades and still rejects a global binding climate agreement.

In ClimatePositions the United States’ updated Climate Contribution (climate debt) accumulated since 2000, add up to $1.6 trillion (deposited funding are deducted). See the global rankings in the menu “Calculations”. The diagram below shows the CO2 Emissions in decades of the United States in comparison with the world average. The delayed U.S. reductions in CO2 Emissions started along with the financial crises in 2008 – 16 years after the first United Nations Convention on Climate Change in 1992 (with the objective “to stabilize greenhouse gas concentrations at a level that will prevent dangerous human interference with the climate system”.).