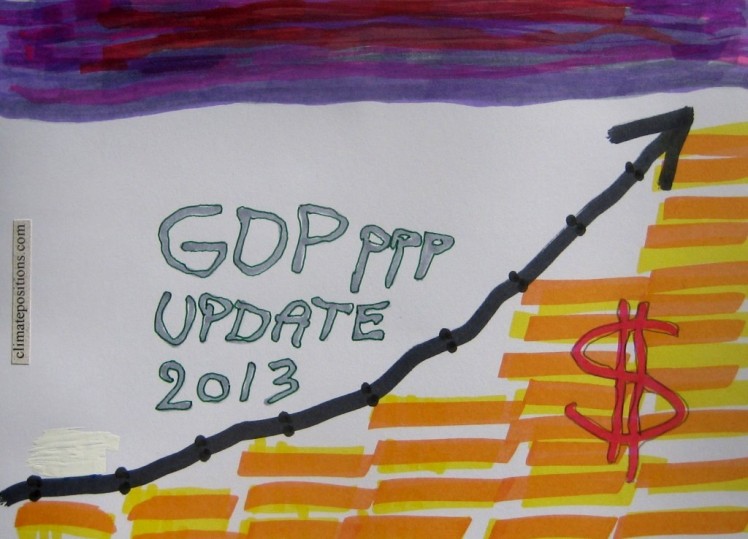 The diagram below shows the development of GDP(ppp-$) in 2000-2013 of the world’s six most populous countries: China, India, United States, Indonesia, Brazil and Pakistan. Read an unorthodox definition of GDP(ppp-$) on this ‘blog‘. 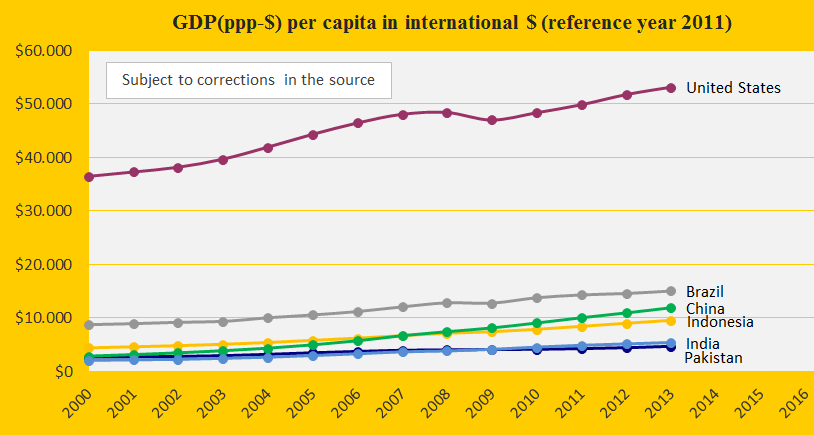 ¹ Contributing Free countries will remain Contribution Free regardless of the size of the GDP(ppp-$). The idea is that the economic incentives for the green transition must be equal for rich and poor countries.

An hypothetical example: if the United States had all the Brazilian indicator values except the GDP(ppp-$), then the accumulated U.S. Climate Contribution (debt) would be $140 billion instead of $1,640 billion.