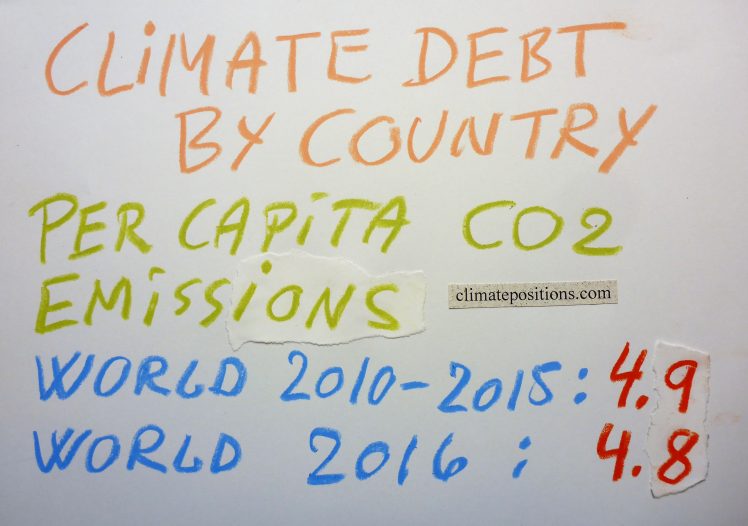 The brackets show the updated per capita Climate Debt ‘Ranking‘ among 163 countries. Note that the Climate Debt is calculated by the use of a range of ‘Indicators‘.

Data on CO2 Emissions from Fossil Fuels (without bunkers) and industrial processes are from ‘EDGAR‘ (European Commission) (links in the menu Calculations / Sources & Links).