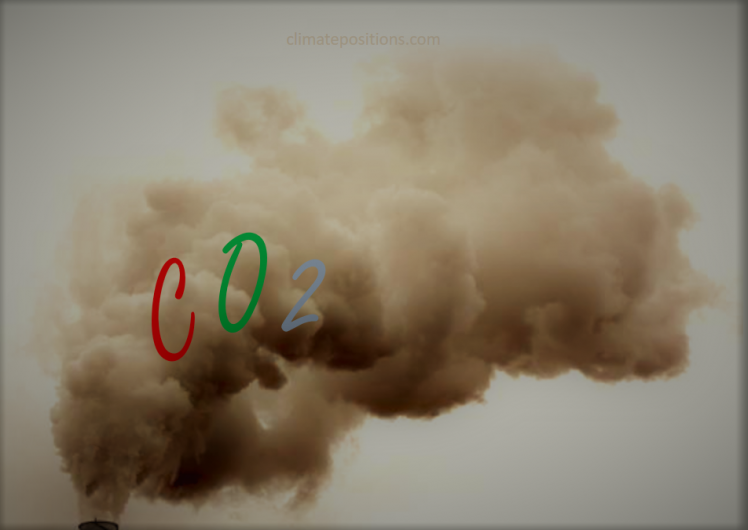 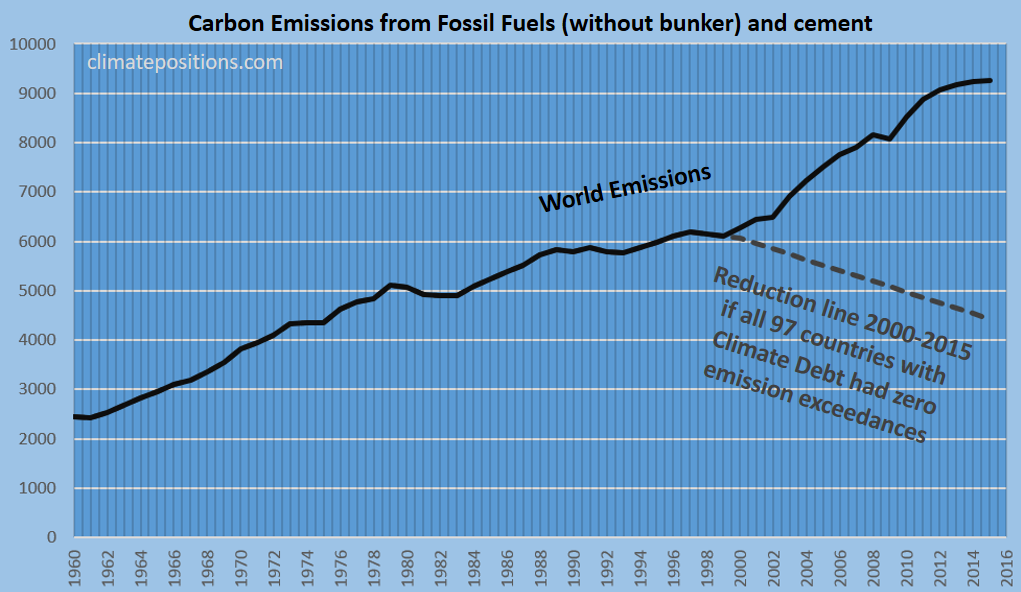 The graphs below show Carbon Emissions from Fossil Fuels (without bunker) and cement, 2000-2015, divided into four country-groups: 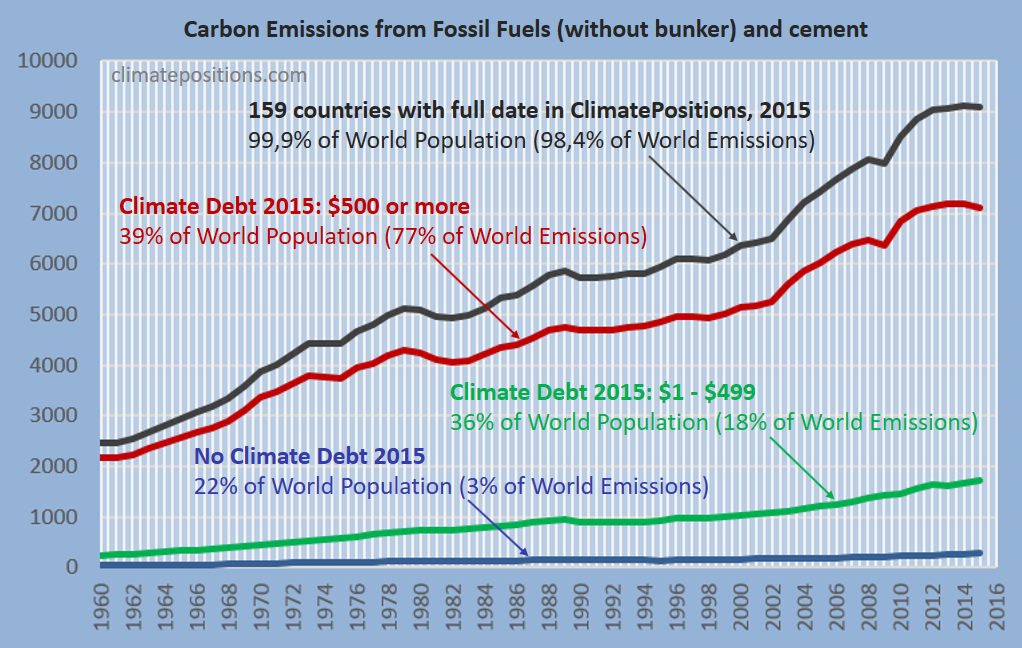 ¹Bunker emissions was about 3% of World Carbon Emissions from Fossil Fuels and cement in 2015.