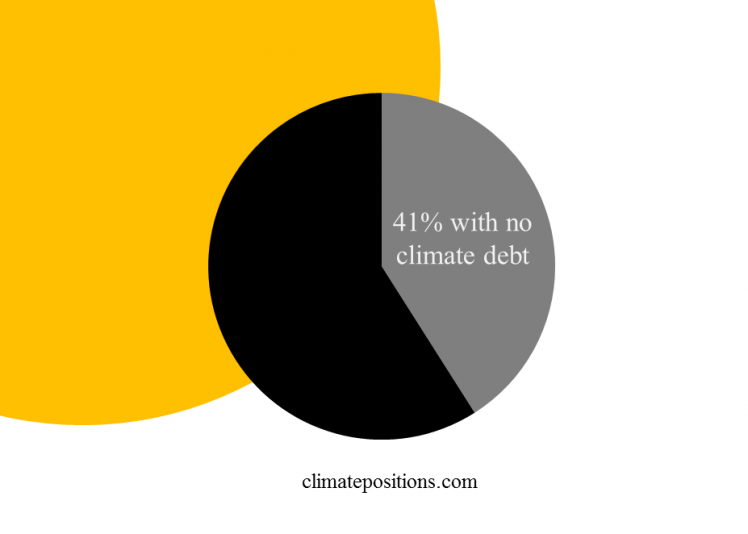 The table above is read as follows with Azerbaijan as an example:

The three diagrams below show the correlation between the GDP(ppp-$) per capita and Income Equality, Life Expectancy and Environmental Performance. Generally, prosperity seems unrelated to Income Equality among the Contribution Free countries – however, the national differences are immense. By contrast, both Life Expectancy and Environmental Performance increases significantly along with growing prosperity (what causes what is another matter). 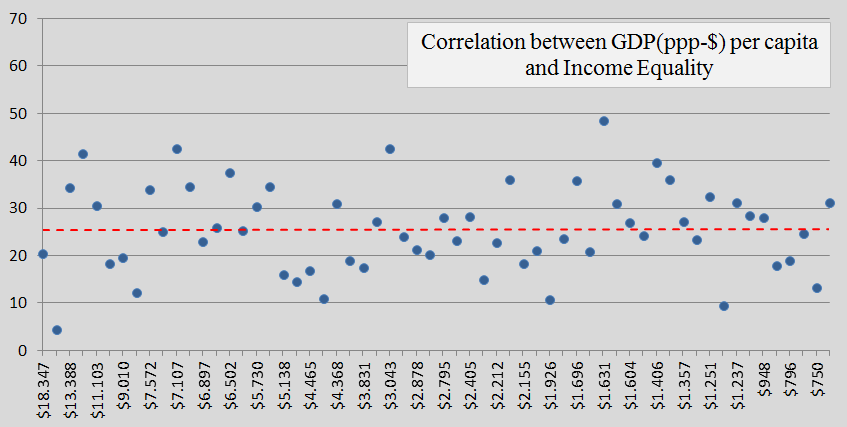 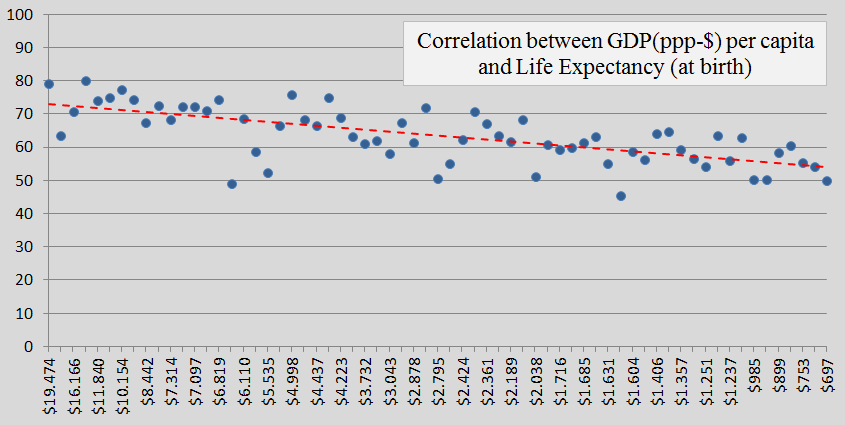 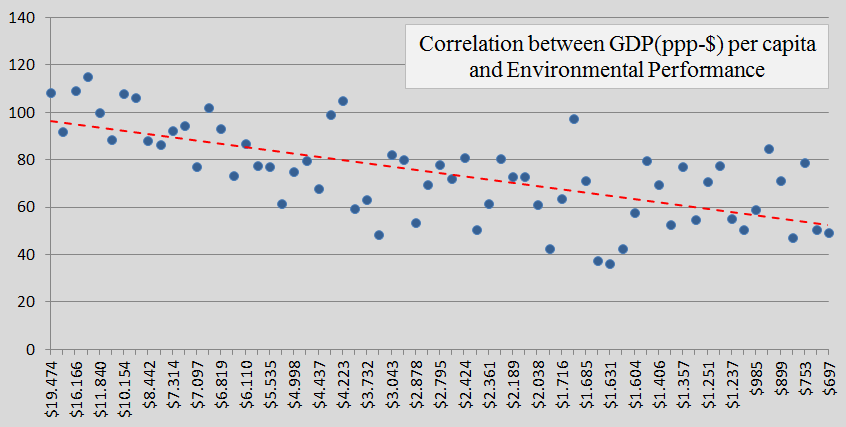 The color codes in the table show the deviations from the general trend (shown as a red dashed line in the three diagrams above). Blue is clearly better performance than the generel trend among the 65 Contribution Free countries and the red is clearly worse.

Information on national GDP(ppp-$) per capita is from ‘Worldbank’.