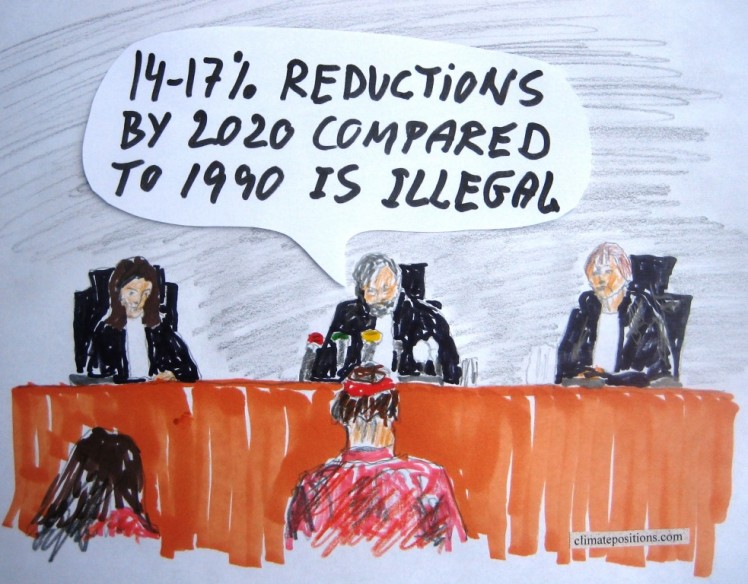 The diagram below shows Netherland’s CO2 Emissions from fossil fuels in tons per capita since 1990 (black bars). The striped black bars illustrate a 25% reduction by 2020 compared to 1990 (or 2013). The green bars illustrate the Contribution Free level in ClimatePositions – due to Netherland’s exceedances since 2000 the accumulated Climate Debt is now $4,298 per capita (see the ‘ranking‘ by Nov. 2014).