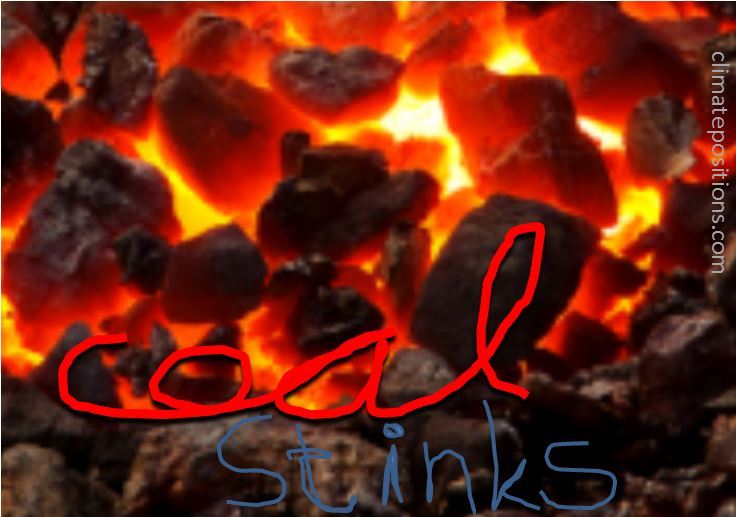 Coal mining is big in Australia and the production is the fourth largest in the world after China, United States and India. Coal as an energy source is disastrous in terms of CO2 Emissions (carbon dioxide). The diagram below shows Australia’s annual CO2 Emissions in tons per capita in the decades 1990-1999 and 2000-2009, and in 2010-2011 (the black bars). For comparison, the gray bars show the average global CO2 Emissions per capita.

The Australian Ecological Footprint (without CO2 Emissions) was the fourth largest in 2010 after Denmark, Uruguay and Mongolia. The diagram below shows the development since 2004 compared with Canada and the global average set at 100. 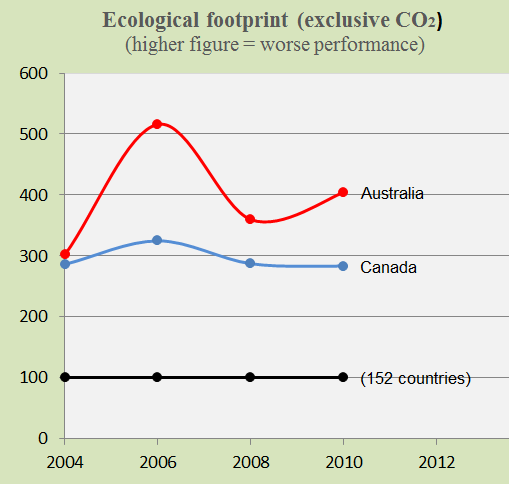 When it comes to Environmental Performance (the diagram below) Australia is doing slightly better than the global average. Compared to for example New Zealand, Australia is failing, however. 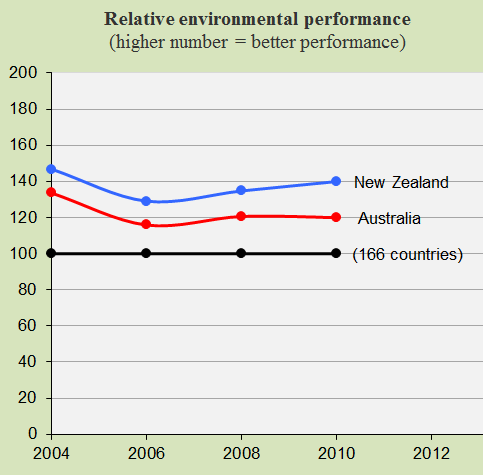 In national wealth Australia is in top 10. See the gap between for example China and Australia in GDP(ppp-$) per capita in the diagram below. The blue dots are the global average.

The remaining indicators of significance for the national Climate Contribution can be studied in the submenu “Calculations (Excel)”. The last diagram show Australia’s total share of the global: 1) Population (0.32%), 2) GDP(ppp-$) (1.19%), 3) CO2 Emission (1.40%) and 4) Contribution (3.33%). Cynicism towards the planet and future generations is good business these days.