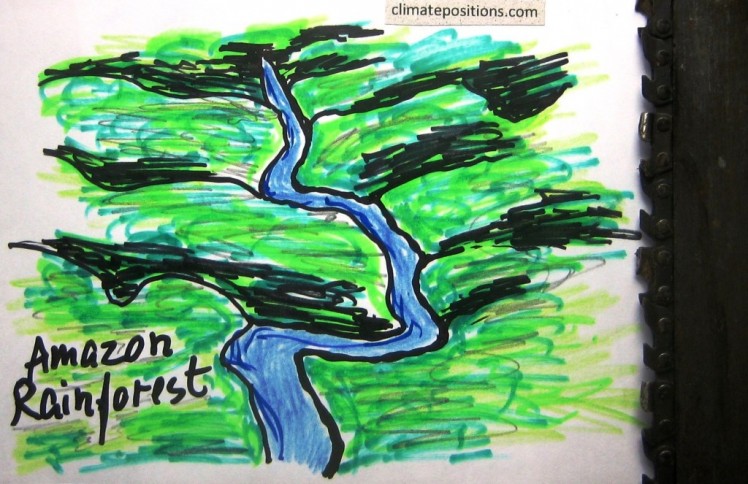 Had Brazil maintained the forest cover since 1990 the saving would have been 6.7 billion US$. See the annual CO2 Emissions per capita (the black bars) and the Contribution Free CO2 Emissions (the green bars) below. Without the cut down in forest cover the Contribution Free Level would have been 2.00 tons of CO2 per capita in 2011 instead of 1.78 tons.

The Amazon represents more than half of the world’s remaining rainforests and covers 5,500,000 km² of the 7,000,000 km² large Amazon Basin shared between nine countries in South America. A majority of 60% is contained in Brazil, 13% in Peru, 10% in Colombia, and less in Venezuela, Ecuador, Bolivia, Guyana, Suriname and French Guiana.

Rainforests are characterized by annual rainfall between 250 and 450 cm and the two maps below (from Wikipedia) show the global locations of the two types: 1) Tropical rainforest and 2) Temperate rainforest. See the development in national forest cover in the submenu “Calculations (Excel)”

Drawing (with chainsaw) by Claus Andersen, 2013.