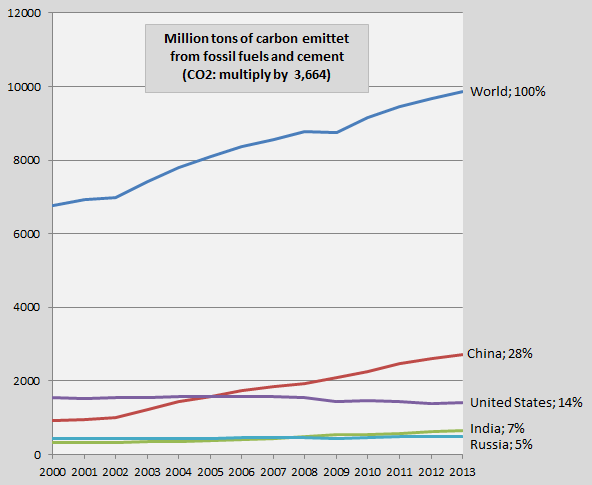 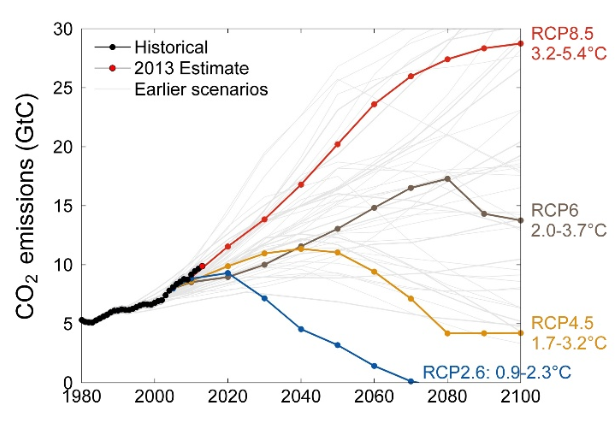 During the period 1960-2013 the carbon dioxide emissions of the United States accounted for 22% of the global emissions and the (unequally shared) national wealth is literally build on free use of the atmosphere as CO2 dump. Nevertheless the United States persistently oppose attempts to decide a global climate agreement with legally binding reduction targets. According to the United States the wisest approach to reach the necessary CO2 reductions is this, quote: “We think ambition and participation will be maximized if each Party [country] can put forward a commitment it deems appropriate and fair for its circumstances …” (more about the negotiation positions of the four countries ‘here’). While the very high emissions per person of the United States slowly decrease (which is good) the global emissions increase catastrophically, due to voluntary “appropriate commitments”, growing population and lack of leadership. Planetary ‘feedback loops’ will soon voluntary take over the agenda and make the historic anthropogenic emissions look like a fuse.

¹Open the latest spreadsheet and the fan “Territorial Emissions” (for values in CO2 multiply the values of pure carbon by 3.664).