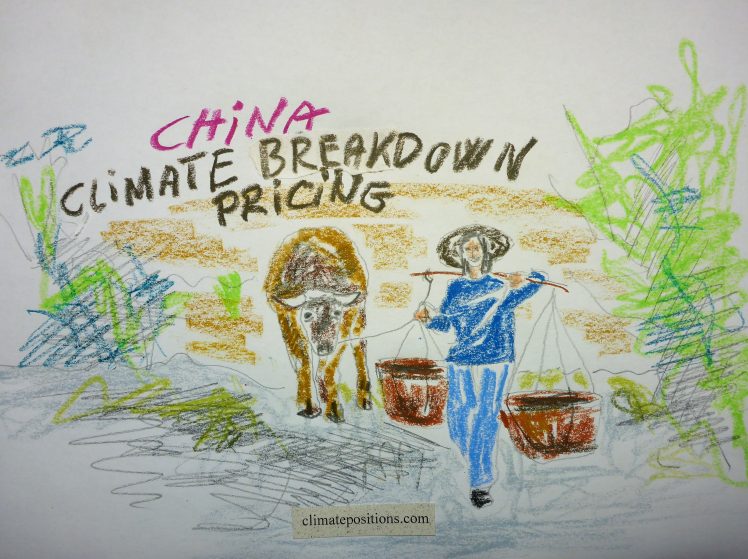 The first diagram shows the Fossil CO2 Emissions per capita annually between 2000 and 2018. The green bars show the Free Emissions Level. The gap between the green and the black line is the calculation bases of the Climate Debt. China’s harsh emissions growth-trip flattened out around 2013. 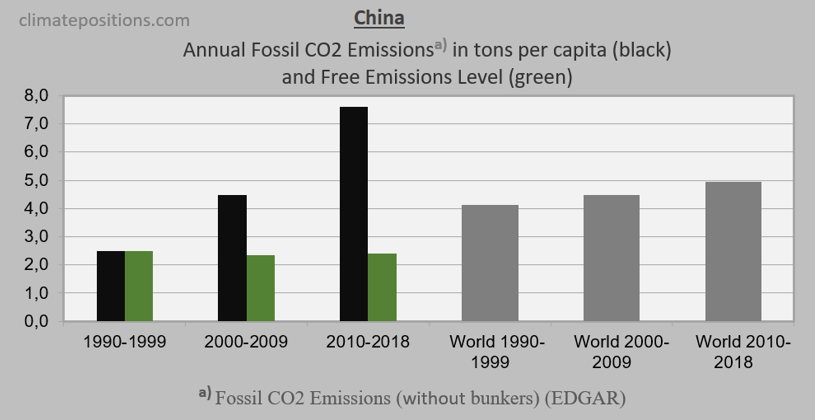 The fourth diagram shows the ‘per capita Climate Debt‘ trends between 2010 and 2020, with World average set at 1, of China and five neighboring countries: Kazakstan, Japan, Russia, Mongolia and Vietnam. China is very close to World average. 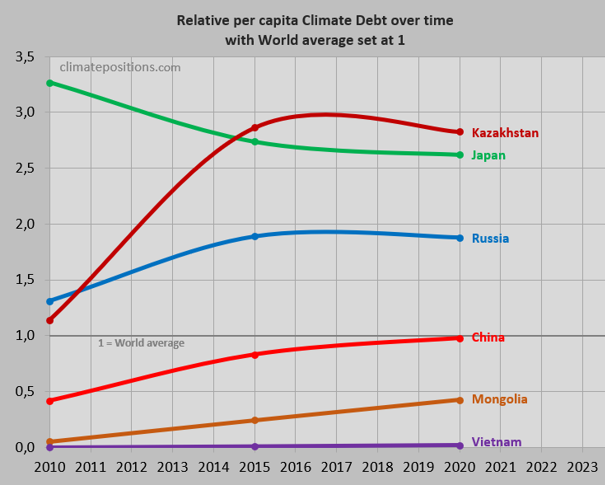 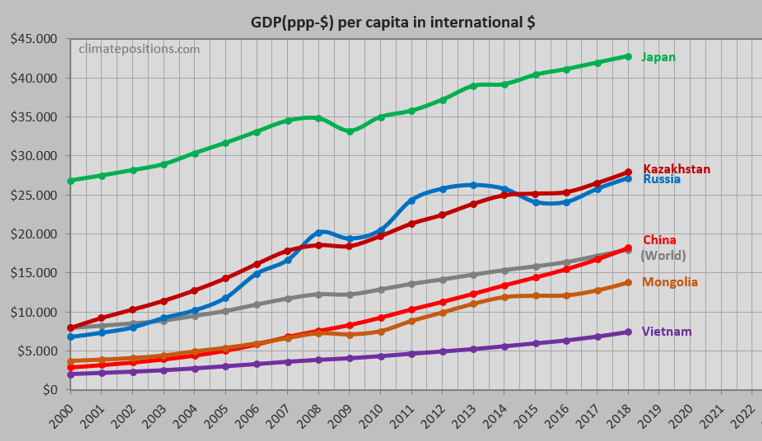 The final diagram shows the relative per capita Ecological Footprint without the carbon footprint of China, Japan and Russia, with an average country among 181 set at 100. Note that data is around three years prior to the specified years. 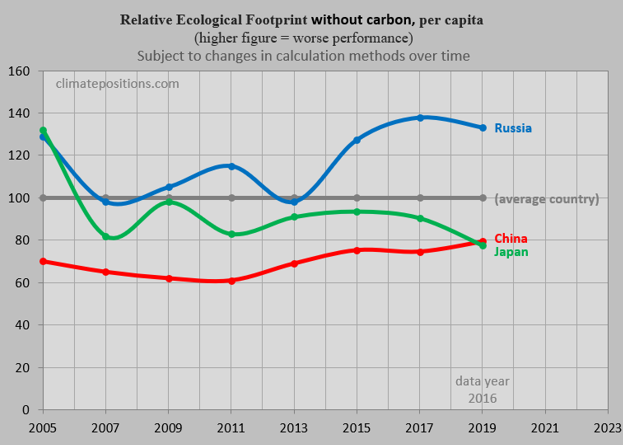