The historic case now headed to trial, is backed by the paper ‘Young people’s burden: Requirement of Negative CO2 Emissions‘ (pdf, 40 pages) by ‘James Hansen‘ and other climate scientists. The tough preparations for the trial are reviewed on the site ‘Our Children’s Trust‘ (including ‘Timeline‘ since 2011) … on which hopefully the good news will be brought to the World later.

The two diagrams below (by me) illustrate the burdensome climate change responsibility of the United States, since 1960. Read also the article ‘Early history of global warming science and predictions‘. 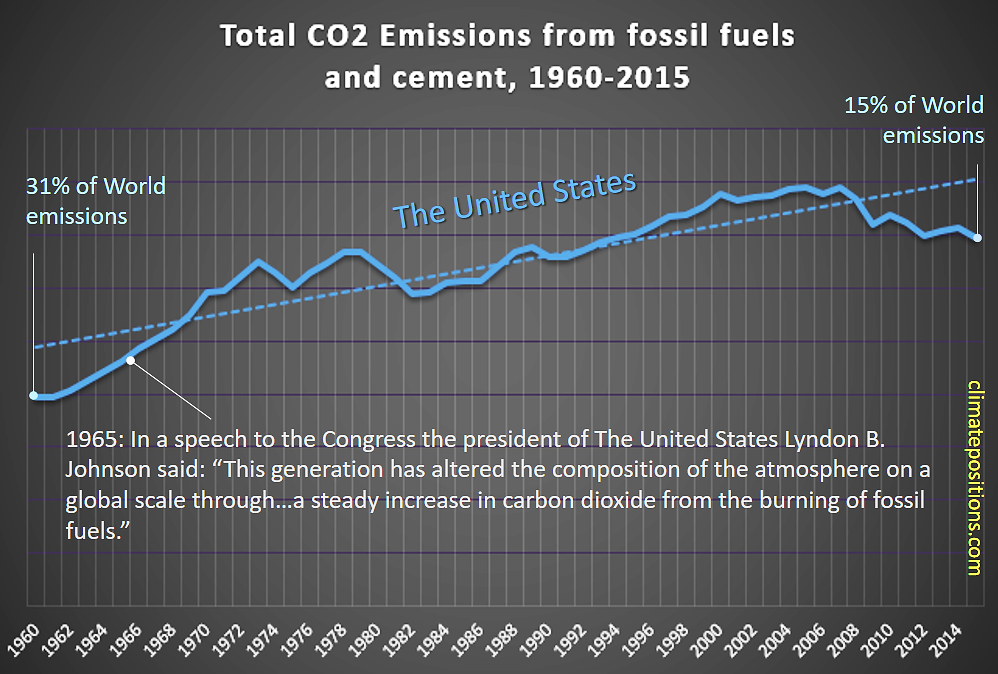 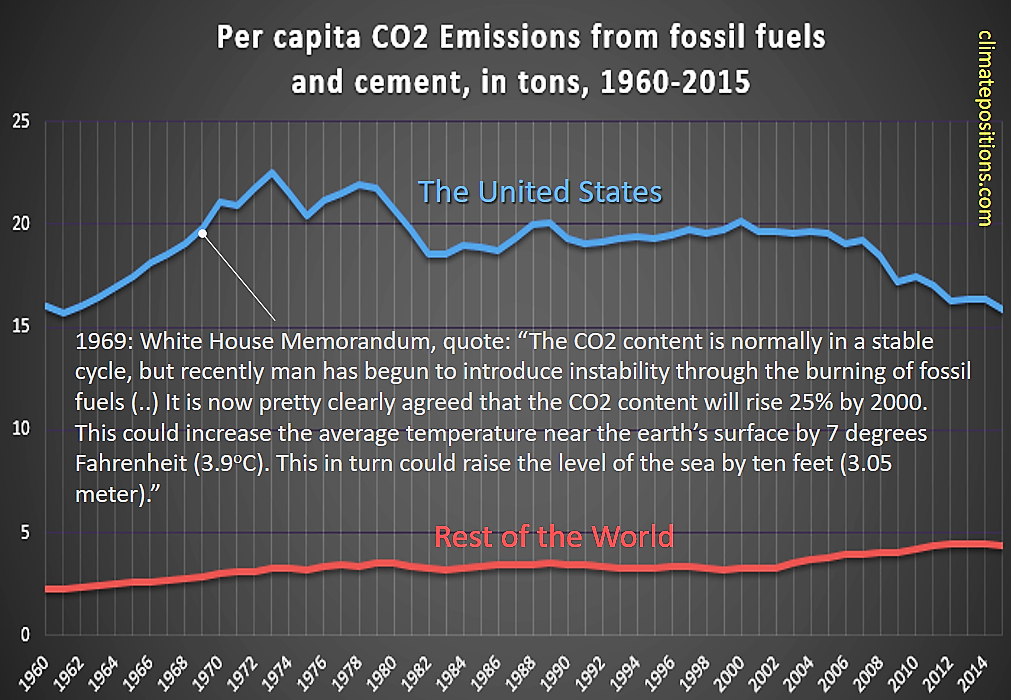