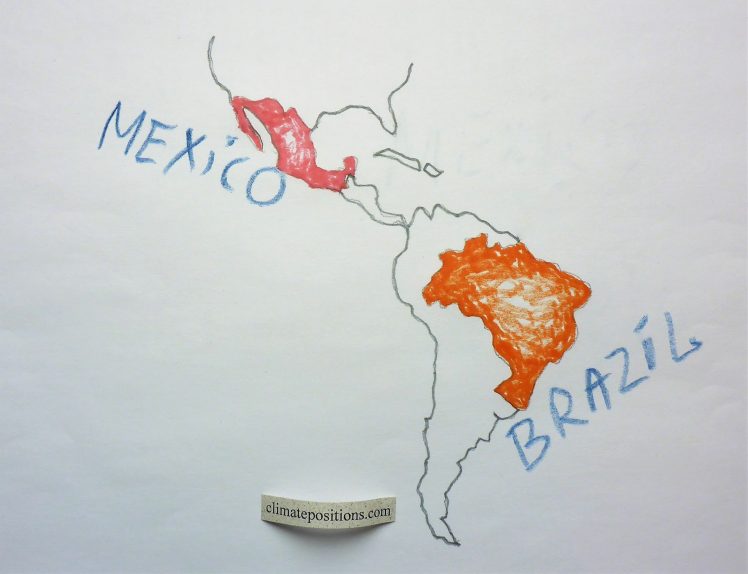 Brazil and Mexico are the world’s 11th and 12th largest emitters of CO2 from Fossil Fuels and cement. Combined, the two countries were responsible for 2.8% of world CO2 Emissions in 2015. The following examines the ‘Indicators‘ of CO2 Emissions, GDP(ppp-$), Forest Cover, Primary Forest and Ecological Footprint (without carbon footprint).

The next two diagrams show Brazil’s and Mexico’s CO2 Emissions in tons per capita, in decades. Brazil can increase emissions by nearly 22% in 2020, compared to 1990s, while Mexico must reduce by 35%. The grey bars are world emissions average. 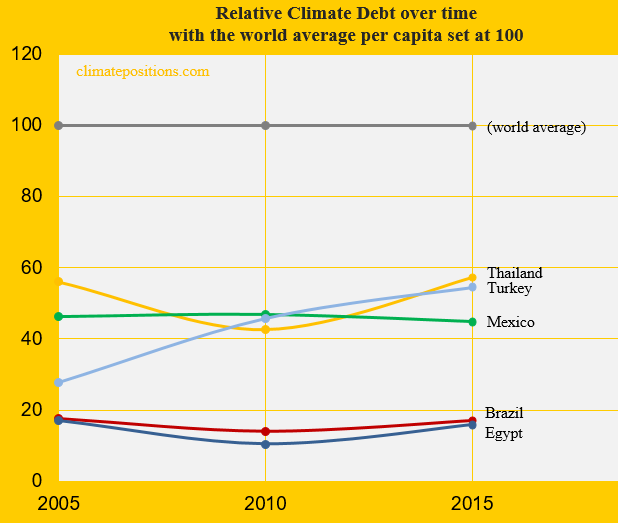 The diagram below shows the per capita GDP(ppp-$) of the same five countries and the world average. The wealth of Brazil and Mexico both dropped in 2015, compared to 2014. 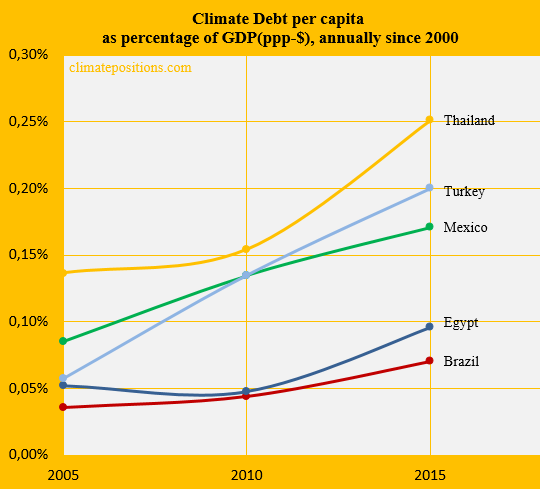 The two diagrams below show the changes in Forest Cover and Primary Forests, from 1990 to 2015, of Brazil and Mexico. Between 2010 and 2015, the precious Brazilian Primary Forests remained unchanged, while the Mexican decreased by 0.34%. 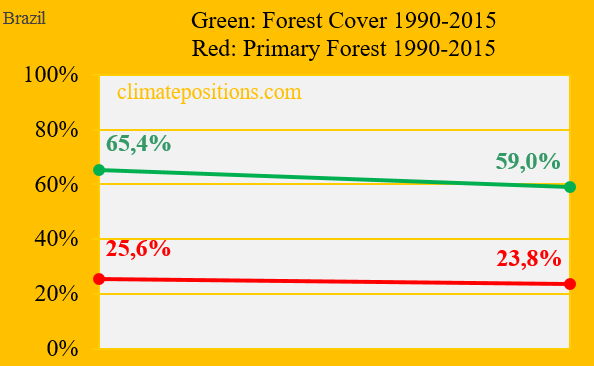 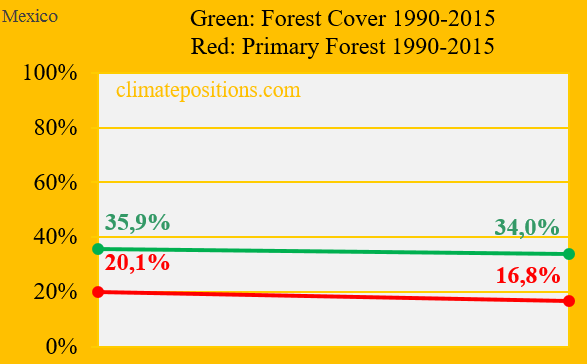 The Ecological Footprint per capita (without carbon footprint) of Brazil, Mexico and Thailand, in comparison with an average country (set at 100), is shown in the last diagram. 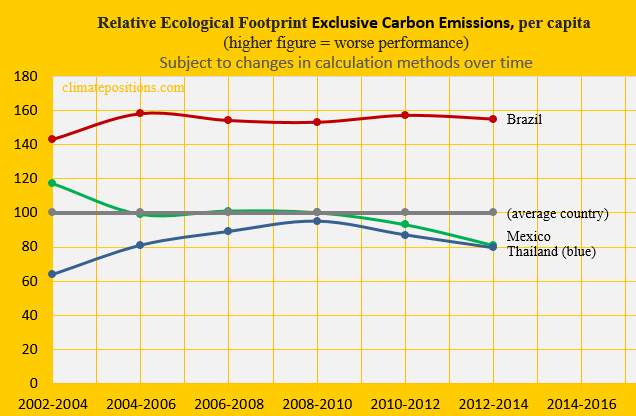