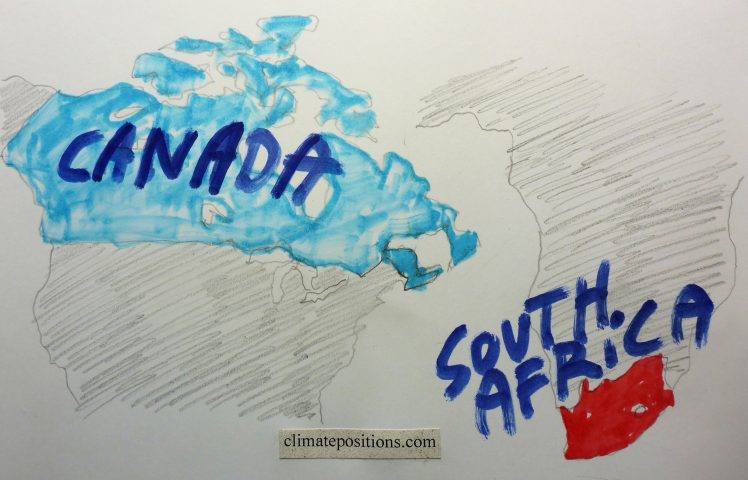 The next two diagrams show Canada’s and South Africa’s CO2 Emissions in tons per capita, in decades. Canada must reduce emissions by 73% in 2020, compared to 1990s, while South Africa must reduce by 62%. The grey bars are world emissions average. 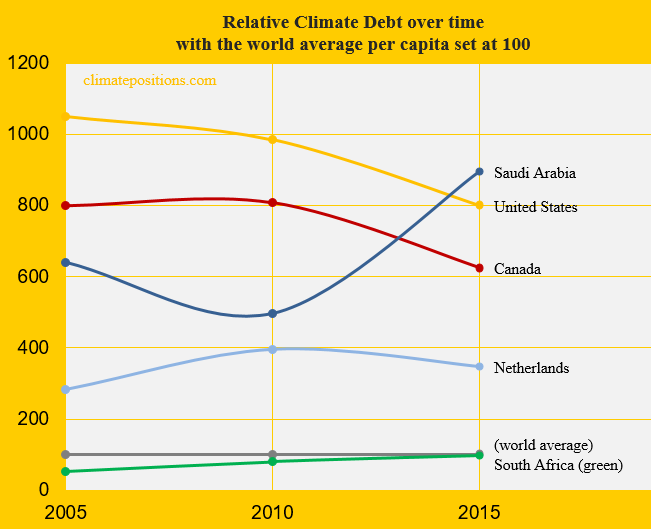 The diagram below shows the per capita GDP(ppp-$) of the same five countries and the world average. The economy of Canada slowed down in 2015. 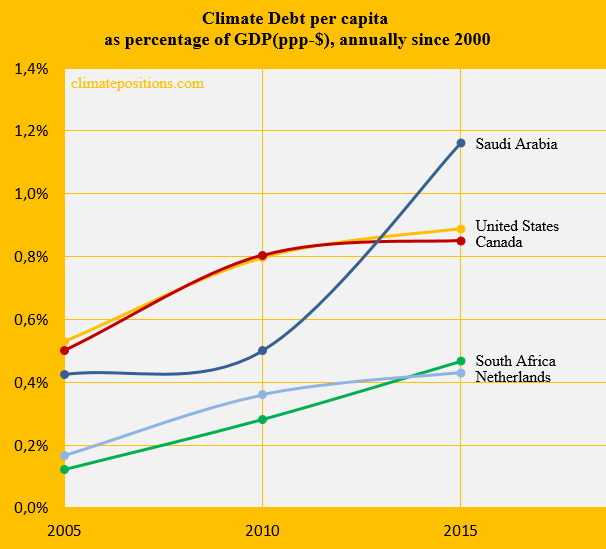 The Ecological Footprint per capita (without carbon footprint) of Canada, South Africa and Saudi Africa, in comparison with an average country (set at 100), is shown below. Canada ranks 7th among 172 countries 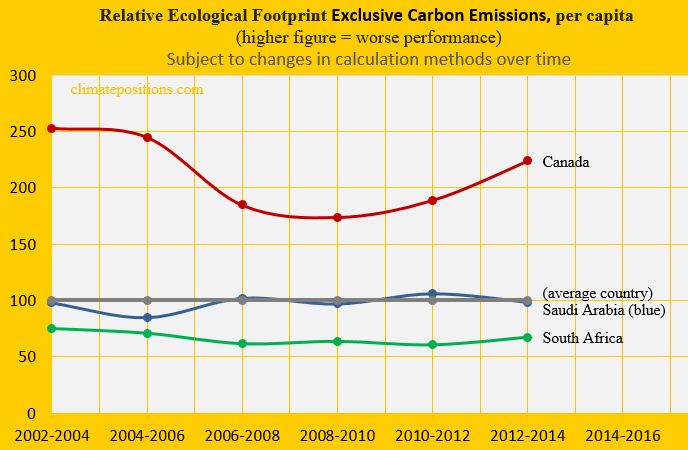 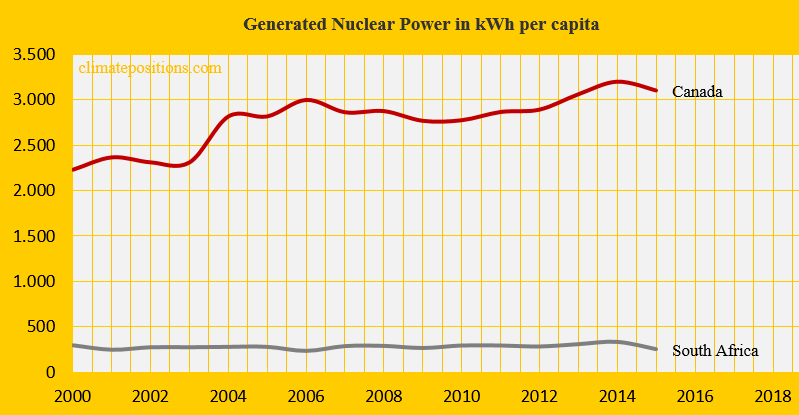