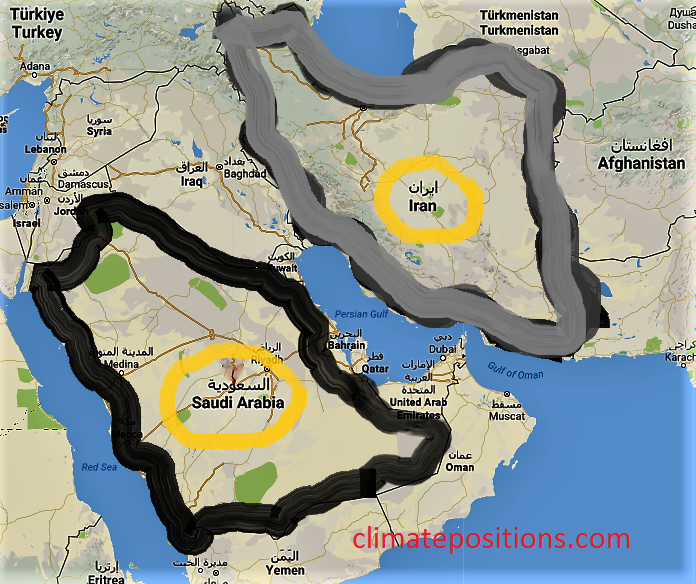 The large oil and gas producers Iran and Saudi Arabia are the world´s 7th and 8th largest emitters of CO2 from Fossil Fuels. The diagrams below show the per capita CO2 Emissions from Fossil Fuels (without bunkers) and cement, annually since 2000. The green bars show the Free Emission Level¹ – the exceedance is the basis for calculating the national Climate Debt. Iran and Saudi Arabia were responsible for 1.9% and 1.7% of global emissions in 2015.

The next two diagrams show Iran´s and Saudi Arabia´s CO2 Emissions in tons per capita, in decades. The grey bars are world emissions average. In comparison with the average CO2 Emissions in the 1990s, Iran must reduce emissions by around 38% by 2020, while Saudi Arabia must reduce by around 68%. The ‘Calculation methods‘ are identical for all 159 countries with full data in ClimatePositions. 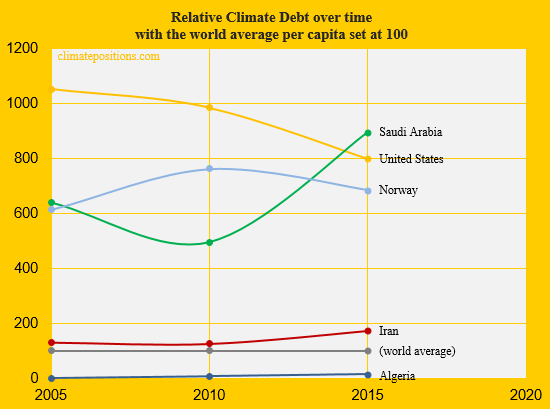 The diagram below shows the per capita GDP(ppp-$) of the same five countries and the world average. The Saudi wealth is threefold the one of Iran. 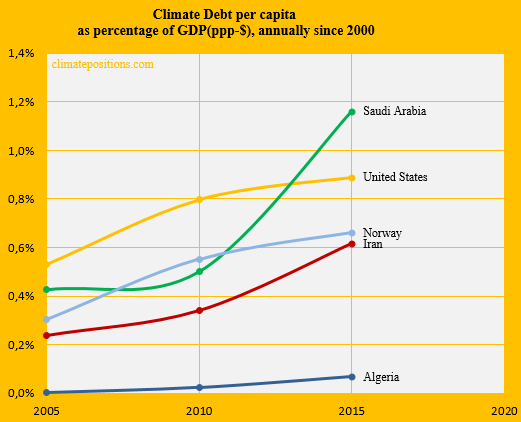 The next diagram shows the relative per capita Ecological Footprint without the carbon footprint, of Iran, Saudi Arabia and the United States, with an average country set at 100. 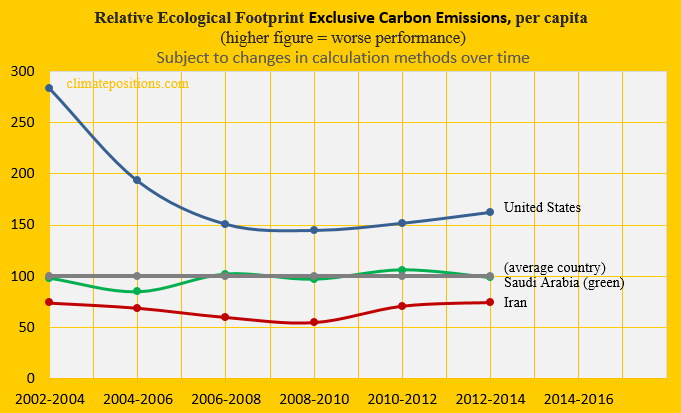 Data on oil and natural gas consumption and production are from: http://www.tradingeconomics.com/saudi-arabia/crude-oil-production and http://www.eia.gov/beta/international/rankings/#?prodact=26-1&cy=2014&pid=26&aid=1&tl_id=1-A&tl_type=a

Data on oil and natural gas reserves are from: https://www.cia.gov/library/publications/the-world-factbook/geos/sa.html