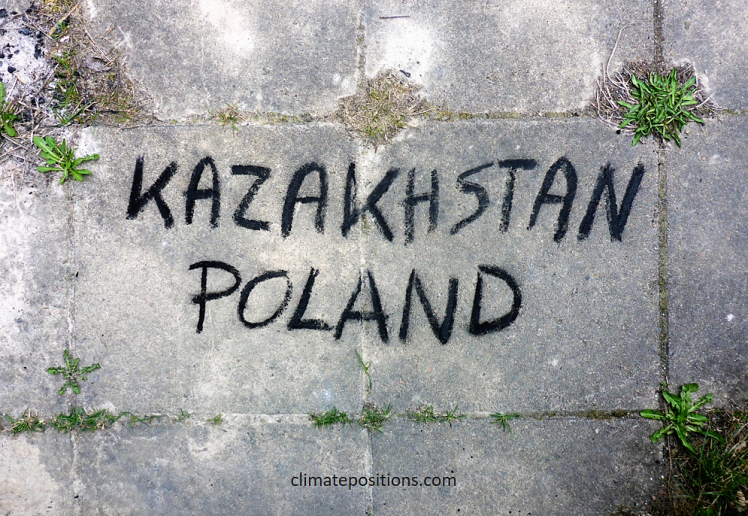 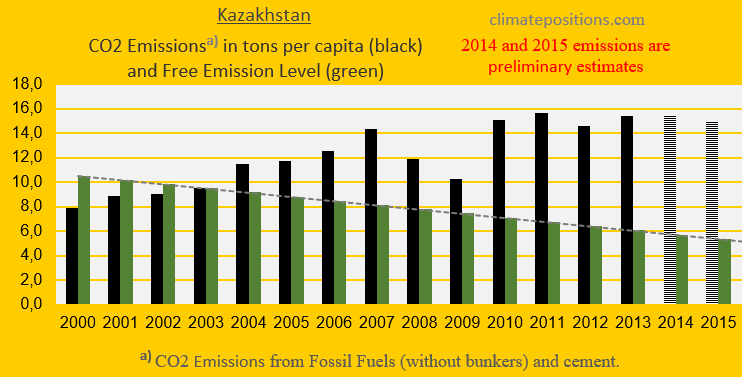 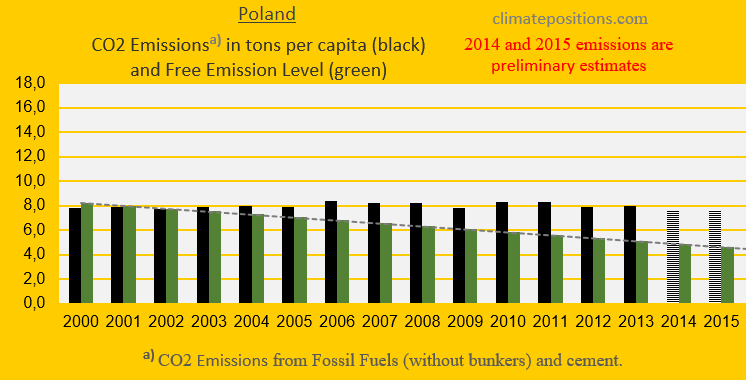 The next two diagrams show Kazakhstan’s and Poland’s CO2 Emissions in tons per capita, in decades. The grey bars are world emissions average. In comparison with the average CO2 Emissions in the 1990s, Kazakhstan must reduce emissions by 67.6% by 2020, while Poland must reduce by 59.4%. The ‘Calculation methods‘ are identical for all 159 countries with full data in ClimatePositions. 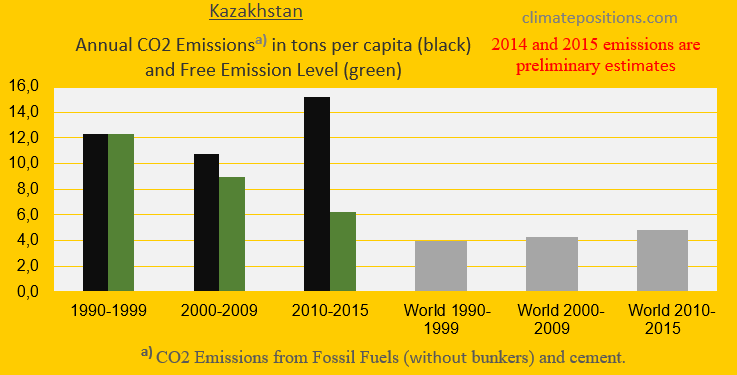 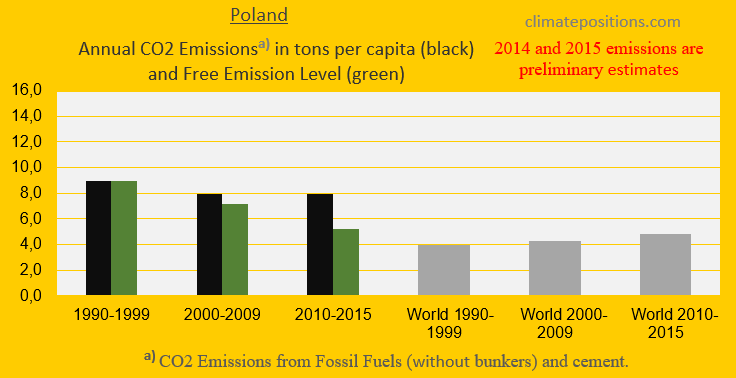 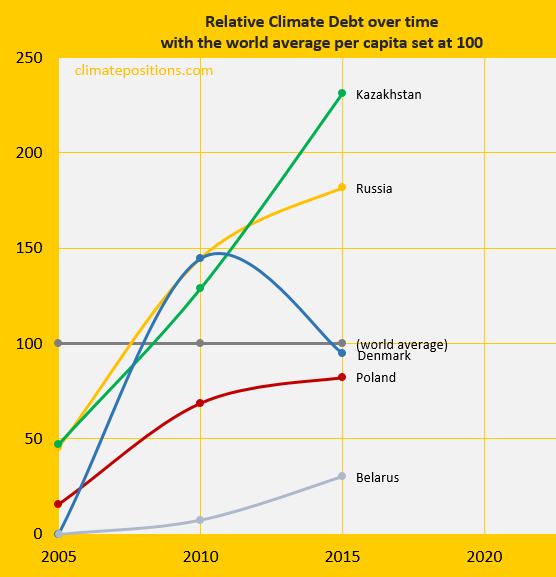 The diagram below shows the per capita GDP(ppp-$) of the same five countries and the world average. The wealth of Kazakhstan and Poland is just about the same. 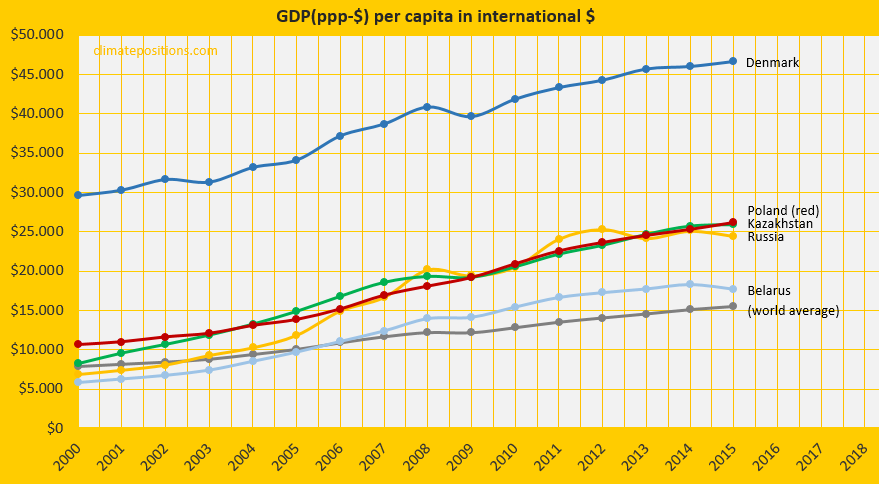 The next diagram shows Climate Debt of the five countries calculated as percentage of GDP(ppp-$), annually since 2000. See the opdated ‘Ranking‘. 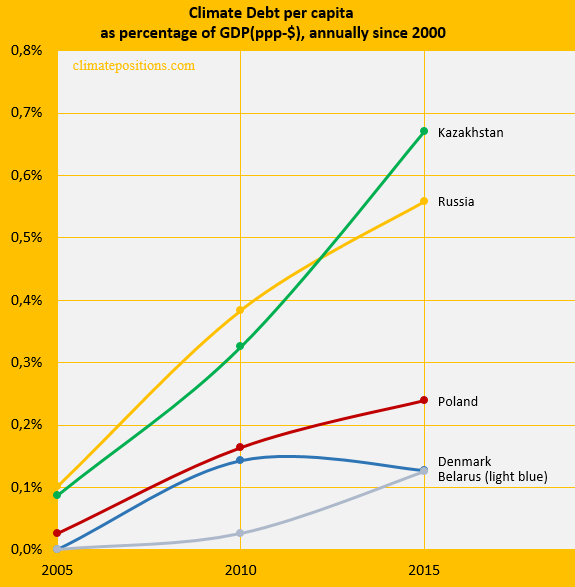 The diagram below shows the relative per capita Ecological Footprint without the carbon footprint, of Kazakhstan, Poland and Belarus, with an average country set at 100. Poland’s footprint is nearly twice the one of Kazakhstan. 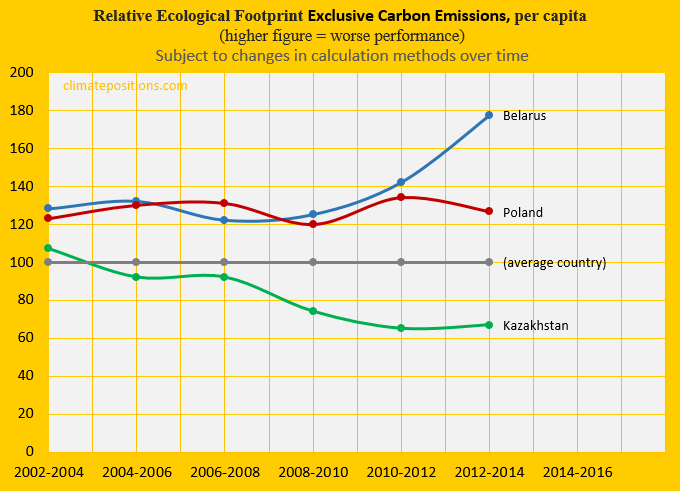 Poland’s Forest Cover has increased slightly since 1990, to 30.8% of the total area in 2015. However, the precious Primary Forests only cover 0.2% of the total area (or 0.6% of the Forest Cover). Furthermore, Poland just recently made a harmful change to environmental law that removed obligation for private landowners to apply for permission to cut down trees and pay compensation (read this ‘Article‘ from The Guardian). Last year Poland also sanctioned large-scale logging in the Białowieża forest, Europe’s last remaining primeval woodland (read these two article: ‘1‘ and ‘2‘). If Poland had increased Primary Forests to 20% of the Forest Cover, then the total Climate Debt would have been reduced by 31% ($9 billion reduction).

Kazakhstan’s Forest Cover is 1.2% of the total area and the Primary Forest is zero. 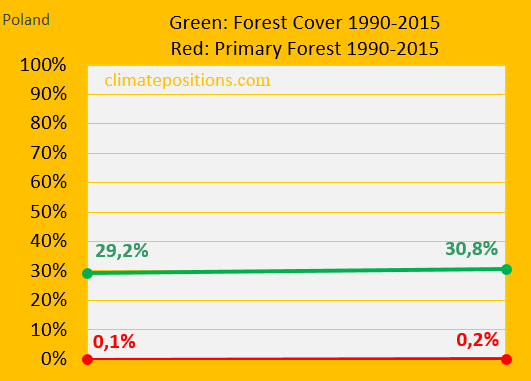