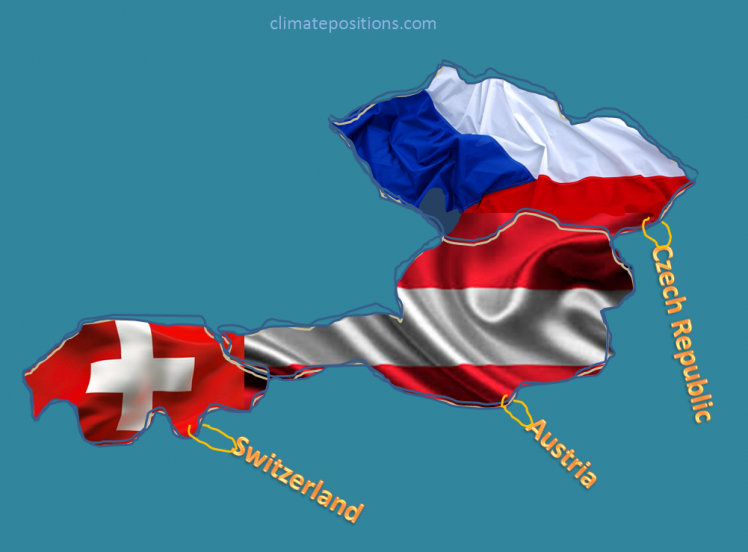 The three diagrams below show the CO2 Emissions per capita in decades of Austria, Czech Republic and Switzerland in comparison with the world average (the grey bars). The green bars show the Contribution Free Level in ClimatePositions – the free level is determined by CO2 Emissions in 1990s and a number of continuously updated ‘indicators’.

The next three diagrams show the CO2 Emissions per capita 2000-2013 (2013-emissions are preliminary estimates). The total amounts of CO2 Emissions exceeded per capita since 2000 are: Austria 26.1 tons, Czech Republic 15.2 tons and Switzerland 5.9 tons. The exceeded emissions are the basis of the calculation of national Climate Debt.

In ClimatePositions Nuclear Power generation must be reduced at the same rate as CO2 Emissions from fossil fuels, because large quantities of dangerous radioactive nuclear waste are left for hundreds of generations to deal with in the future. 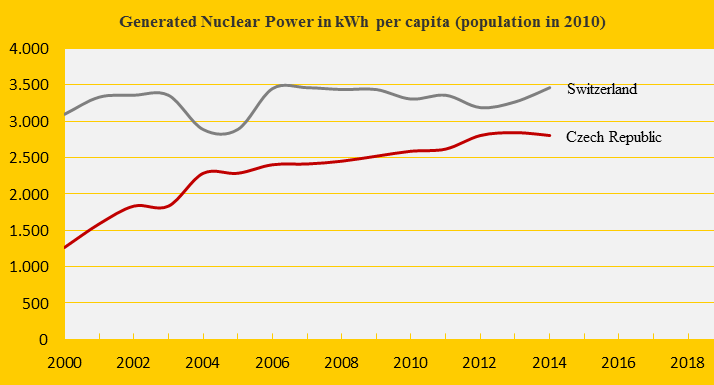 The Environmental Performance tends to be more domestically focused and rich countries often perform better than poor (environmental problems are often exported to developing countries). See the relative performance of the three countries, with the average of 180 countries set at 100 in the diagram below. Examine the detailed scores at the source: ‘Austria’ (ranked 8th), ‘Czech Republic’ (ranked 5th) and ‘Switzerland’ (ranked 1rd). 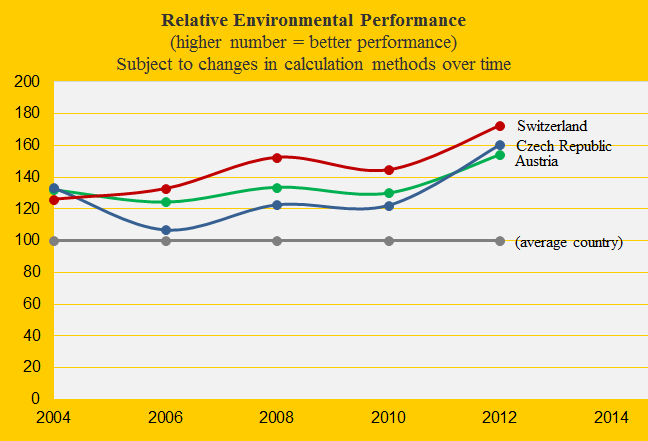 The GDP(ppp-$) per capita since 2000 of Austria, Czech Republic, Switzerland, Germany, France and the world average, is shown in the diagram below. Switzerland’s superior wealth is due to its large financial sector (so called “tax heaven” diminishing other countries company taxes). 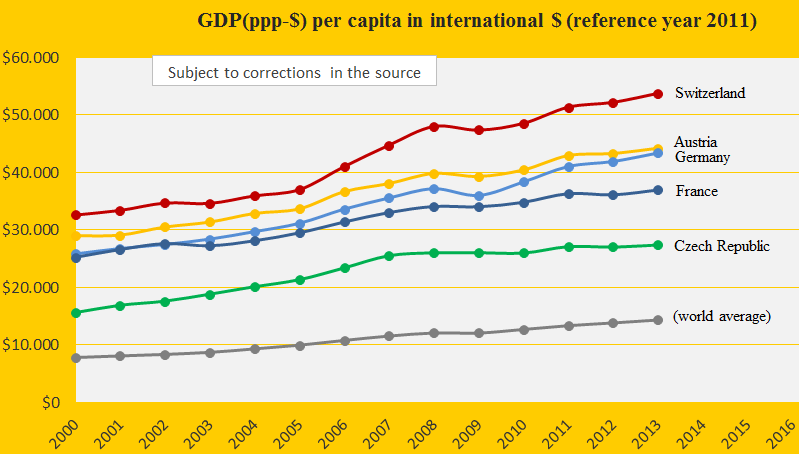 The Climate Debt calculated as percentages of the GDP(ppp-$) annually since 2000, of the same five countries, are shown in the diagram below. The Austrian and Czech the rate of growth is higher than the others. See the ‘ranking’. 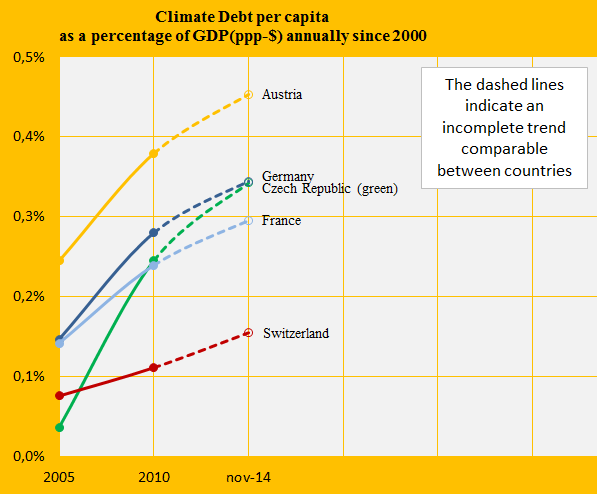 Image with flags by Claus Andersen, 2015.