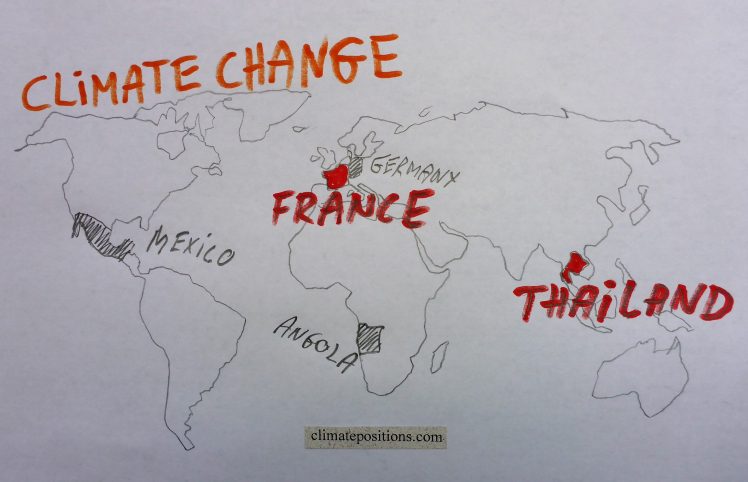 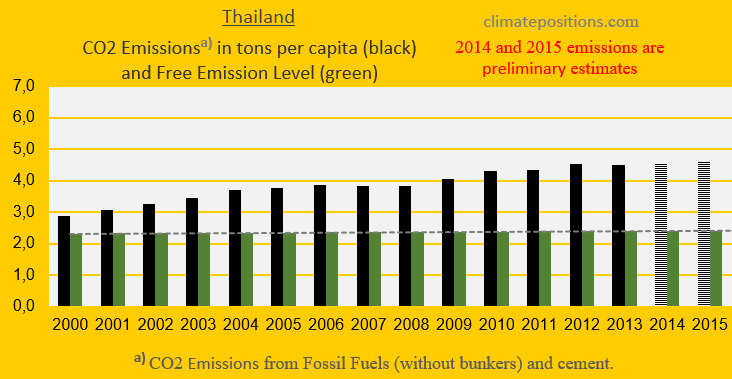 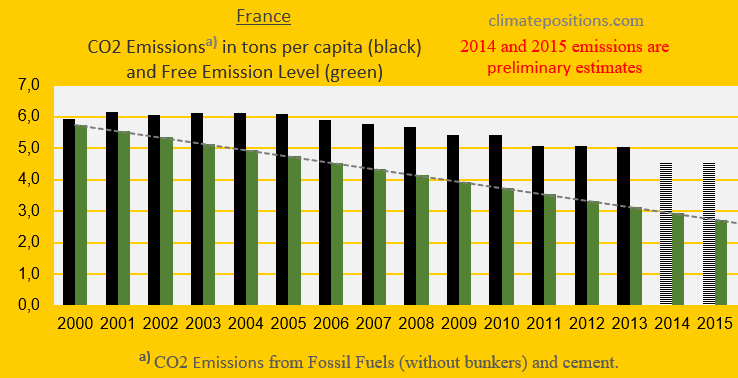 The next two diagrams show Thailand’s and France’s CO2 Emissions in tons per capita, in decades. Thailand emissions can increase by 1.4% in 2020, compared to 1990s, while France’s must reduce emissions by 68.7%. The grey bars are world emissions average. 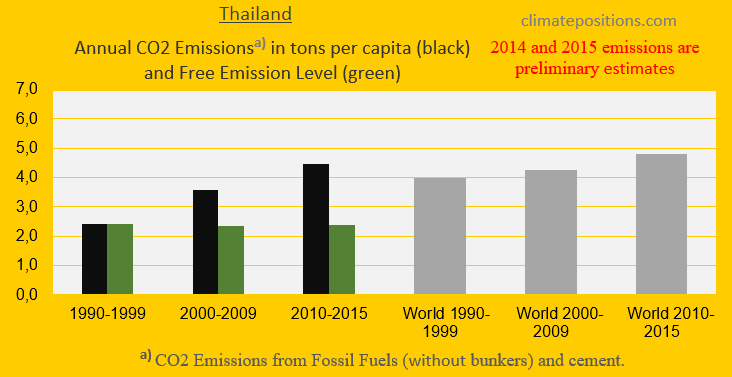 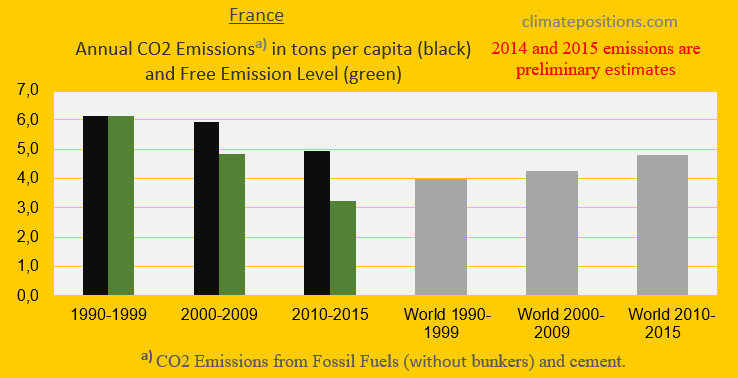 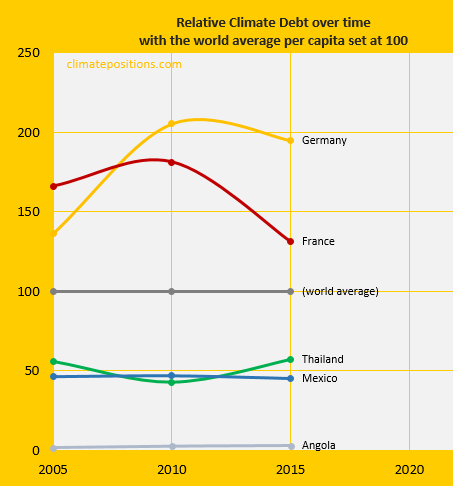 The diagram below shows the per capita GDP(ppp-$) of the same five countries and the world average. The French per capita wealth was 2.4 times the one of Thailand in 2015. 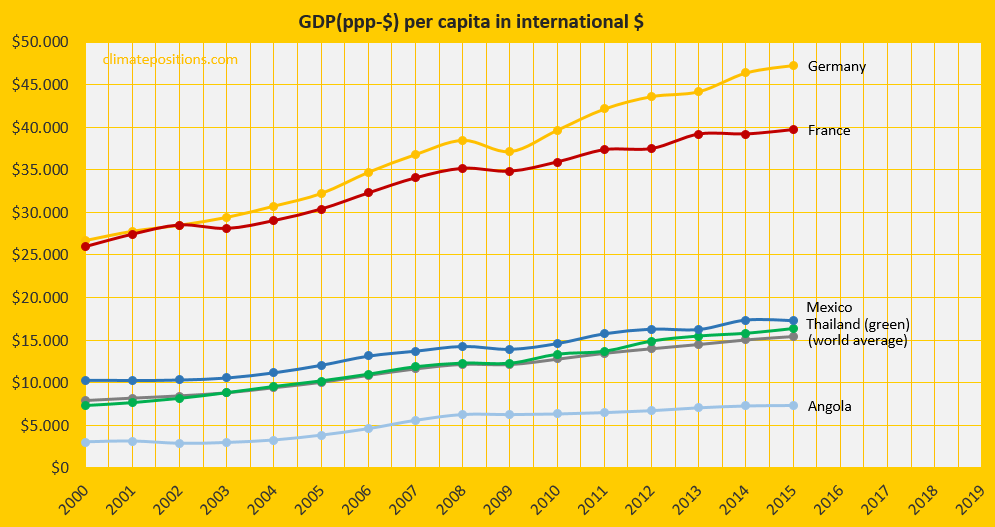 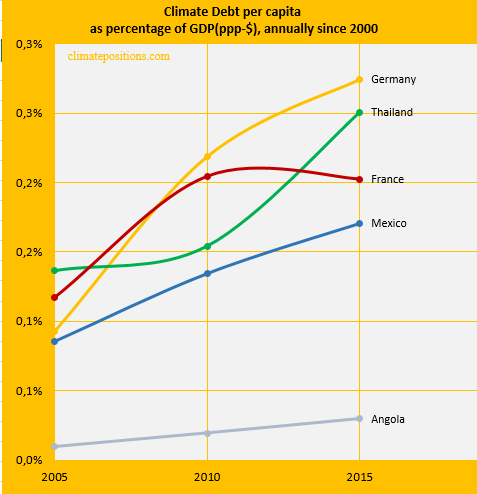 The Ecological Footprint per capita (without carbon footprint) of Thailand, France and Angola, in comparison with an average country (set at 100), is shown below. France ranked 16th among 172 countries in 2012-2014 (published 2016). 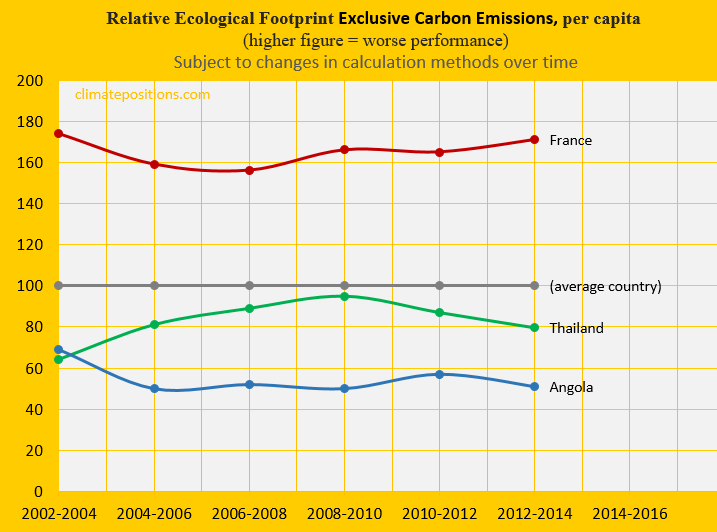 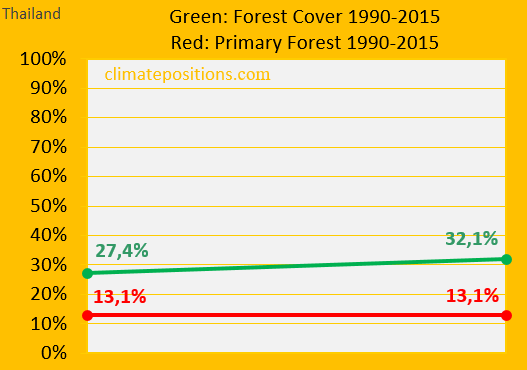 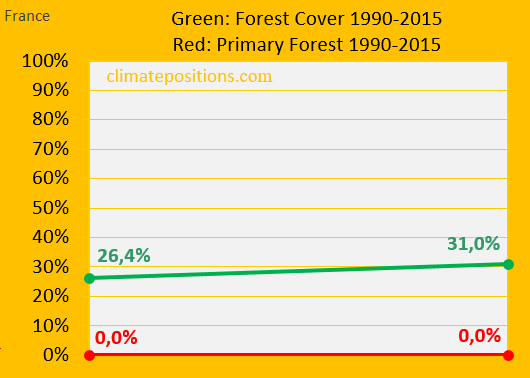 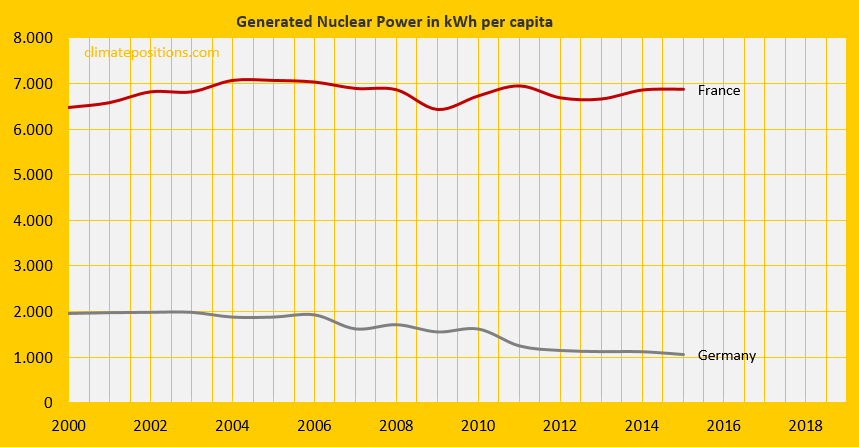