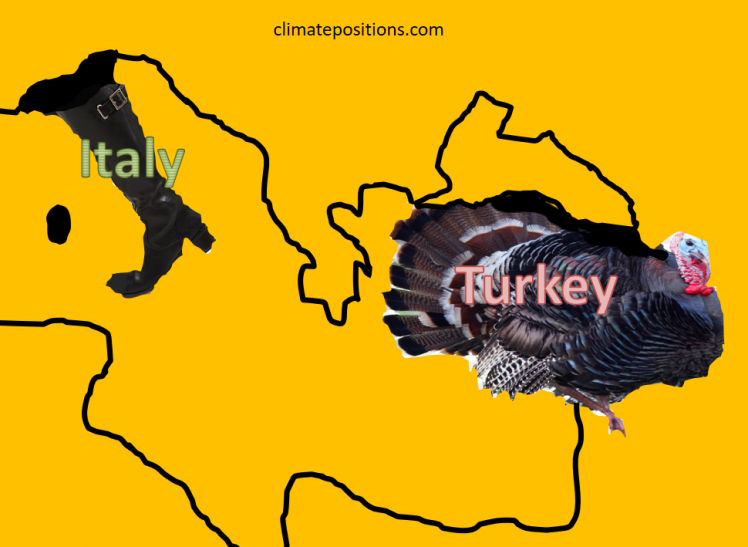 Turkey and Italy are the world’s 17th and 18th largest emitters of CO2 from Fossil Fuels and cement. Combined, the two countries were responsible for 2.0% of world CO2 Emissions in 2015. The following examines the ‘Indicators‘ of CO2 Emissions, GDP(ppp-$) and Forest Cover (including Primary Forest).

The next two diagrams show Turkey’s and Italy’s CO2 Emissions in tons per capita, in decades. Turkey must reduce emissions by 16% in 2020, compared to 1990s, while Italy must reduce by 52%. The grey bars are world emissions average. Between 2006 and 2014, Italy reduced per capita emissions by 36%. 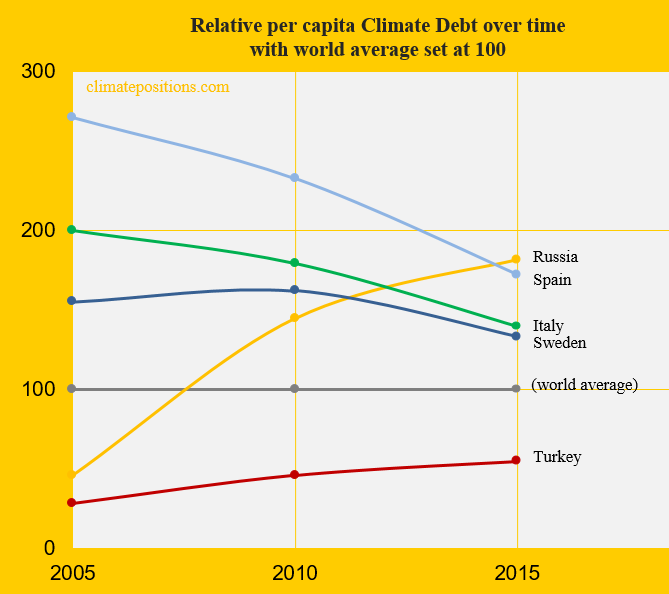 The diagram below shows the per capita GDP(ppp-$) of the same five countries and the world average. Italy was hit hard by the financial crisis in 2008 and stagnated since then. 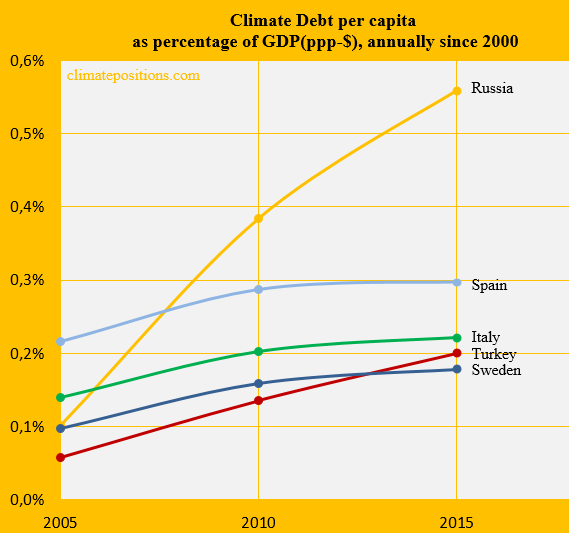 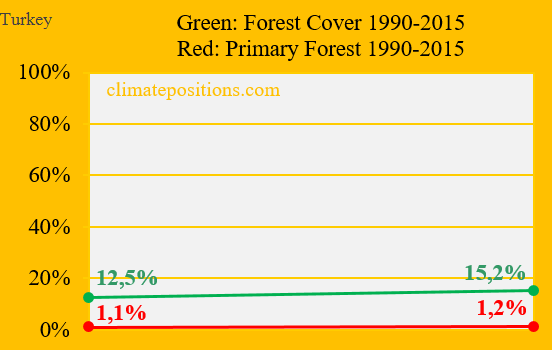 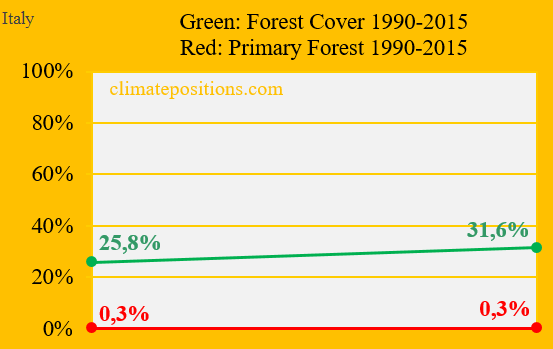 ¹The Free Emission Level (green bars) is determined by national CO2 Emissions 1990-1999 (baseline), and eleven more ‘Indicators’, of which seven are national and four are global..

Data on Forest Cover and Primary Forest are from Data on national forest cover and primary forests are from United Nations UN (Report: Global Forest Resources Assessments) (links in the menu “Calculations / Sources and Links”).