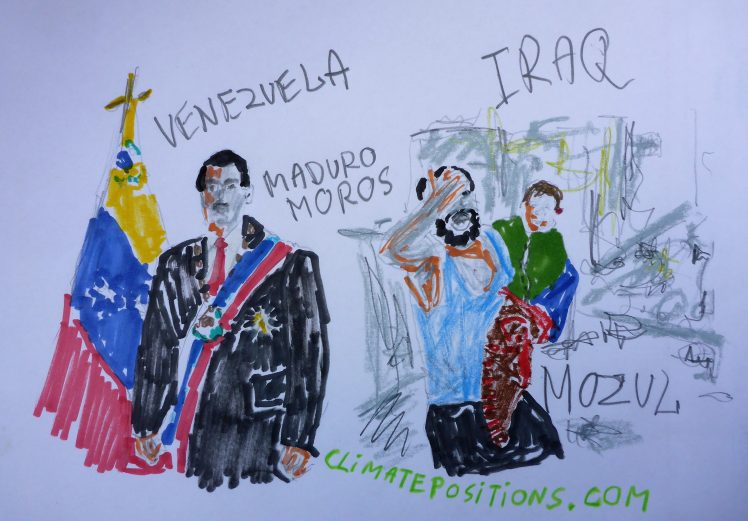 The huge Venezuelan oil reserves is “heavy” by international standards and must therefore be processed by specialized refineries. In addition, the investments have been affected by political turbulence in recent year. Consequently, the reserves do not attract much development investments and are considered more or less irrelevant. The graphs below show the Venezuelan and the Iraqi oil production in million tons annually since 2006.

Venezuela’s accumulated Climate Debt is $872 per capita, while Iraq’s is $370 (see the latest ‘Ranking‘). The two countries are the world’s 29th and 30th largest emitters of CO2 from Fossil Fuels (without bunker) and cement – combined, they emitted 1% of the global CO2 in 2015.

The diagram below shows the national shares of the global Climate Debt, in 2017 and 2012. Both countries have increased their shares in recent years. 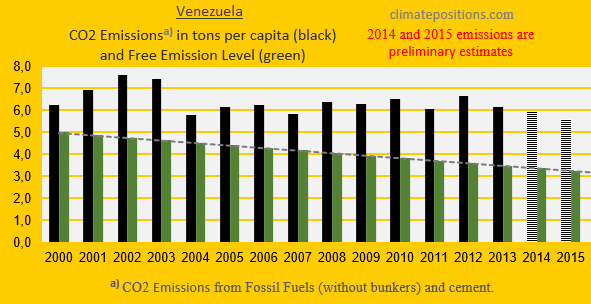 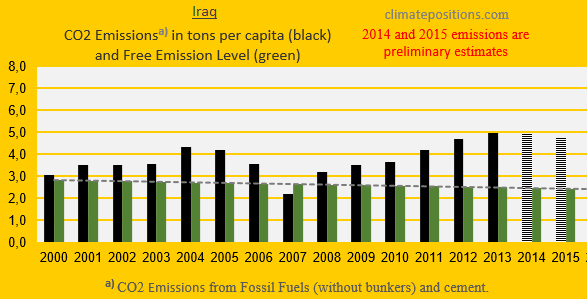 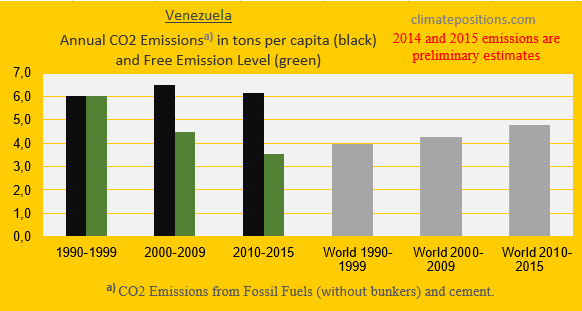 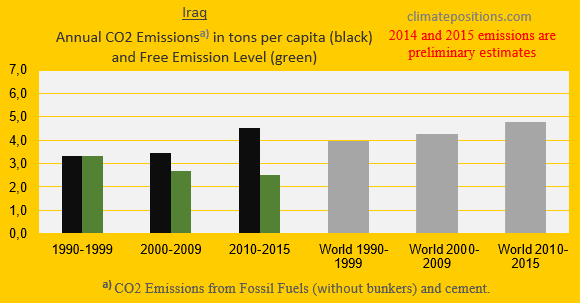 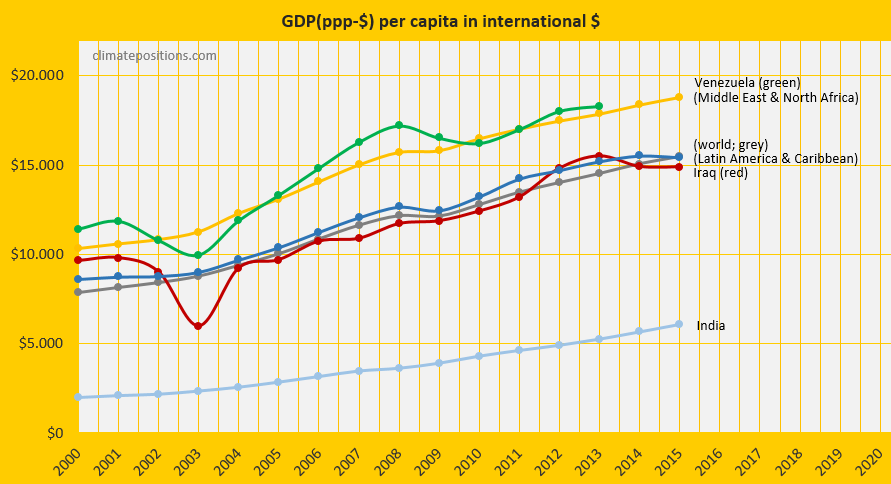 The diagram below shows the changes in Forest Cover and Primary Forests, from 1990 to 2015, of Venezuela. The precious Primary Forests are still 50.2% of the total land area, compared to 51.1% in 1990; which is remarkable for the region. Iraq’s Forest Cover is unchanged less than 2%. 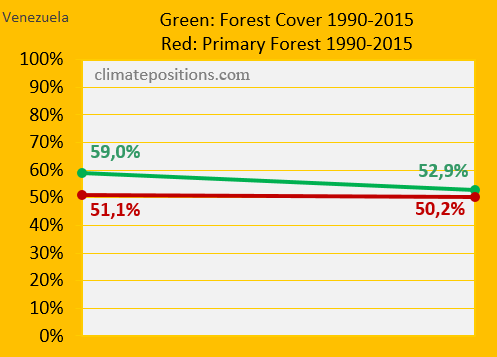 Finally, the table below shows four key values of Venezuela, Iraq, Saudi Arabia, Iran, Turkey, Brazil, Guyana and Colombia, in the calculation of national Climate Debts in ClimatePositions. The price of CO2 per ton (column two) is for total CO2 Emission from Fossil Fuels (without bunkers) and cement. Climate change financing (column three) is from March 2017.