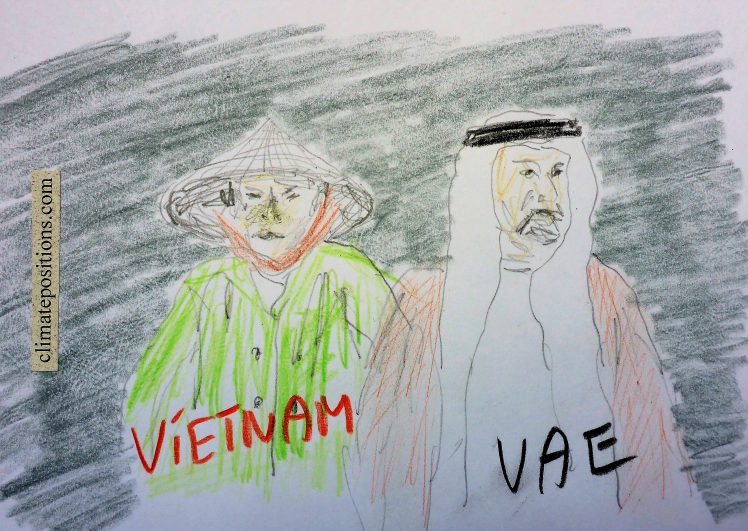 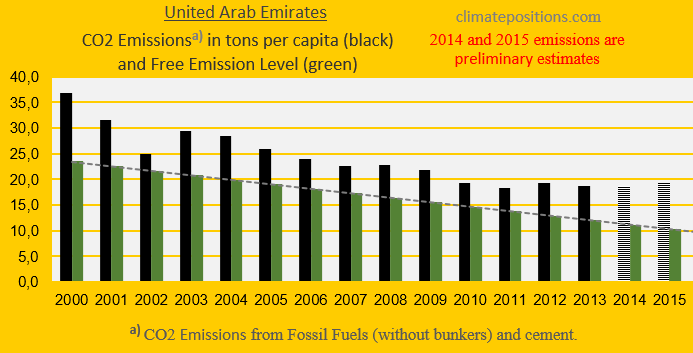 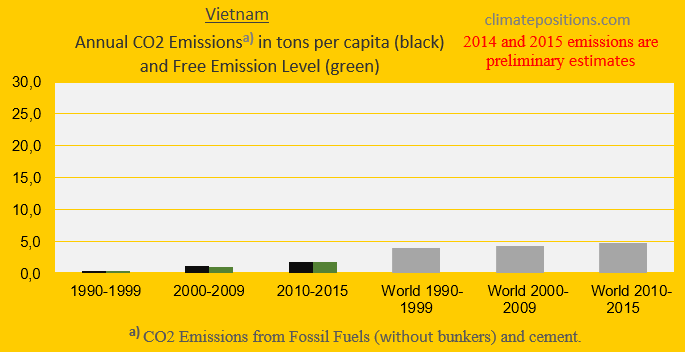 The population-growth of UAE was extreme 13.3% annually between 2000 and 2015 (see the diagram). The growth was mainly due to low-paid workforce immigration from India, Pakistan, Bangladesh, Egypt, Philippines, etc., and expatriate workers were about 90% of the workforce in 2013. The immigrants generally lack the rights associated with citizenship and face various restrictions on their rights as workers². In the context of climate change performance, the population-growth has cut national per capita CO2 Emissions – and consequently the per capita Climate Debt. Even so, UAE ranks 6th among 159 countries. One can only imagine the degree of climate destruction performed by the minority of rich and brutal native Emiratis.

The diagram below shows the per capita GDP(ppp-$) of Vietnam, UAE, Australia, Oman, Trinidad and Tobago and world average. The wealth of UAE was twelve times the one of Vietnam, in 2015. 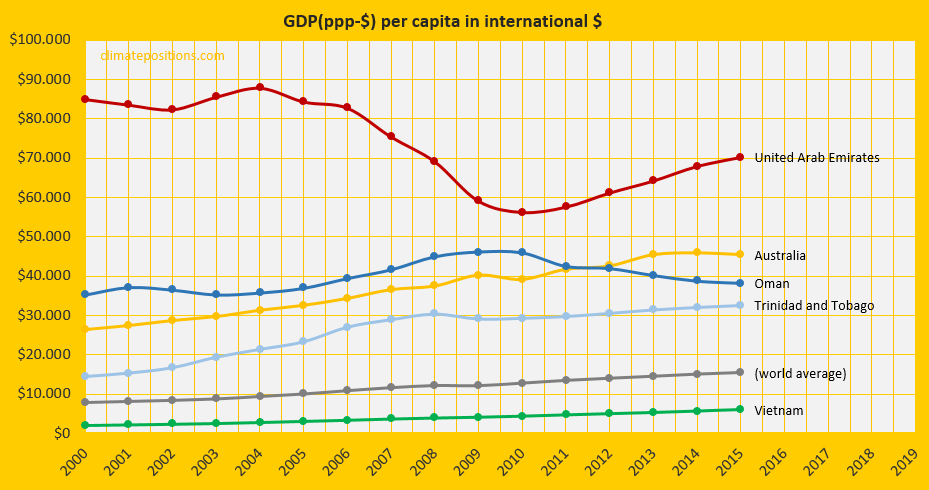 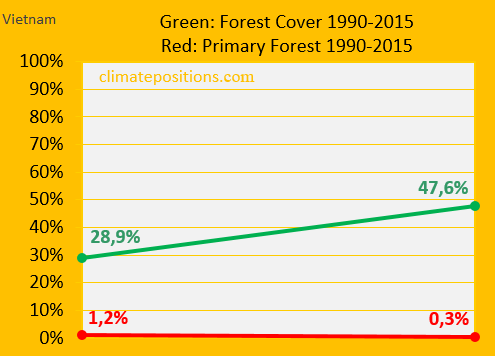 A hypothetical example: If Vietnam’s Forest Cover had been unchanged since 1990, then the per capita Climate Debt would have been $37 instead of the current $14.