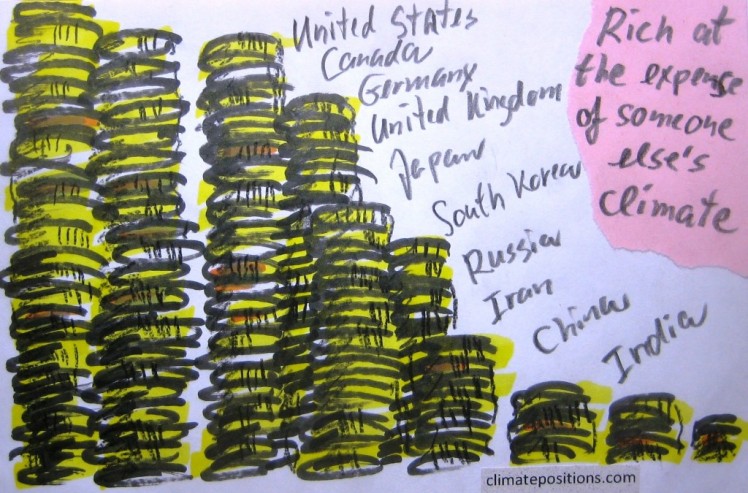 Below are the ten countries’ Climate Contributions (debt) in 2010 ranked as annual percentage of GDP(ppp-$) since 2000 (the starting year for ClimaterPositions). The second column is the total national Contribution per capita in 2010. The third and fourth columns are the corresponding figures in 2005 to comparison.