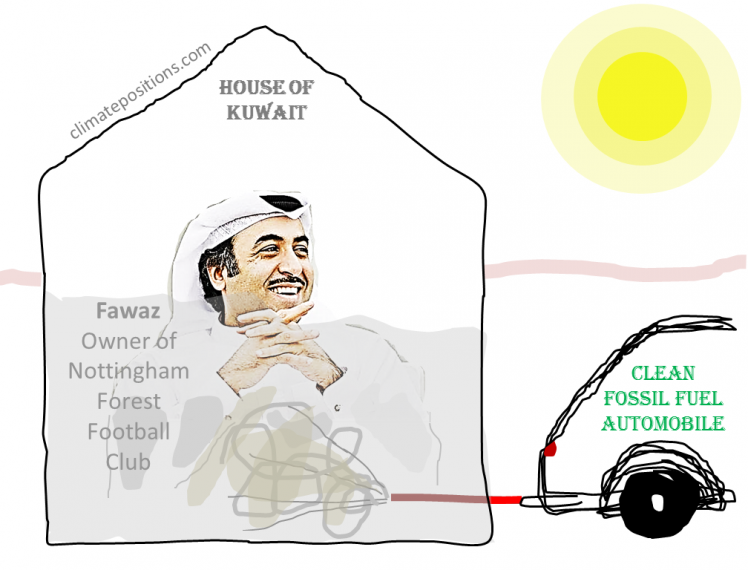 The relative Environmental Performance over time of the Kuwait, United States and Trinidad and Tobago, with the world’s average set at 100, is shown below. The ‘Environmental Performance Index’ published January 2016 (data-year is set at 2014 in the diagram) ranks the Kuwait 113th among 180 countries. See the ‘Details’ on Kuwait’s performance. The previous ‘Index published in 2014’ ranked Kuwait 42nd. 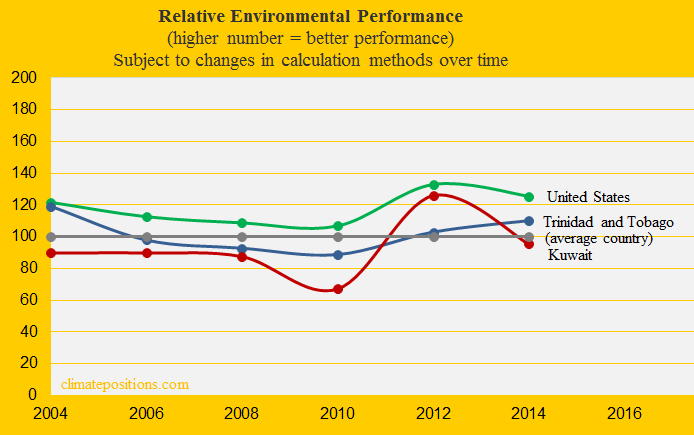 In 2013 the Kuwait was the 3rd wealthiest country among 148 with full data in ClimatePositions. The diagram below shows the development since 2000, in comparison with United States, Saudi Arabia, Oman, Trinidad and Tobago and the world average.

January 2016 the Kuwaiti Climate Debt per capita as share of the GDP(ppp-$), since 2000, was 2.32% annually, which is the 3rd highest among 148 countries (after Trinidad and Tobago and Qatar). The development since 2005 is shown in the diagram below, along with the same group of countries. The turbulent graph is strongly interconnected with changes in the GDP(ppp-$)², which again is related to changes in the oil-marked. 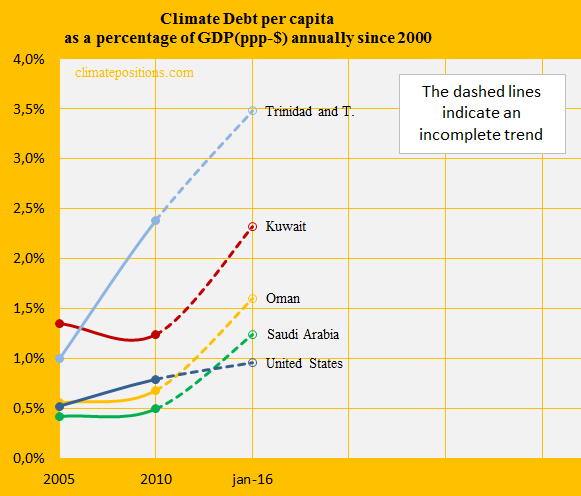 ¹According to a ‘2015-study in the journal Nature’ (read this ‘Article’ from The Guardian) around 61% of all known extractable gas reserves in Middle East (49% globally) and 38% of all known oil reserves (33% globally) will have to stay in ground beyond 2010 if global warming are to be limited to 2°C.

²Note that historic levels of GDP(ppp-$) has a gradually reduced impact on the Climate Debt in comparison with resent levels.