The South Korean indifference to global climate and the living conditions of coming generations can be framed as follows: It has been known for decades that CO2 Emissions causes dangerous global warming (read ‘Early history of global warming science and predictions’). Nevertheless, South Korea emitted 107% more CO2 per capita in 2014 (preliminary estimate) than in 1990 … whereas 48% reduction during the 24-year period is required in ClimatePositions. This discrepancy explains the huge gabs between the green bars and the black bars in the diagrams. Note that the growth in Nuclear Power generation also enlarges the discrepancy (read about Nuclear Power below).

South Korea is the world’s 4th largest Nuclear Power generator and the 6th largest generator per capita. The diagram below shows the per capita generation since 2000 in comparison with Germany. South Korea’s total generation increased by 5% between 2010 and 2014, while the world’s total generation decreased by 8%. Today, around 6% of the world’s Nuclear Power is generated in South Korea. According to ‘World Nuclear Association’ Nuclear Energy provides 30.4% of the South Korean electricity and capacity is planned to increase by 70% by 2029, and maintain this level to 2035.

In ClimatePositions Nuclear Power generation must be reduced at the same rate as CO2 Emissions from fossil fuels and cement production, because dangerous radioactive nuclear waste is left for hundreds of future generations to deal with. 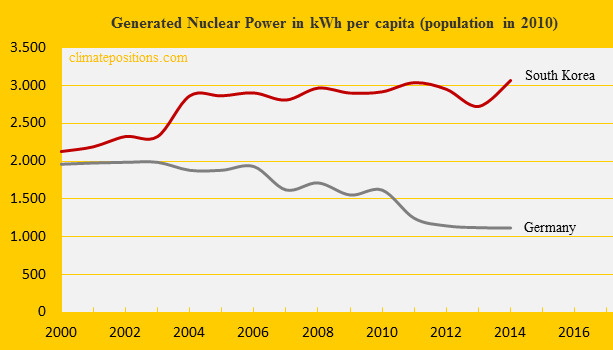 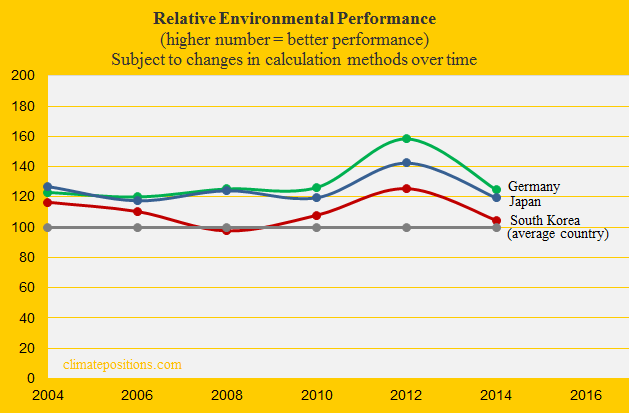 The diagram below shows the development of GDP(ppp-$) since 2000, in comparison with China, Russia, Japan, Germany and the world average. 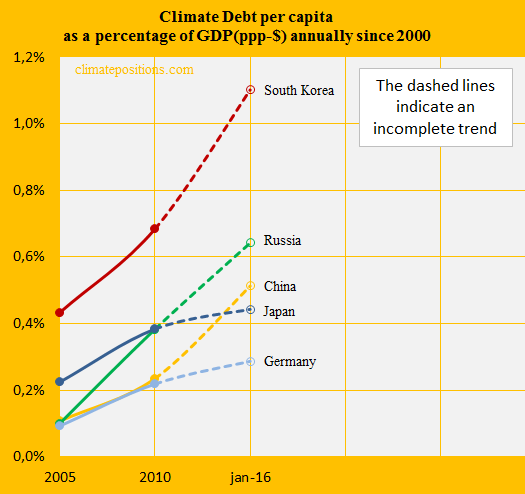 The last diagram shows the per capita Climate Debt since 2005, with the world average set at 100. In real money the accumulated total Climate Debt of South Korea increased from $89 billion in 2010 to $222 billion by January 2016 (see the ‘Ranking’), or 3.90% of the global Climate Debt. 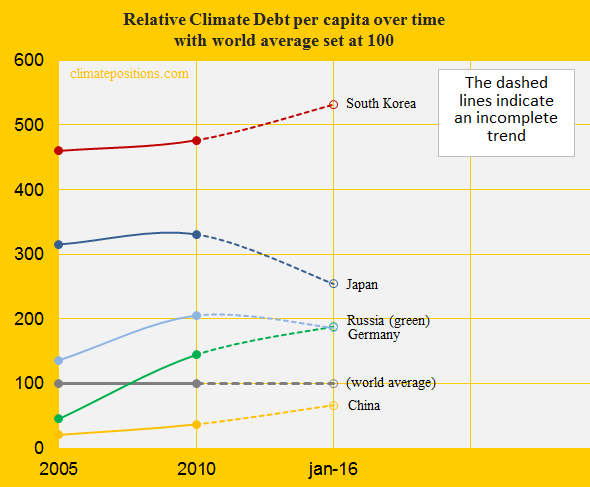