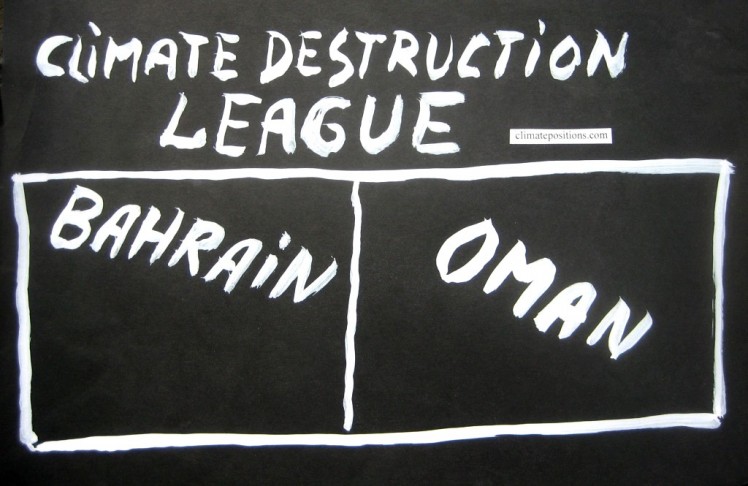 The first two diagrams show the CO2 Emissions per capita in decades (black bars) in comparison with the world average (grey bars). The green bars show the Contribution Free Level in ClimatePositions – the free level is determined by the level of CO2 Emissions in the 1990s and a number of continuously updated ‘indicators’.

Note that the Bahraini population has doubled between 2000 and 2014 (almost 55% of the population is immigrants¹), while Oman’s population has increased by a third over the same period. Increases of total CO2 Emissions from fossil fuels and the total Climate Debts are therefore even more catastrophic than per capita trends.

The next diagram shows the GDP(ppp-$) per capita of Bahrain, Oman, United States, China, Russia and the world average. The first three are among the 18 richest countries in the world, with 8% of the world’s population. 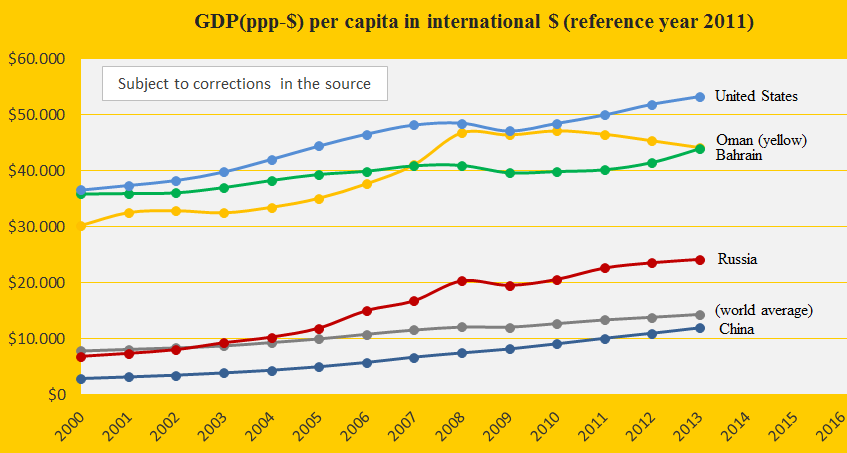 The diagram below shows the accumulated Climate Debt as percentages of the GDP(ppp-$) annually since 2000, of Bahrain, Oman, United States, China and Russia. See the ‘ranking’. 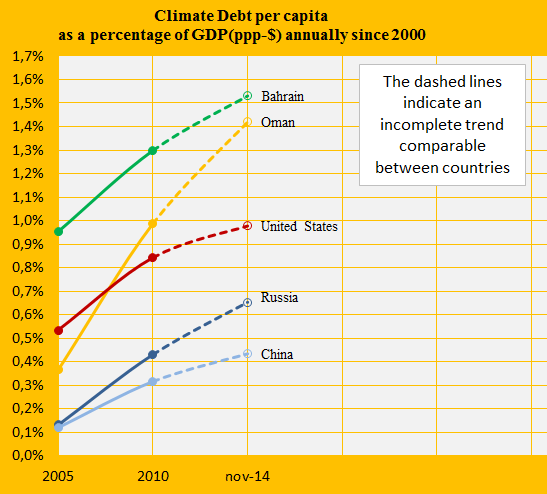 The last diagram (below) shows the relative Climate Debt since 2005 of Bahrain, Oman and United States, with the world average set at 100. Economic growth without appropriate CO2 Emission reductions leads to an up-going curve. Note that the dashed lines are incomplete trends based on preliminary estimates. The pathways to Climate Destruction League of the two Middle East countries are very different. 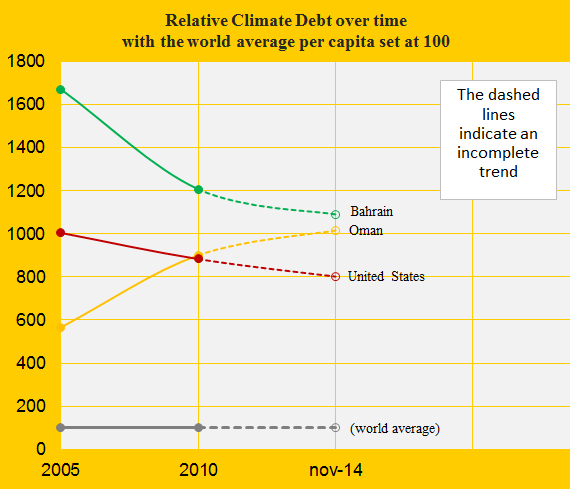 A hypothetical example: Had Oman maintained the level of CO2 Emissions per capita since 1990s (7.5 tons) until today, and all other indicators were unchanged, then the present Climate Debt would have been below $7 Billion instead of $25 Billion.